In Loop Hero, you aren’t going to be successful without gathering enough resources. These materials are the building blocks to expanding your settlement, which will in turn increase your abilities and unlock new tiles for inclusion in your deck.

For that reason, it seemed like a good idea to take a brief look at all of the game’s core resources, how they can be gathered, and how they evolve over time.

The first key element to consider is Wood. While you can’t actually get a piece of Wood on its own in Loop Hero, you instead gather up Branches. These are eventually bundled together to create proper Wood. Branches will drop from either killing anything in a Grove, simply walking through a Grove tile, Treasury payouts, or chests.

Metal is another element that is a bit more difficult to come by for beginners. Scraps need to be collected and melded into useful metallic materials. Mercifully, this is an automatic process. There are only a couple of ways to acquire Scraps, including as a Treasury drop or as a benefit from letting items, not tiles, fall off of your inventory without being used. 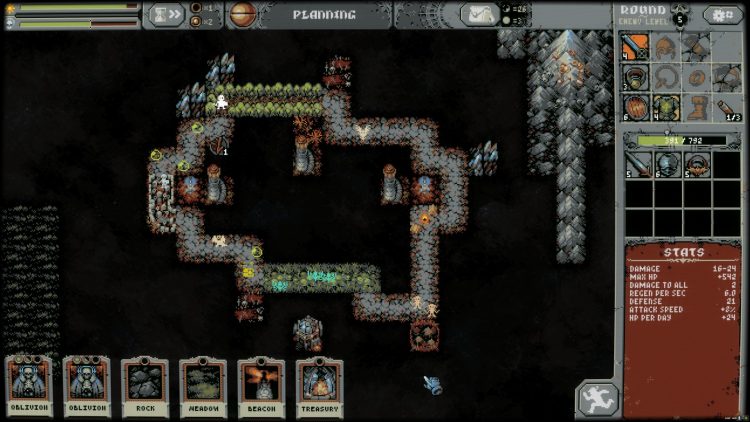 Similar to the Wood, in Loop Hero, Rocks can’t be collected directly. In this case, you should grab all of the pebbles you can find, which eventually morph into rocks. You can find pebbles when passing through the Cemetery tile, a Treasury payout, or from adjoining Rocks/Mountain tiles.

Supplies follow the exact trend as the prior several elements and are formed by collecting large numbers of Rations. Though they are a bit tougher to come by, Rations are gathered from farms in your settlement, placement of Wheat Field tiles, Meadows, and Treasury drops.

Thinking outside the box

Loop Hero has one particular item that is a bit odder to describe: Book of Memories. In order to create one, you’ll need to let tiles fall off of the list on the bottom of the screen without ever being used. The created Fragments eventually meld together into one of the Books. Additionally, you can pull in Fragments from dispatching Watchers, but that is a whole different challenge entirely. Early on, letting tiles expire is going to be the easiest route to Memories, by a long shot. 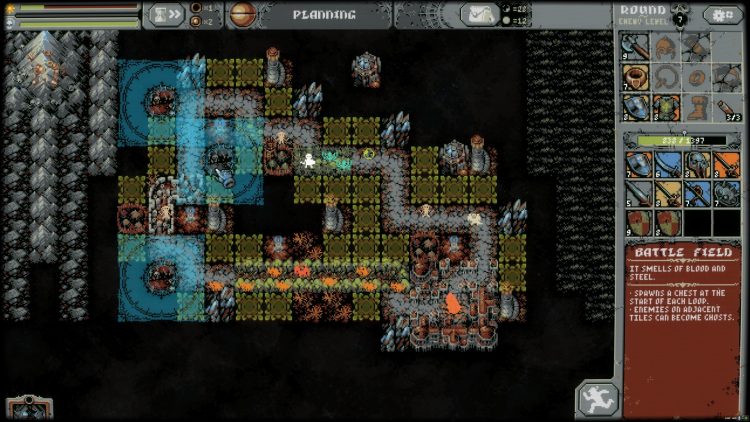 Metamorphosis is another element that has a very unclear source. In order to create one, you must first create the Change resource, which generates when any tiles’ state changes via an upgrade. As covered in our review, the most straightforward example would be combining Rock/Mountain tiles in a 3×3 grid to form a Mountain Peak. This process will net 9 Changes, which will eventually meld into a fully formed metamorphosis orb.

One last odd element is the ominously named, Orb of Expansion. These resources are a bit more obvious to collect, by completing any battle consisting of greater than 4 monsters.

Are you feeling a little Lich-y?

The last class of resources in Loop Hero is exclusively available via the Lich Resources Pack. We’ll have more on how to earn the resource pack in a future guide. Among the items that can be found in that collection are Afterlife, Craft, Unity, Astral, and Evolution. 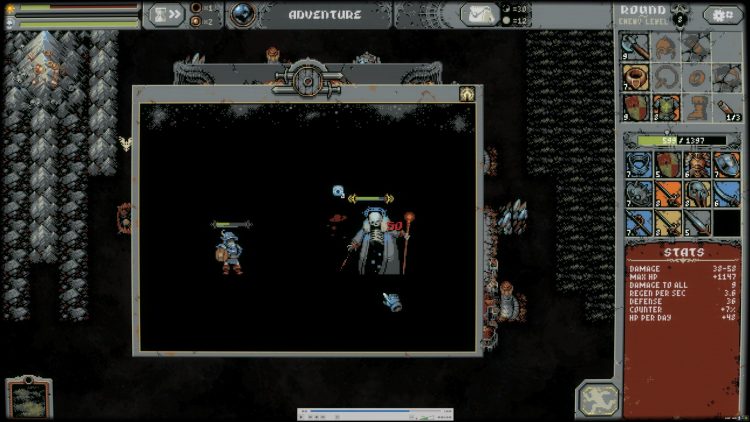 Wrapping things up is the Immortality resource, which can only be earned via killing a Lich. Happy hunting on that one, because it will keep you very busy for the foreseeable future. Best of luck putting these hints to good use and making your next time around the loop even more fruitful!

Loop Hero is currently available for purchase via Steam. For more help with games, check out our other guides.