Once in a while, I’ll come across a player using an impressively bad loadout. Sometimes I’m sure it’s just people playing around with unusual weapons and trying to have fun. But some of those players seem to think what they are using is actually viable. And yet the reality is that they’re either running some of the worst or outdated guns that Call of Duty: Warzone has to offer.

I’m not going to focus on the guns that I never see. For example, the Mk. 2 Carbine is extremely bad but the only time I’ve ever seen it used was an aimbot user trolling people. Assuming that you don’t only headshot like him, you don’t need me to tell you that using an 1895 lever action isn’t the best idea. So instead these are the five worst primary guns that I see people running regularly on their Warzone loadouts.

The AX-50 is not an unusable sniper rifle by Warzone standards. The likes of the Dragunov and M82 are far worse, but no one unironically runs either of them. My problem is that the AX-50 is used by a decent amount of players despite it being outclassed by several of its competitors.

A common myth thrown around amongst AX-50 faithful is that it handles far better than the HDR. This may be true for regular multiplayer but it does not apply to just about any Warzone build. Once you throw on both the 32″ Factory Barrel and Monolithic Suppressor, the AX-50 takes 560 ms to aim in. With the same heavy attachments equipped, the HDR comes in at 573 ms. 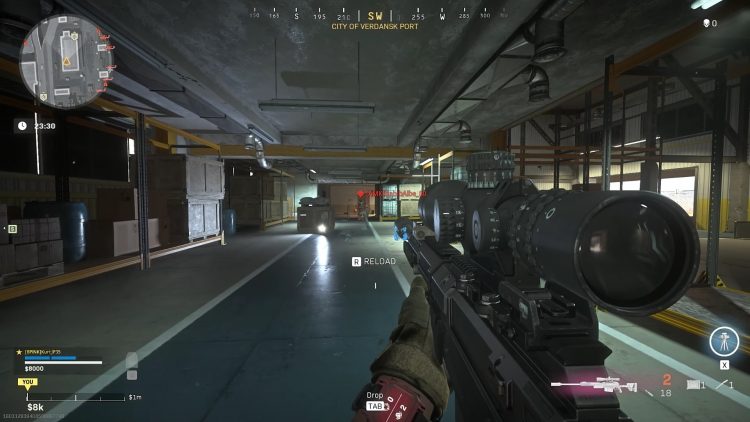 Is 13 ms really worth tolerating the slower bullet velocity, more awkward magnification, and longer reload time? And that’s only how it shapes up against the HDR which isn’t even necessarily meta right now. When compared to the best in slot Kar98k, the AX-50 looks even worse.

The Kar98k has the same one-shot kill potential but scopes in over 200 ms faster. If that’s not enough, the Kar98k only has a marginally worse bullet velocity and provides far superior mobility. A similar argument can be made for the SP-R 207 too. Honestly, the AX-50 was never worth using. But after six seasons of power creep, it’s now become one of the worst offenders for bad guns players use too often in Warzone.

Putting the Bruen MK9 on this list hurts me as it was once my favorite gun in Modern Warfare. I was rocking this thing way back during the Grau meta before it got so popular. But times have changed and a series of nerfs have left the Bruen in a tough spot.

Ranking as the 19th most used gun in Warzone, the Bruen is still the most popular light machine gun. This is strange as it just isn’t particularly good when compared to both the PKM and Stoner 63. I suspect some players just couldn’t be bothered to update their loadouts. But trust me, you shouldn’t be using the Bruen anymore. 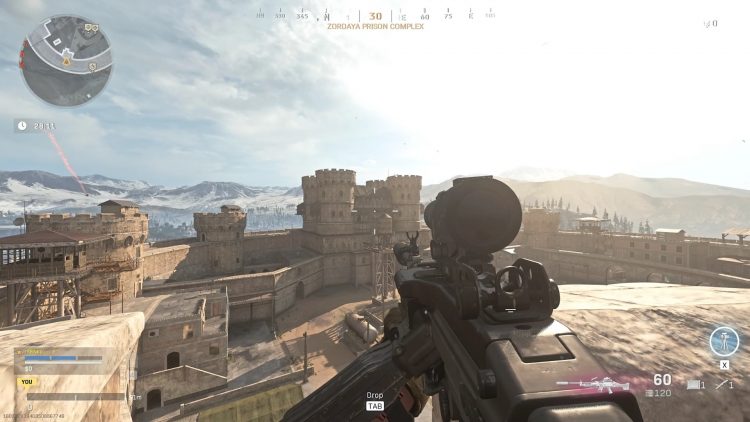 The old selling point of the Bruen was that when the No Stock and 60 Round Magazines attachment were used together, its handling was incredible. You ended up with a gun that had all the perks of being an LMG whilst handling like an assault rifle. But both of these attachments got hard nerfed and now provide a joint 38% increase to vertical recoil.

This resulted in the Bruen going from the number one laser-accurate primary to outright dead content. If that wasn’t enough for Infinity Ward, they even dialed back its damage making it more comparable to the SA87 than anything else. And I’m sure you weren’t considering using the SA87.

This inclusion is going to upset some players. Truth be told, the Bullfrog is a good gun and probably the best weapon featured on this list. It would be completely unfair to call it one of the worst guns in Warzone. But I still don’t think it’s worth using as the submachine gun category is so stacked. Warzone offers at least four better alternatives for this slot: MAC-10, Modern Warfare‘s MP5, Cold War‘s MP5, and the MP7.

The Bullfrog scores a time to kill of 559 ms. Although not terrible, this still places it as low as eighth amongst submachine guns. And it’s not like the Bullfrog performs better at long range either. Beyond 25 meters it’ll take 959 ms to kill an enemy with three armor plates. That’s not quick at all by the current meta’s standards. 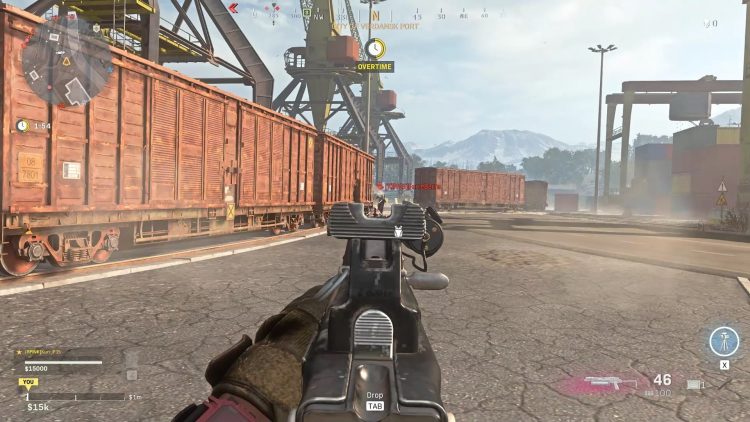 Also, the Bullfrog features some of the worst iron sights in Warzone. On a submachine gun, the iron sights can single-handedly sell a gun since it saves a vital attachment slot. Being able to run a stock or extra grip instead of an optic can be the determining factor of who wins a gunfight.

I will acknowledge that the Bullfrog’s unique VDV 85 Rnd Fast Mag attachment is incredible. It gives you enough stopping power to down a full four-man squad without reloading once. But the MP7 has a similarly good 60 Round Mags attachment, easier to use iron sights, and performs better at long range.

When Season 1 released in December, the DMR-14 was by far the best gun in Warzone. In terms of damage per shot, it performed similarly to the existing FAL. However, it had a couple of notable traits that elevated it above any of its competitors.

For one, it originally had a rate of fire of 482 rounds per minute which is fast for a semi-auto rifle. You could reload a whole 20 round clip in just 1.6 seconds and, best of all, it hardly had any recoil. This made it possible to spam fire the DMR-14 from over 100 meters away and down an enemy in just 490 ms. And that’s not even taking into account any extra damage scored from headshots. 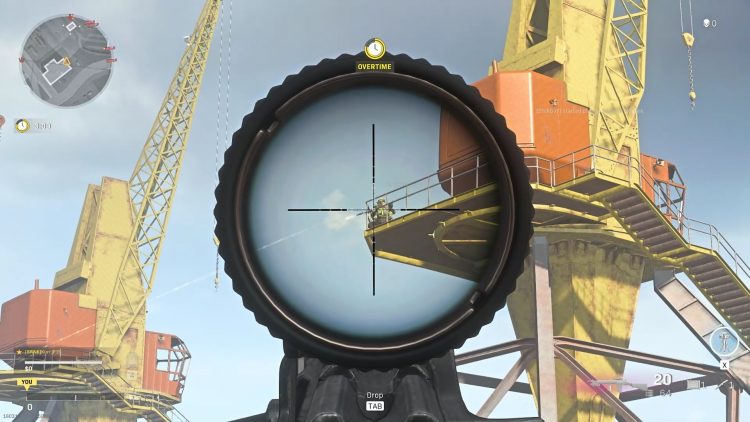 But after an outcry from the community, Raven Software hit the DMR-14 with two nerfs. They dumped its effective range by a staggering 70% and drastically increased its recoil. After these changes, it is still a decent weapon but is widely outclassed by several automatic guns.

To be fair, it’s by no means one of the worst guns in Warzone. But the nerfs it received were substantial and have left it as a niche choice. Given that it’s now only competitive at mid-range, the FAL’s superior mobility and better fire rate probably give it the edge. And even then, both lose out to other top-tier assault rifles like the CR-56 AMAX.

Look, I get it. When Warzone first released last year the Grau was untouchable. Despite having so-so weapon handling, it was by far the most accurate rifle in Warzone. Furthermore, its decent damage profile basically made it a superior version of the M13.

But it’s been twelve months and this gun just isn’t what it once was. Despite being the sixth most commonly used weapon in Warzone, I wouldn’t even rank the Grau as one of the battle royale’s top 15 weapons. Ever since it got nerfed way back in June, the Grau has not been a good gun. 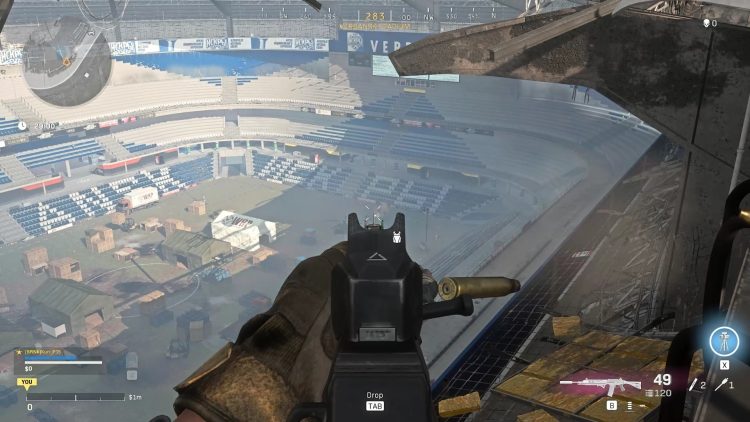 It’s time to kill leaves it outclassed by several non-meta rifles such as the AN-94 and XM4. When compared to the meta CR-56 AMAX and FFAR 1, the gap begins to grow embarrassingly large. Despite not handling any better, the Grau’s time to kill of 658 ms is 32% slower than the CR-56’s 476 ms.

About the only thing the Grau still has going for it is its predictable recoil pattern. With a commando foregrip equipped, this assault rifle does kick mostly straight vertical. This makes it appealing as it’s easy enough to control, especially for controller players. But even then I’d point you to the M4A1 or FFAR 1 which are hardly mechanically demanding guns either.