The OnePlus Nord N10 5G is a very capable phone for the price but, aside from 5G connectivity, there’s little on offer to differentiate it in this increasingly competitive segment of the market.

The OnePlus N10 5G is the latest low-to-mid-range smartphone aiming to wrestle control of the affordable market from Motorola’s iconic Moto G line.

It comes packed with all the hardware you’d expect from a handset with such lofty goals, with highlights including 5G connectivity and a super-fast 90Hz refresh rate screen – two features that even a year ago you’d only see on more expensive handsets.

Following more than a month with the Nord, I can confirm it is indeed a very impressive handset – and one of the best cheap phones with 5G you can get right now. The downside is that it fails to fully deliver in a couple of key areas, making it only a great, not perfect, phone.

Nord N10 5G design – It doesn’t have the wow factor

The Nord N10 5G sports a very similar design to most of the phones I test at this price. As such, it has a super-shiny plastic – not glass – back and a Gorilla Glass front with a hole-punch camera housing. If this sounds familiar, it should; design-wise, it’s pretty much identical to the Moto G Pro and Moto G 5G Plus that passed through Trusted Labs last year.

Taking the phone out of the box, the midnight blue adds a welcome touch of class and the phone does feel reasonably well built. But the plastic rear is a fingerprint magnet and suffers a couple of millimetres of flex when pressed. So if you want to keep the phone in a clean state, I’d advise picking up a case.

The lack of an IP68 rating is pretty standard at this price, and no surprise given that OnePlus doesn’t bother getting water-resistance certification for its flagships, in a bid to cut costs.

The Nord N10 5G does come with the trimmings you’d expect, though. On its rear you’ll find a centrally placed fingerprint scanner, positioned to sit where your index finger naturally falls. During testing, it proved suitably accurate. The only time I experienced repeated failures to recognise my digit was when using the phone in the rain.

The handset’s slightly curved glass screen cover also makes it suitably comfortable to hold and use one-handed, although the smooth plastic can become fairly slippery when wet. 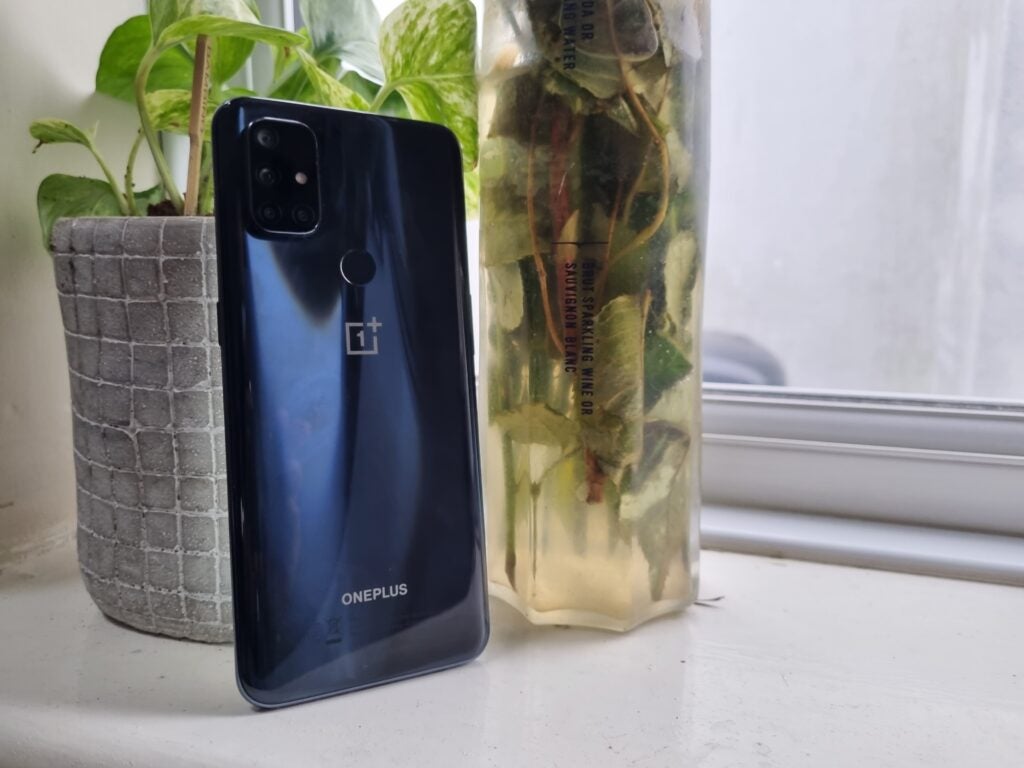 I’m also a big fan of the fact OnePlus has retained the increasingly rare 3.5mm and microSD inputs as part of the design. The 3.5mm jack will allow you to use cabled headphones and peripherals with the phone, while the inclusion of the microSD will mean you can upgrade the N10’s 128GB of internal storage to 512GB.

My only major issue is that, unlike most phones from OnePlus, the design of the Nord N10 5G is very similar to rival handsets, which is a shame given the company’s history.

Although we tend to go on about Moto Gs being the top dogs in the affordable phone market, OnePlus actually has a strong track record innovating in this space. Back in 2016, it released one of the most interesting budget phones I’ve ever tested, in the shape of the OnePlus X. The £200 handset was one of the best-looking on the market, and a cut above the competition thanks to its use of custom Onyx, or Ceramic materials.

Given how good the X was from a design perspective, it feels odd that OnePlus hasn’t opted to go down the same track with the Nord N10 5G.

Thankfully, my experience with the OnePlus Nord N10 5G’s display was far more positive; during testing it proved to be one of the best you’ll find at the price.

The 6.49-inch IPS panel doesn’t offer the punchy blacks of more expensive AMOLED screens, but it avoids a pitfall I experience on most competing affordable phones. Specifically, it doesn’t attempt to mask its LCD roots by overcooking the colours. This is a key tactic adopted by a lot of phone companies to make cheap screens look more vibrant. While some people like the added punch, it does in fact make the screen terrible for movie-watching, photo editing and pretty much any task where accuracy is key.

Which is the reason I appreciated OnePlus’s more relaxed approach with the Nord N10 5G. Out of the box colours look suitably accurate, if a little cool. This, plus the 1080 x 2400 resolution means that text and icons consistently looked sharp. For those who want the added punch, there’s also a slider control that ups the screen level to warm in the phone’s settings.

This, plus reasonably good max brightness levels meant that, despite the lack of HDR certification, the Nord N10 Plus screen is large and sufficiently well-calibrated on which to comfortably watch movies and TV shows. The only time it struggles is when you watch particularly murky scenes, such as that infamous battle in Game of Thrones. In these moments you’ll struggle to spot key details, but this is an issue on pretty much every affordable phone I test with an LCD panel.

I’m also a big fan of the phone’s high refresh rate. The Nord N10 5G is one of a growing sea of affordable-to-mid-range handsets to bring high refresh panels down in price. Specifically, on the Nord N10 5G it means you can set the screen to run at either 60Hz or 90Hz. Hertz is a metric used to measure how many images per second a screen displays. 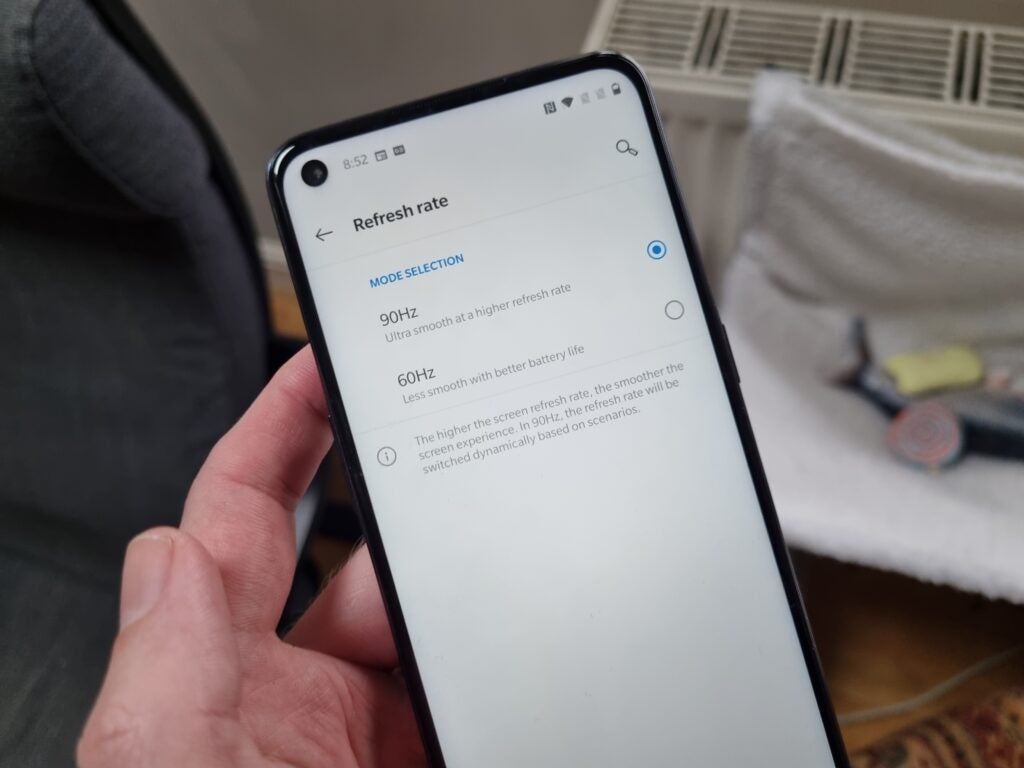 Traditionally, phones are locked to run at 60Hz. A higher refresh rate is a positive, since it makes the screen feel smoother to use in general. It can also offer a competitive advantage in reaction-based tasks such as online gaming, by reducing the delay between each new animation being shown. The only negative is that higher refresh rates put an added drain on the battery.

Testing the N10 5G, I found the tech worked well, making the handset one of the best at this price for PUBG and CoD Mobile. In general, games felt smoother to run – and for the past week I’ve been able to use the Nord N10 5G with the Razer Kishi to stream games in bed over the cloud using GeForce Now without hassle.

The main selling point for the Nord N10 5G is its next-generation connectivity. The phone is powered by Qualcomm’s Snapdragon 690 5G-ready chipset and 6GB of RAM. Currently, there aren’t many other such handsets on the market, with most other mid-rangers such as the Moto G 5G Plus using the Snapdragon 765G and costing a little more as a result.

In real-world use, the 690 performed admirably despite being unable to match the 7-series chip’s performance. Games universally ran fine, although I did find myself having to lower PUBGs settings to fully take advantage of the 90Hz refresh rate. Otherwise, apps opened instantly and I didn’t experience any slowdown or unduly long load times streaming video on Netflix and Disney Plus.

The only time I noticed the phone struggling was during more intensive tasks. Editing pictures in Photoshop Express, the Nord N10 would chug along, and the camera app felt a little sluggish, especially when trying to capture multiple images in rapid succession. In addition, media-heavy websites would take a fraction of second longer to load than they did on competing phones with the 765 chipset, such as the Moto G 5G Plus and Pixel 4a 5G.

The OnePlus Nord N10’s synthetic benchmark scores mirrored my real-world experience. You can see how it performed in the table below. Benchmarks are synthetic tests designed to let you gauge various details of a phone’s performance using simulated processes. 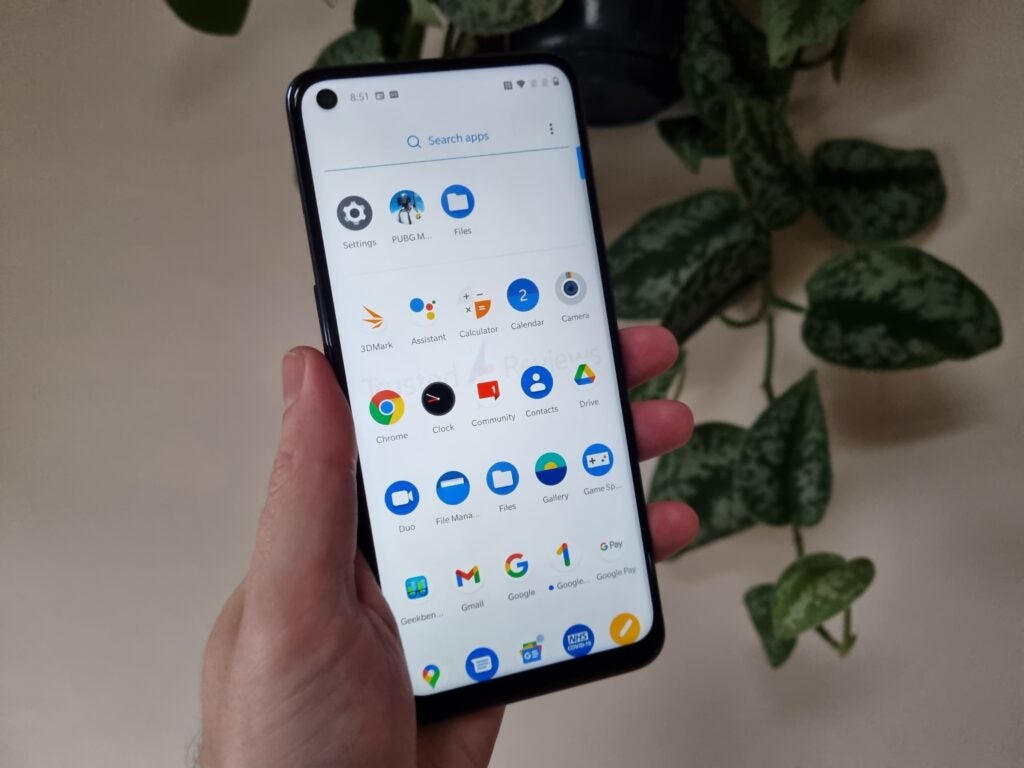 Aside from the notable exception of Google’s Pixel 4a and 4a 5G, I’m yet to review a mid-range or budget phone recently with a camera I’d describe as anything but usable. This remains the case having reviewed the OnePlus Nord N10, which won’t be making its way onto our best camera phone list.

To a layperson, the above specification may sound almost flagship-level: with that many sensors it has to be good, right? But being blunt, as is the case with megapixels, a higher number of sensors isn’t indicative of solid photo quality. It’s about the quality of the parts, their setup and the processing that takes place in the back-end. 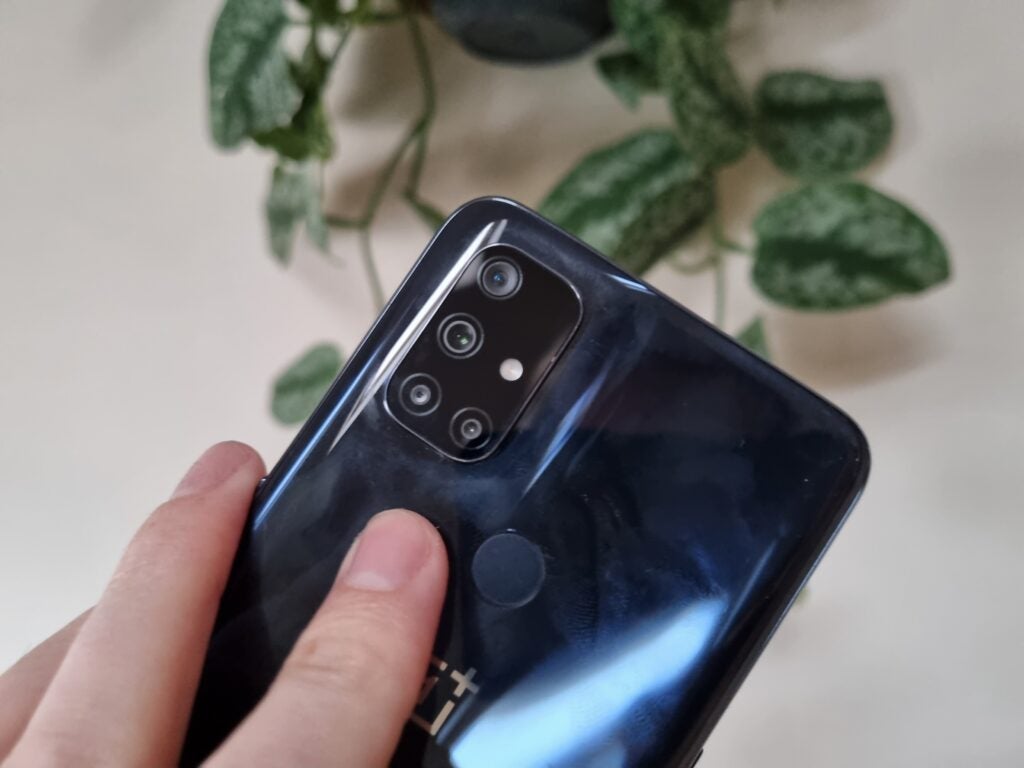 Opening up the app, I found the OnePlus N10 5G’s camera distinctly average, even at this price. Like the Moto G Pro I tested last year, the less said about the extra sensors the better. The ultrawide is the only one of the three that can consistently capture usable photos for social media – and even then, look closely at captured shots and you’ll notice they uniformly look soft or display issues with focus. The monochrome only works when shooting in black and white; but it’s very slow, with a noticeable delay between pressing the capture button and an image being taken. The macro also suffers focusing issues, making it tough to use, especially when trying to capture fast-moving subjects such as my cats.

The main 64-megapixel sensor works better, and is capable of taking usable photos in regular light. However, the lack of any stabilisation means you’ll need a steady hand while shooting. The 64-megapixel sensor, which captures 16-megapixel images, manages to retain decent levels of detail and reasonably realistic-looking colours again, if you hold it steady. Low-light performance also isn’t anything to write home about. In dim conditions, focusing issues creep in and captured images usually suffer from noise.

You can see a selection of photos taken on the OnePlus Nord N10 5G below. 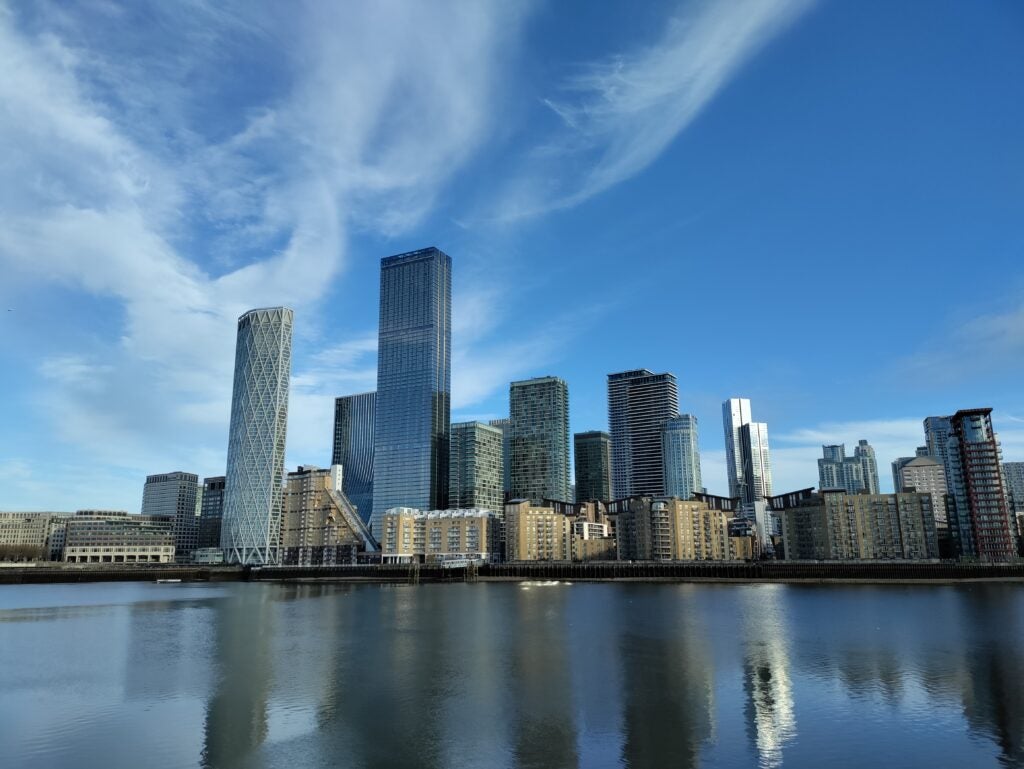 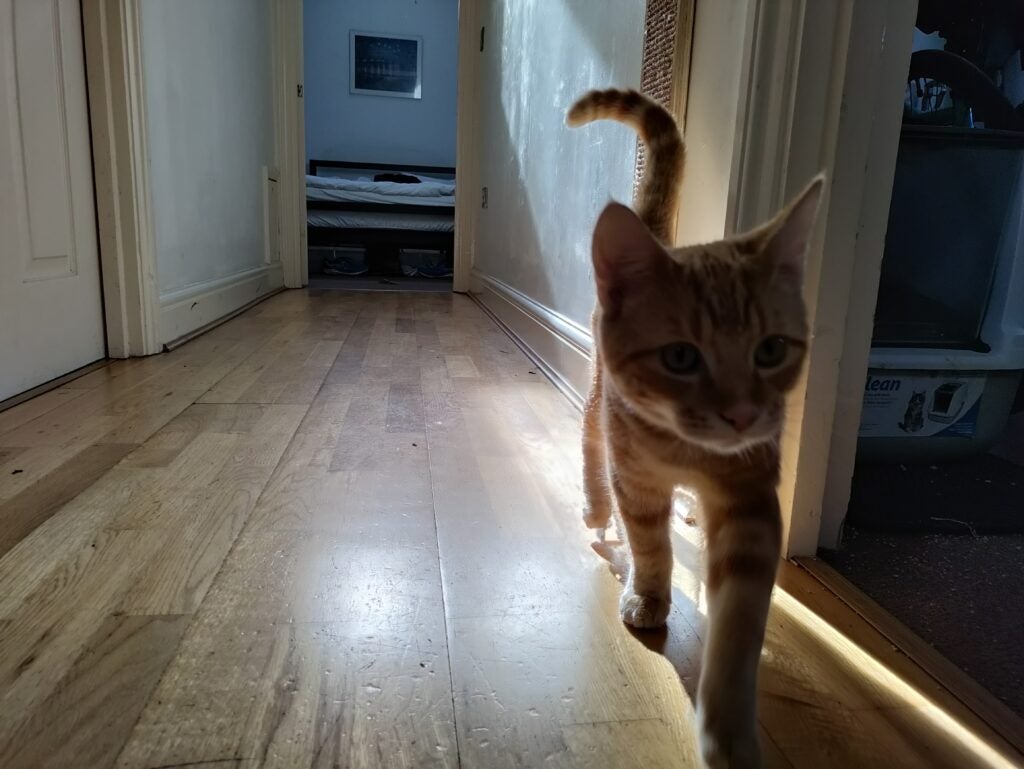 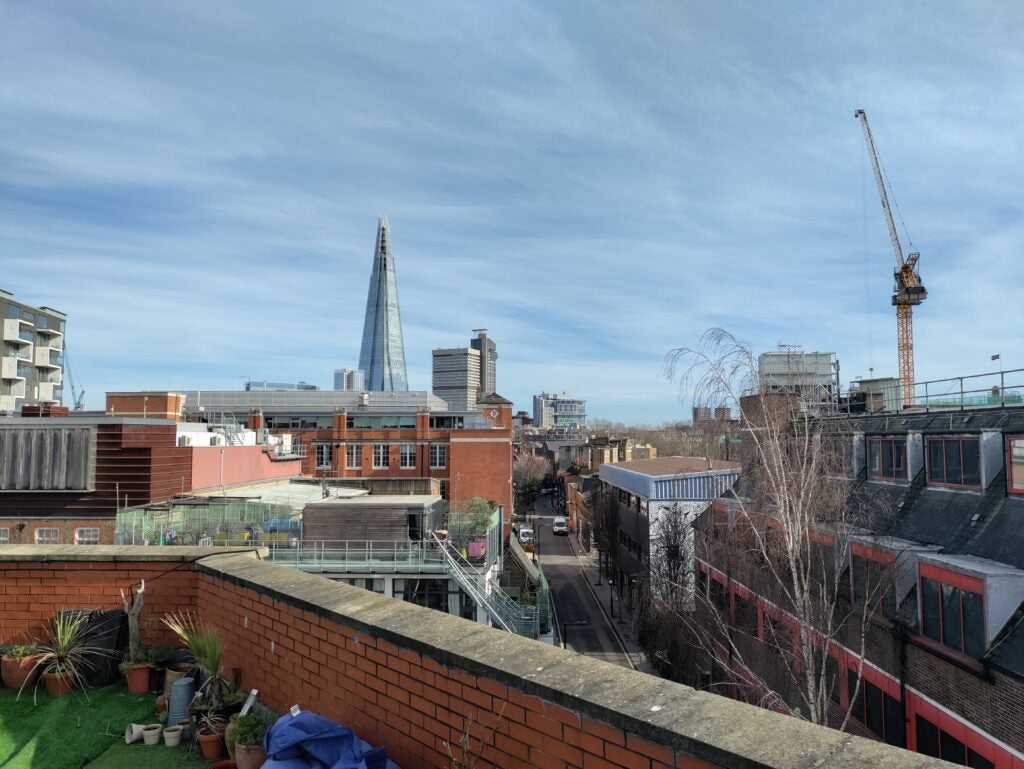 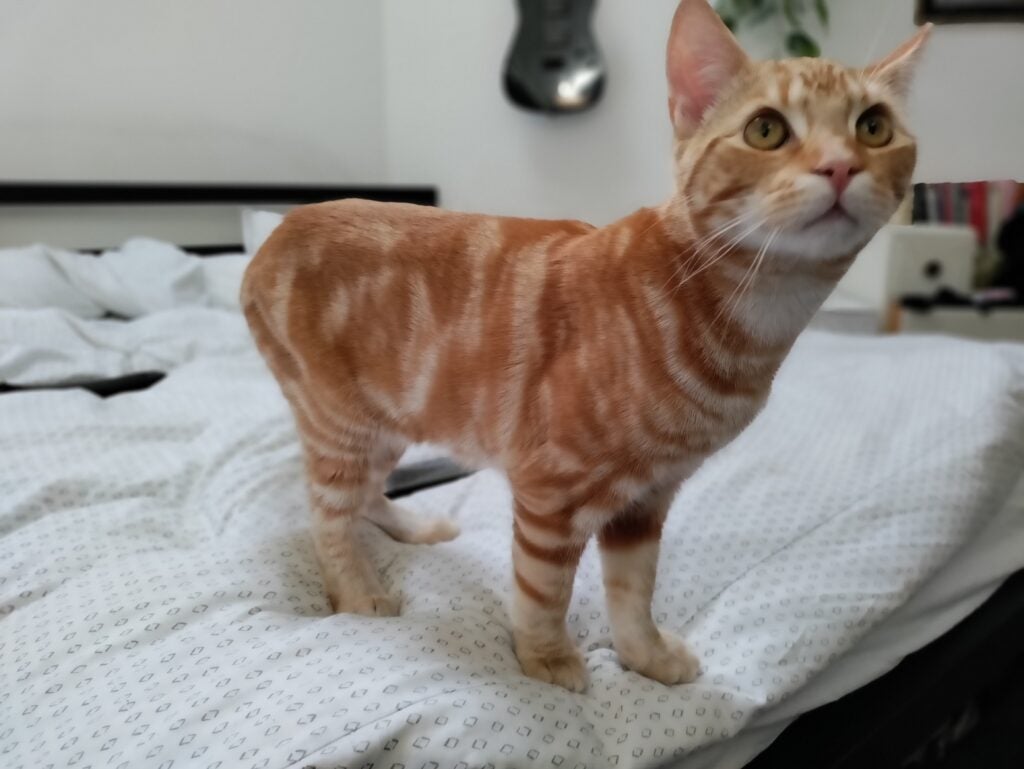 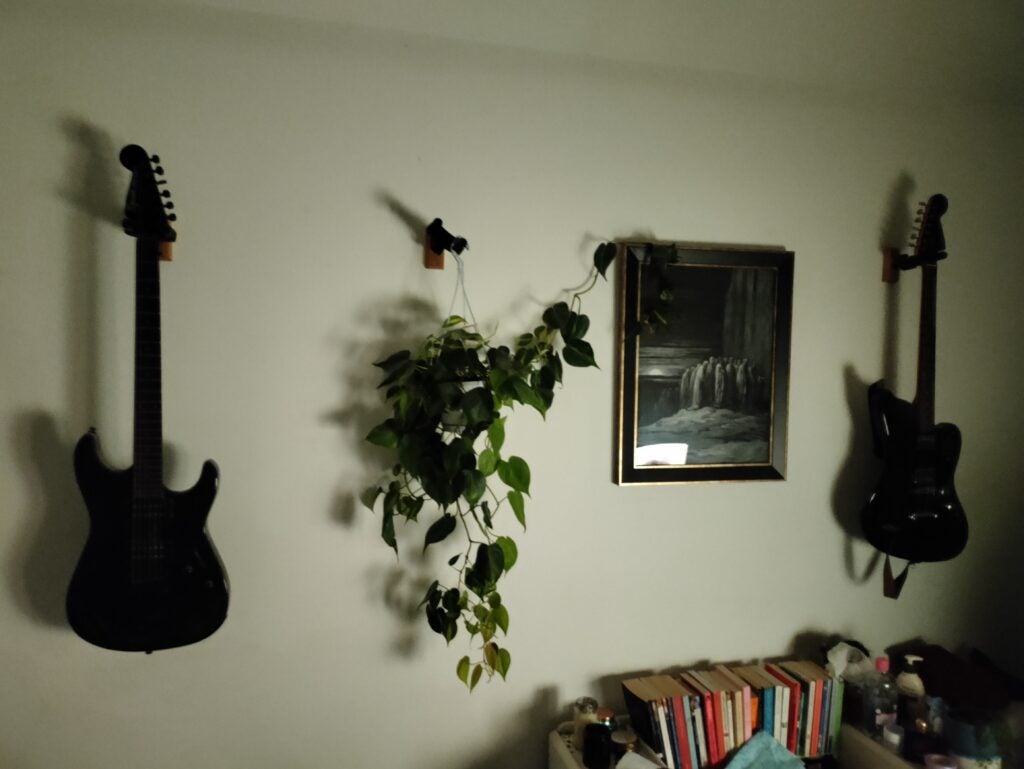 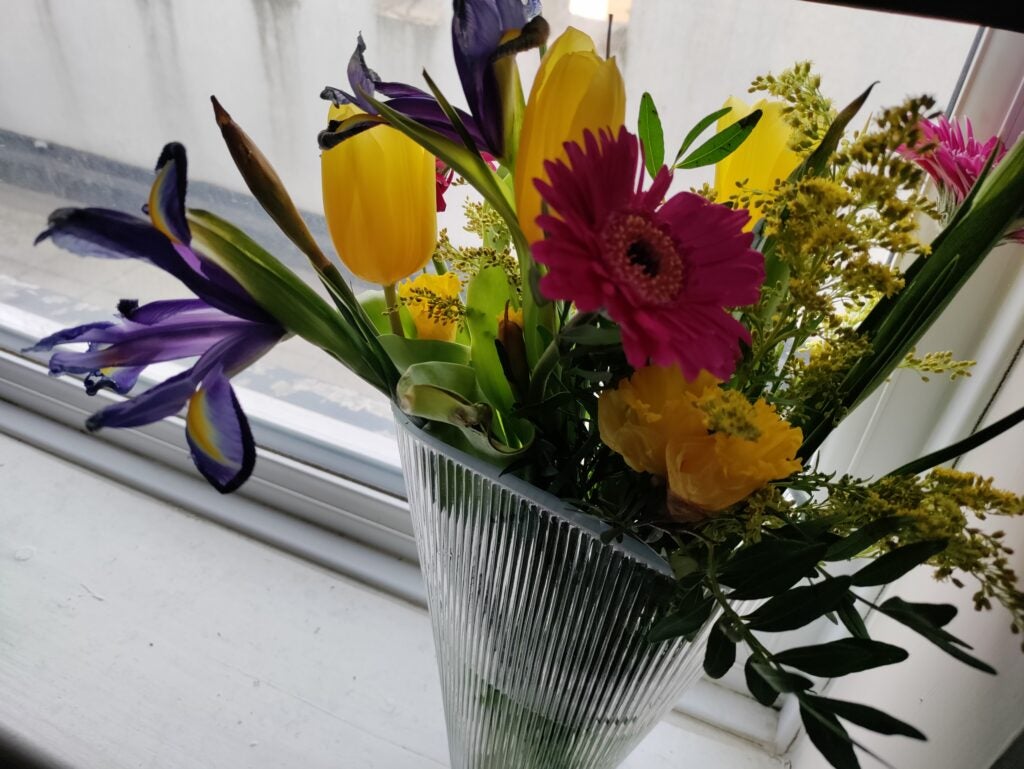 The Nord N10 5G doesn’t feature anything close to the behemoth 6000mAh battery seen in Motorola’s Moto G9 Power. Instead, it’s powered by a 4300mAh cell.

During testing, I found it offered solid battery life and would generally last between one to two day’s use from a single charge and using the phone as my primary work and personal handset. This entailed listening to music during my morning workout, regularly checking incoming messages and alerts, watching a few YouTube videos throughout the day, and an hour on GeForce Now ahead of bed.

You can add another day’s use if you downgrade the display to run at 60Hz – although, personally, I preferred the added smoothness of the 90Hz mode.

More intensive tasks do put a bigger drain on the battery, however. Streaming video with the screen brightness set to 150 nits, over Wi-Fi the phone lasted an average of 9-10% of its charge per hour. This is on a par with the figure I detected running the same test on the Moto G Pro late last year.

It’s a similar story with gaming. Playing demanding titles such as PUBG, the Nord N10 5G typically discharged between 18-20% of its battery per hour. This is a little higher than average and likely due to the 90Hz display. Lowering the refresh rate to 60Hz, the discharge figure went down to 12-15%. 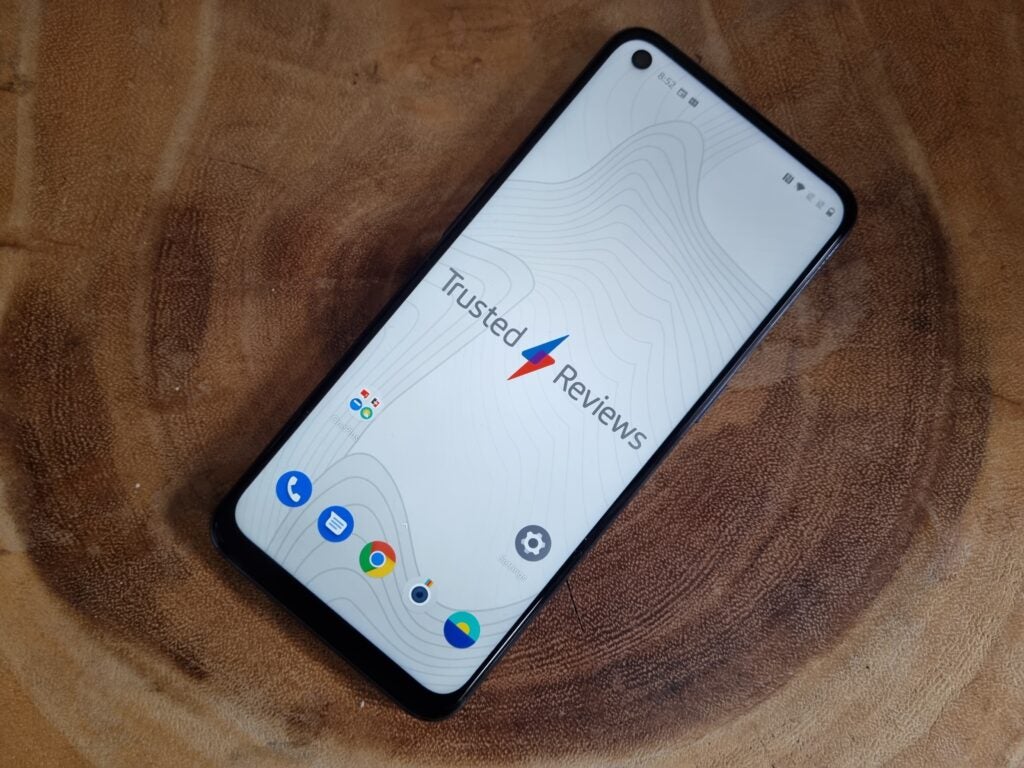 Alastair is in charge of Trusted Reviews’ and Recombu’s editorial output. He has over a decade’s experience as a journalist working in both B2C and B2B press. In his spare time he runs a webcomic.