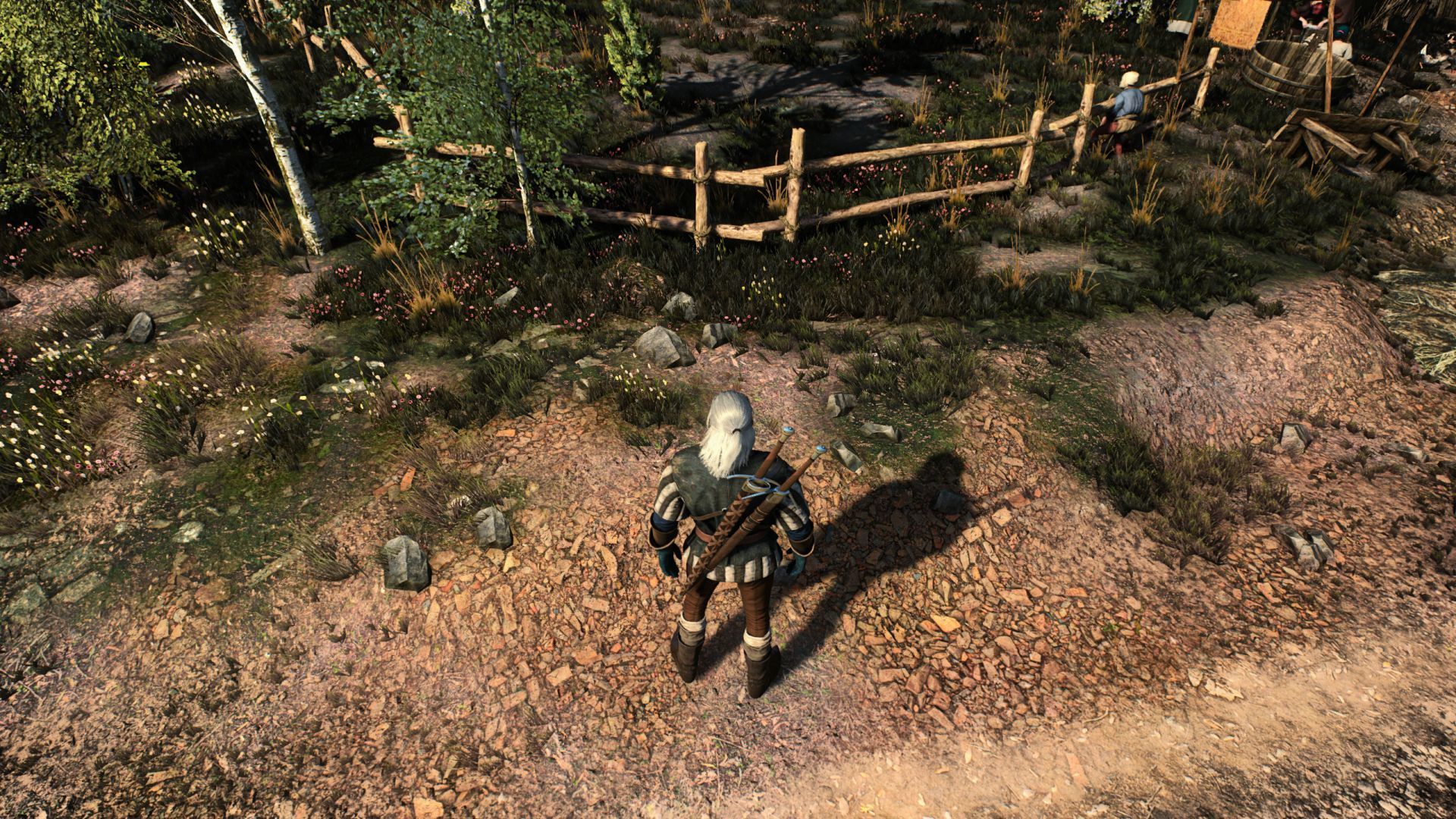 White Orchard is pretty stunning as-is, if a little ramshackle. The starting area where The Witcher 3 hero Geralt begins the RPG game’s adventure, with its gloomy, windswept look and that music, is a lovely place to get acquainted with the game when you’re out of the Kaer Morhen tutorial. Now, though, you can take it up a whole other level thanks to a new mod that overhauls its visuals with glorious photogrammetry-based 4K.

The creator behind some incredible Skyrim mods and Fallout 4 mods called – graphical overhaul series called ‘Textures Redone’ and ‘Texture Overhaul’, respectively – has posted a new treat on The Witcher 3’s slice of Nexus Mods. Their latest creation extensively reworks White Orchard’s own textures. “The mod will provide 4K professional made textures with PBR (physical-based rendering) features,” modder Gorgulla says, explaining that this isn’t “a simple recolour or a sharpen/upscale mod”.

The mod folds in 4K textures that have been crafted using photogrammetry – a process of recording and replicating information about real, physical objects and the world through photographic imagery. It adds rendered textures with a physical basis, as well as more “realistic” aspects that mirror the real world, such as shadow occlusion and reflections.

In brief, it seems the mod makes a big visual leap with the whole appearance of the White Orchard area, with up to four times the resolution and a more “seamless” terrain appearance through colour-correction. The images look incredible, with every inch of the village enhanced – from its stony paths to, well, everything.

Grab the game: Pick up The Witcher 3 here if you haven’t yet

If you’re keen to get a better look at the mod’s overhaul of The Witcher 3’s starting area or even grab it for yourself, you can find the mod at Nexus Mods right here. It’s only the first of Gorgulla’s Witcher 3 creations, but given they’ve enhanced multiple aspects of some of the other best open-world games on PC previously, perhaps we can keep our fingers crossed we’ll see more of the Continent overhauled in the future, too.