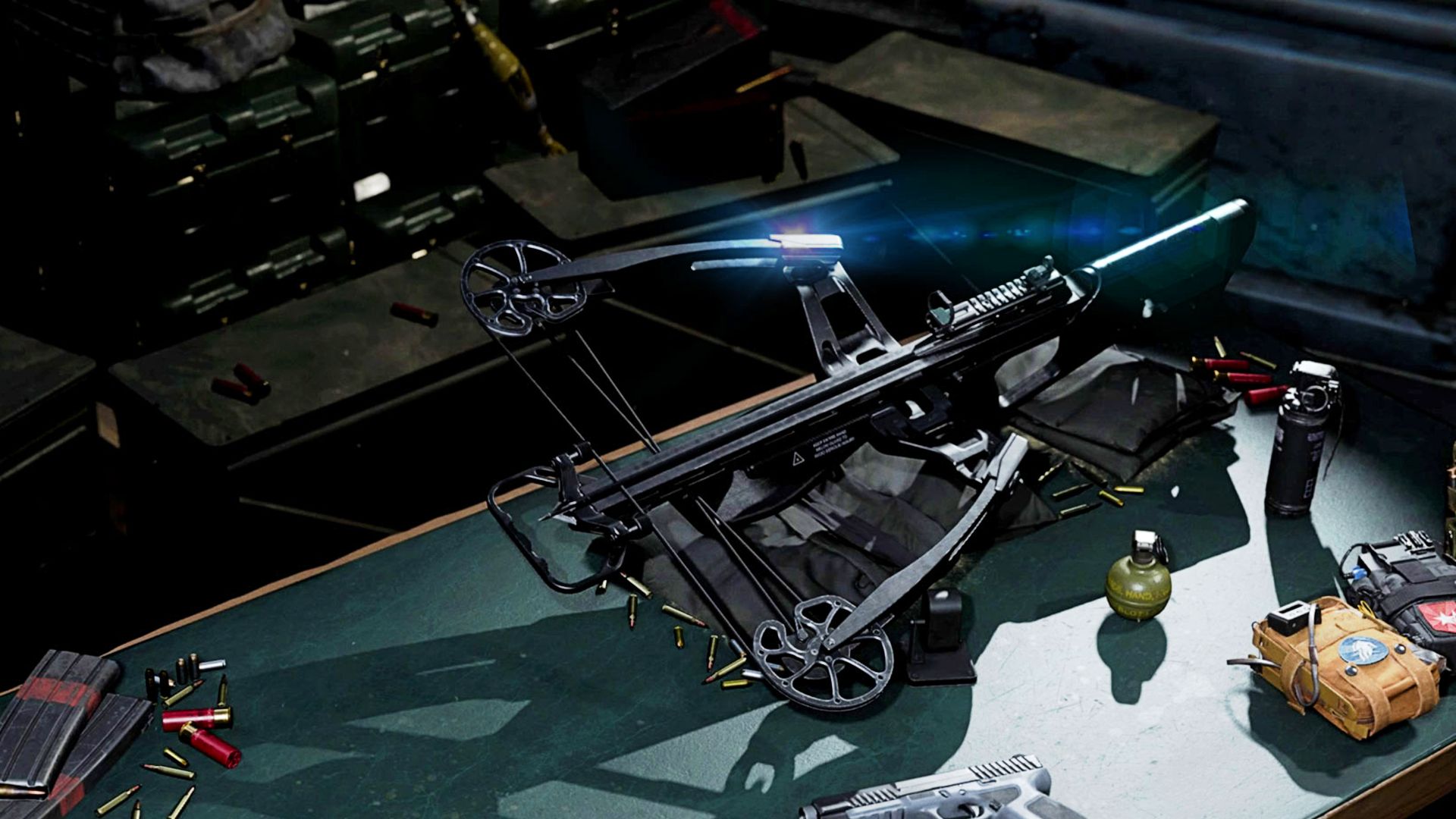 Our best Warzone Crossbow class setup is difficult to use, but if you learn the bolt drop and line your shots up right there’s no better weapon in battle royale. Most players have probably only used the Crossbow in Warzone during the pre-match lobby, where you’ll struggle to get a kill given the constant tide of players dropping in around you. If you do manage to snap a player with it though, you’ll notice they go down with a single bolt, even to the chest. While the best HDR Warzone class, Warzone Rytec, or AX-50 Warzone if you prefer, can down with a single hit to the head, even they’re not capable of a one-hit down to the upper body.

What’s more, depending on what bolts you’re using, the Crossbow can even finish the enemy you down with the after-effect, whether that’s explosive bolts or Thermite-tipped bolts. There are few things more infuriating in Warzone than downing a player in a window only for them to be revived and back in the fight seconds later.

The best Warzone crossbow setup is designed to take enemies completely out of the fight in a single shot. The attachments are designed for close and mid-range fights, with maximum bolt travel time and improved mobility – so no camping out in the air traffic control tower and trying to get cross-map kills.

The 16-Strand Cable and XRK Thunder 200 Lb arms ensure the least amount of bolt drop while maintaining high accuracy, making it generally easier to line up your shots and deliver those essential one-shot kills at range. The speed grip allows you to aim down sights rapidly, while the Sleight of Hand perk should make life more forgiving if you miss your first shot.

Related: Here is the best sniper rifle in Warzone

You can add an optic, but the standard sight is pretty good, and it doesn’t warp your sense of distance or bolt drop as much as using a sniper scope does. We’ve gone for the FTAC Fury 20″ Bolts as these not only down an enemy faster than the other options, they explode within seconds of hitting the target. Once you hit an enemy with a single bolt they will go down and almost instantly explode, stopping them from using a self revive.

As this weapon is so tricky to use you’ll definitely want something reliable as a backup weapon, so we recommend Overkill for your first Warzone loadout drop. For your second weapon we suggest the following as they’re all highly accurate, mobile, damaging, and shoot fast:

Make sure you have a Ghost class to switch to later so you can stay off enemy radars. For equipment, always go for the C4 and Heartbeat Sensor. Finally, we suggest Cold-Blooded and Amped for your other two perks. The former keeps you off thermal scopes and the latter is handy for swapping to your secondary weapon when you inevitably miss your first shot with the Crossbow and panic.

Sure, it’s not what you’ll see serious players packing, but if you want some highlight-worthy clips then taking this build out for a spin is a great way to start.