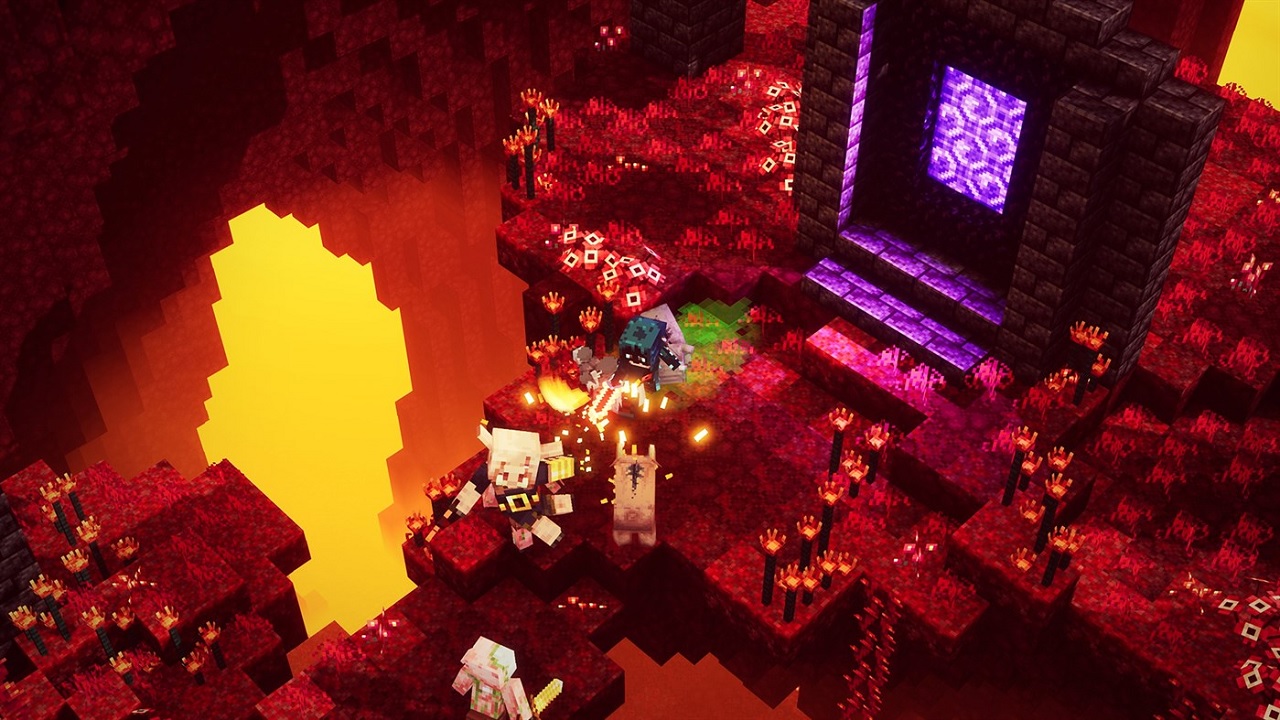 Minecraft Dungeons has seen its fair share of expansions since releasing last May. First came Jungle Awakens, then Creeping Winter followed suit and now a third major DLC has arrived. This new DLC, Flames of the Nether, is available to play in Minecraft Dungeons right now.

As the name would suggest, Flames of the Nether sees Minecraft Dungeons take its first step into the nether. For those who have spent the last decade living under a rock, the nether is Minecraft‘s underworld. It features a ton of lava, unique biomes, and several new enemies not encountered anywhere else.

Flames of the Nether details

Similar to the first two DLCs, Flames of the Nether can be purchased on the Windows Store for $5.99. Alternatively, you can buy Minecraft Dungeon‘s season pass for $19.99. The season pass gives access to both the Howling Peaks and Flames of the Nether DLC, as well as the next two upcoming unannounced expansions. As part of the new DLC, you’ll gain access to six new missions, two new skins, and a Baby Ghast pet. Also, there’s a ton of never-seen-before weapons, gear, and artifacts to collect.

Alongside the release of Flames of the Nether, Minecraft Dungeons is also getting its biggest free update yet. A huge new feature called Ancient Hunts opens up the possibility to earn strong Gilded gear and a new currency, Gold. Gold can be used to trade with a Piglin merchant in your camp to purchase gilded items.

One of the key aims of the Flames of the Nether update was to rework the end-game. As described by developer Måns Olson, his team wanted any new endgame content to be “highly replayable.” However, Olson also makes clear that this DLC is not trying to make any existing content less worthwhile. In other words, Mojang is aware of the danger of power creep.

For this reason, Gilded gear isn’t the best in slot everywhere you use it. Instead, Gilded items are often specialized and feature totally randomized properties. Every piece of Gilded gear will be either common, rare, or unique, with higher rarities having more powerful traits. You don’t need to own Flames of the Nether to acquire Gilded items but there is some content overlap.