Minetest, the Minecraft-like voxel game engine (and a basic game that comes with it) has a big new release out with Minetest 5.4.0 and it’s worth trying again.

As we covered before during the Release Candidate stage, one of the big features for users in this release is vastly easier modding with both small mod packs and entire games. Minetest had a way to browse and download them all directly in the game for a while, but now it will also actually download all the dependencies mods need – making it vastly easier to get what you want and then into a game. No more downloading one mod, then finding all the individual bits it needs. 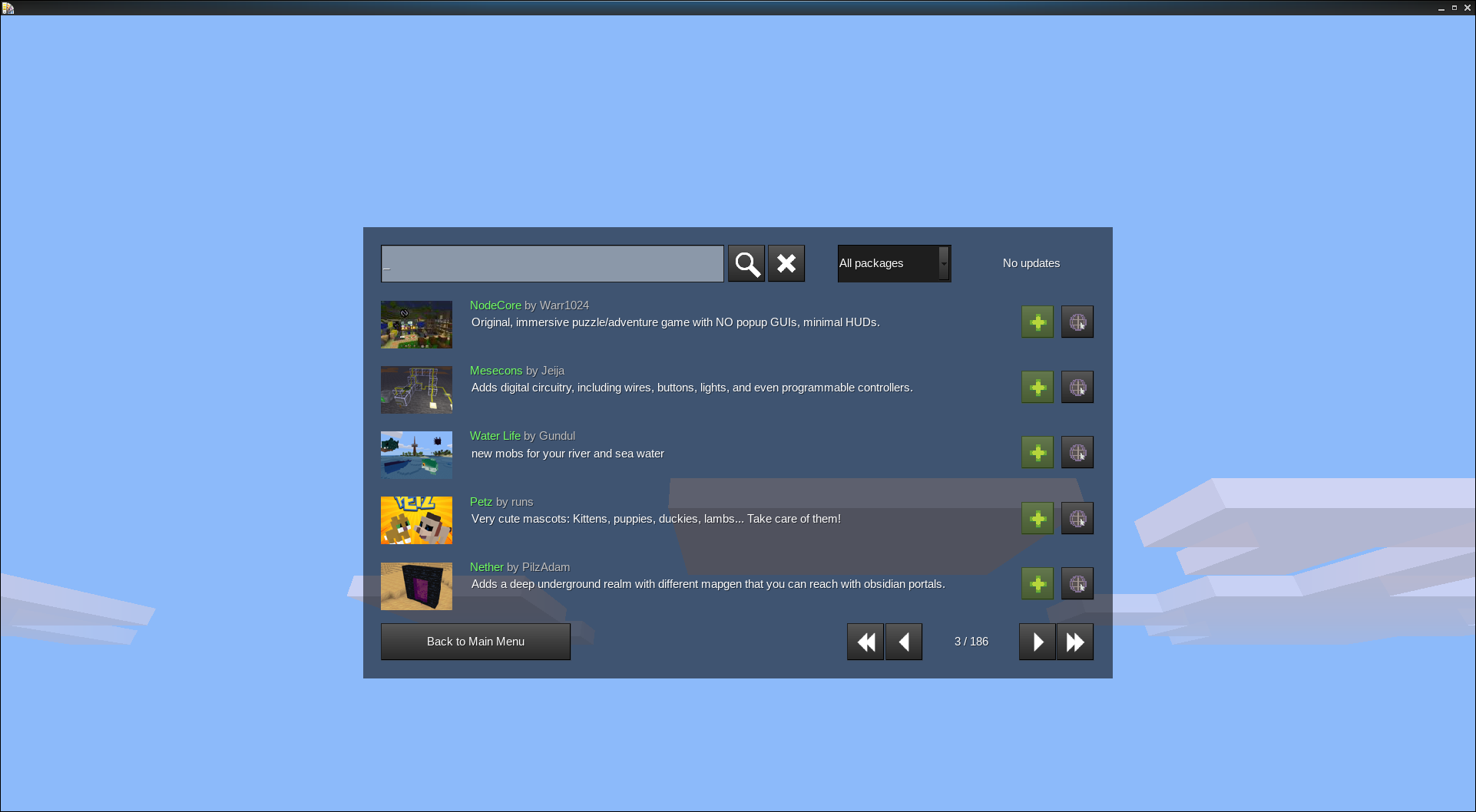 The built-in base game “Minetest Game” also went through a few enhancements. While quite bare-bones by itself, it does serve as a nice base to show off the engine and for extending with mods. With Minetest 5.4.0 it now has a crafting guide, 5 more wood variants, environmental sounds for lava and active furnaces, new translations and multiple bug fixes. So it continues the slow and steady build-up into something a bit bigger out of the box.

Other new features include the cross-hair changing when pointing at objects, freely bindable mouse buttons, name-tags for players now have a semi-transparent background, there’s a caverns option for the flat map generation, the ‘place’ and ‘fig’ keys are now freely configurable, lots of modding enhancements and plenty of bug fixes overall like stopping players being able to accessing inventories of others.

Really great to see this free and open source game engine and game doing so well. Going by the official server list, looks like quite a lot of people regularly play various games with Minetest, with multiple hundreds online at the time this article goes live – awesome!

Full changelog can be seen here. See more on the Minetest website.