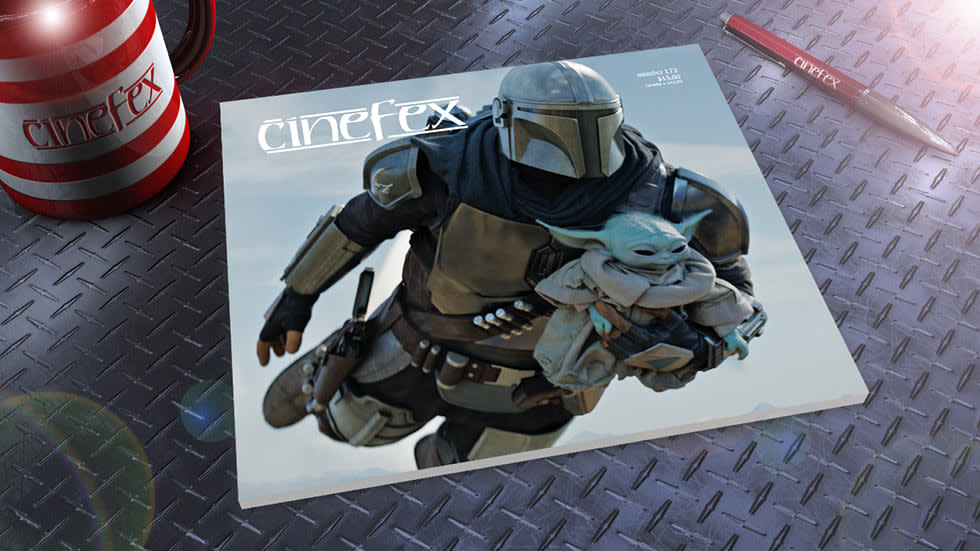 Cinefex, the bi-monthly magazine dedicated to the the world of visual effects in film and TV, is no more. Citing difficulties due to the COVID-19 pandemic, publisher Gregg Shay announced yesterday that the magazine’s recent 40th anniversary issue, featuring The Mandalorian, would be its last. “The pandemic deprived us of subject matter, retail outlets, and, most critically, advertisers, many of whom, like us, struggled to remain afloat in a climate of intense turmoil and uncertainty,” Shay said. “We did our best to weather the storm, but ultimately the storm prevailed.”

The news sent a shockwave through the film and visual effects world. “For 40 years Cinefex served as an incredible inspiration and resource to so many in the industry,” ILM said on Twitter. We are heartbroken ????.” Santa Monica Studio’s Cory Barlog, best known for spearheading the God of War series, recounted how Cinefex brought the world of VFX to his Midwestern town.

This is sad. Growing up in the Midwest, Cinefex was my window into the unknown world of film/VFX. Ultimately I did not end up in the film industry but this magazine fueled my imagination and convinced me to keep going. That it was possible to create things I love for a living.❤️ https://t.co/7H6GPiCeRM

For many, Cinefex, with its gorgeous colors and in-depth technical interviews, was a window into the magical world of Hollywood special effects. And it wasn’t some niche journal: You could easily find it nestled among Entertainment Weekly and other mainstream publications at book stores. One of my favorite past-times, pre-pandemic and having a toddler, was to settle into a book store coffee shop with a pile of film magazines. Typically, that’d include the latest Cinefex, Empire and horror love-fest Fangoria (if I was really lucky). I could rarely finish an entire Cinefex issue in one sitting, so I inevitably ended up buying it.

Cinefex magazine pulled the curtain back on how movies were made and was significantly responsible for sparking my enthusiasm for filmmaking and nurturing it for decades. This is a huge loss, and I’m very grateful for all of the knowledge and joy it has brought to all of us.

“I remember Being 11 years old, browsing at an actual bookstore and being pulled in by the covers (always an almost textless bold image of an epic film),” John LePore, principal and chief creative at the VFX studio Perception, told Engadget. [Be sure to check out our feature on how Perception’s UI design is being used by tech companies and film studios alike.] “It was always whatever movie my young mind was fascinated with. And you’d open the cover, peek inside, and it was nothing like all the other published materials about a film. There was this whole world of engineering and creativity that you only saw glimpses of in BTS featurettes. Cinefex examined this space with curiosity and incredible detail.”

While Cinefex pivoted a bit into the digital world with an iPad edition, its bread and butter was its gorgeous print magazines. It’s unclear if there’s a future for the publication by going completely digital, but we’ve reached out to Shay for comment.

“[Cinefex] was a huge inspiration to me, and I feel fortunate to not only have it as an aspirational target on my youth, but to have talked with one of their writers, Graham Edwards, on several occasions,” LePore added. “His deep fascination in the space helped to drive the incredible detail and insight in their articles.”