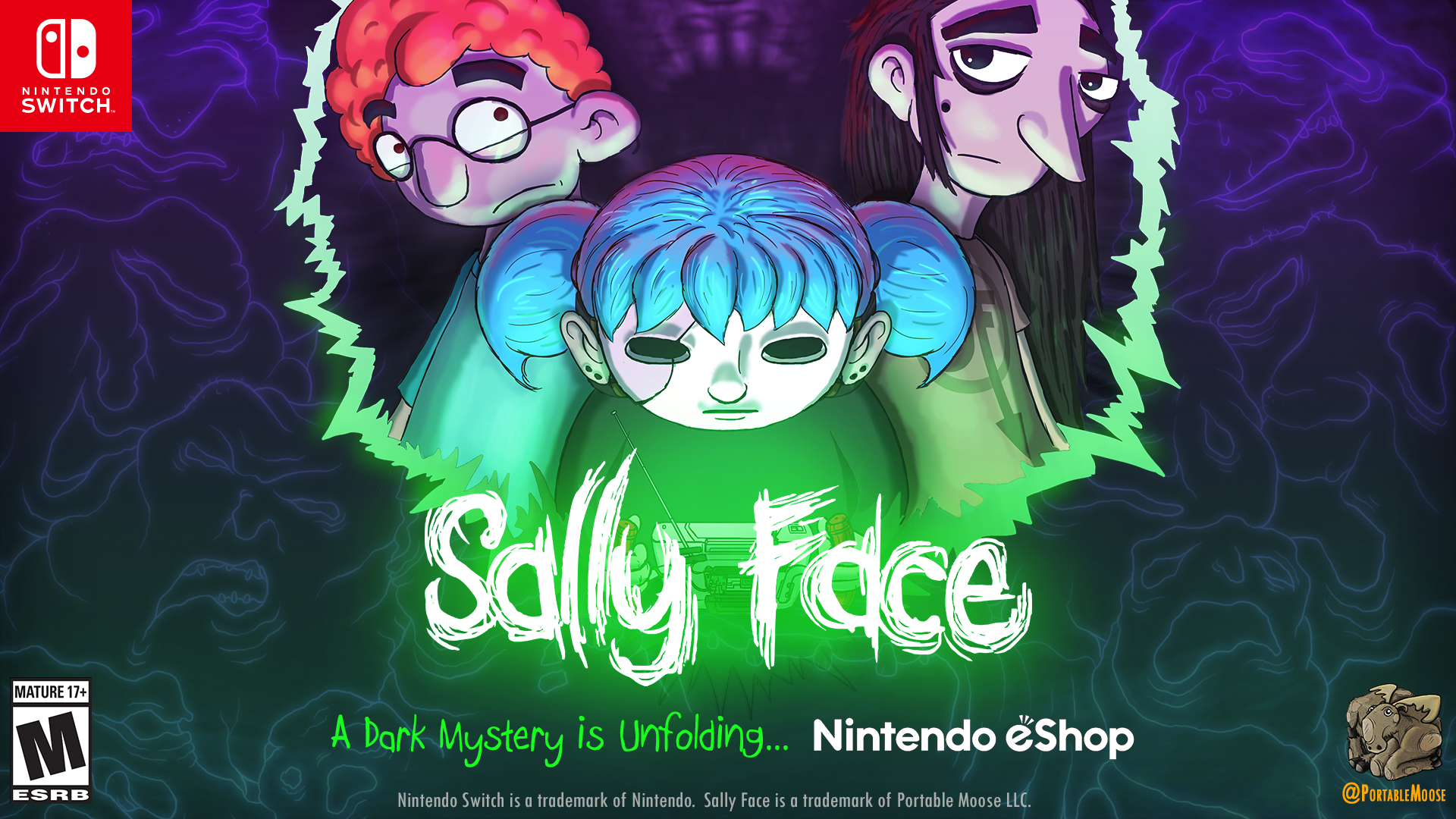 A dark mystery is unfolding on Nintendo Switch… Sally Face arrives on the eShop today, January 21st! Sally Face is a dark adventure game following a boy with a prosthetic face and his three friends, as they investigate a string of mysterious murders and supernatural happenings.

This release is a dream come true for Steve, who has been the sole developer on Sally Face since 2015. ”When I first started working on the game, my life was falling apart.” Steve says, “Sally Face saved me from a deep depression that I found myself in. It means everything to me to see people all over the world find a meaningful connection to my work.”

– ABOUT SALLY FACE –
A story-driven game, with a unique hand-drawn style, that deals with dark themes such as death, murder and suicide. Sal “Sally Face” Fisher uses his handheld video game system to speak with the dead and learn their stories. After a string of mysterious murders, Sal and his three friends discover something truly sinister casting shadows over their small town.