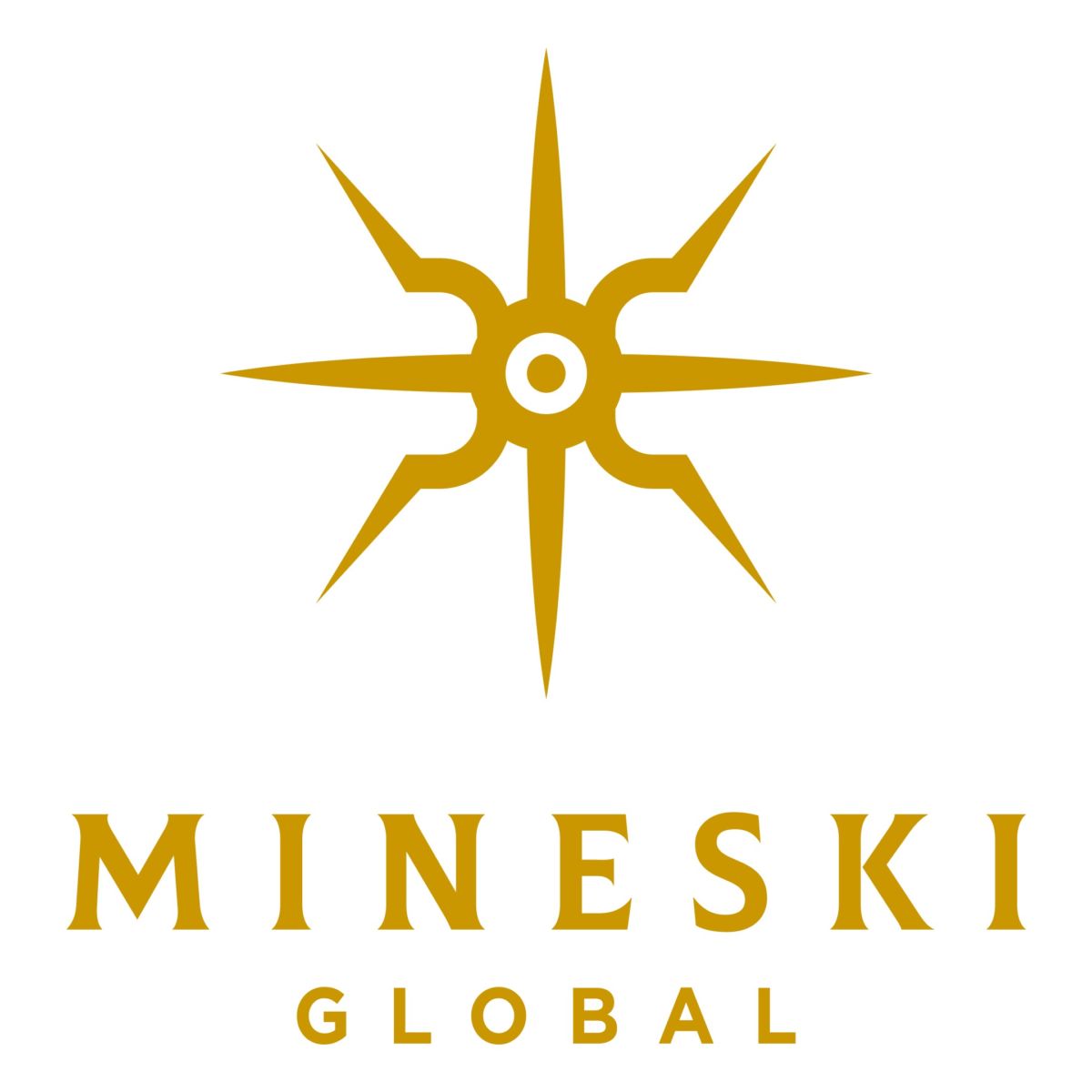 No longer just a leading esports company in Southeast Asia, Mineski Global has embarked on a new journey to be a catalyst for growth by unleashing the gamer in everyone, bringing brands closer to their customers, and finding new ways to continue engaging more audiences.

While 2020 put a damper on most industries, it did not stop the upward trajectory of esports across Southeast Asia. The esports and gaming industry was fortunate to have benefited from the pandemic’s strict safety protocols that hindered mobility, made working and studying from home the norm, and hastened the shift to digital for everyone.

2020 saw a higher proportion of smartphone users play mobile games. The global mobile gaming market is estimated to have reached USD 76 billion in worldwide revenue in 2020, a 12% increase from figures recorded the previous year. The year also saw a resurgence in sales of personal computers and peripherals, with lockdowns worldwide, leading to a 10.3% increase in PC gaming hardware. The World Health Organization even went as far as recommending video games as a way to stop the spread of COVID-19, one year after adding “gaming disorder” to its list of addictive behaviors.

It is projected that by 2021, the number of online mobile gamers in Southeast Asia will have increased to 250 million. This trend is confirmed by leading esports organization Mineski Global whose esports-centered portfolio is helping drive the growth of the gaming industry across the region.

Built on a passion for gaming, Mineski closed 2020 with an enviable list of achievements, a growing list of strategic partners, and pipelined opportunities that shine their light brightly on 2021.

Lockdown Games for the benefit of medical front-liners

At the onset of the Enhanced Community Quarantine (ECQ) earlier in the year, Mineski Philippines made sure it can continue broadcasting esports tournaments professionally from home. The company’s first initiative during ECQ raised USD 20,000 for Filipino hospitals and front-liners through a month-long series of Lockdown Games, which saw professional basketball players who were also esports enthusiasts compete against professional esports athletes and industry personalities, and a clash between collegiate teams in show matches for charity. Several multinational companies and SMEs joined in to donate to this worthy cause.

Since 2018, Mineski has run every season of the Mobile Legends: Bang Bang Professional League for game developer Moonton in Indonesia and the Philippines. MPL Seasons 5 and 6, both held in 2020, had to pivot their tournaments online because of the pandemic. As a result, MPL S6 topped league records in terms of online viewership with more than 2.8 million peak viewers and close to 67.6 million hours watched for Indonesia (representing a 145% increase in viewers), and 765,916 peak viewers and over 21 million hours watched for the Philippines (representing a 119% lift in viewership from Season 5).

After a successful first year of their PUBG Mobile Pro League, Mineski Indonesia was given the opportunity by Tencent Games to organize the Southeast Asian finals, broadcasting to six countries in the region.

Collaborations that bring game developers and publishers, brands, and the gaming community together

Recently, Riot Games Southeast Asia appointed Mineski to roll out professional and collegiate esports leagues for Valorant and League of Legends: Wild Rift in the Philippines in 2021. Recognized as one of the region’s top esports organizations, Mineski is tasked to grow the gaming scene in the Philippines for both game titles.

Mineski Philippines continues its three-year partnership with Globe Telecom to run the Philippine Pro Gaming League, the country’s largest multi-title esports league. Since 2018, USD 150,000 in prize money has been awarded to amateur and professional Filipino gamers for multiple game titles.

A collaboration with leading game creator and developer Gameloft is also enabling Mineski to create new opportunities for brands to engage millennial and Gen Z casual gamers through gamification. Creating a bespoke mobile game to reach marketing goals, connecting with audiences through interactive events and activations, developing playable ads, and placing in-game advertisements are just among the wide array of gamification services made available to brands by the partnership, all utilizing gamified, data-driven engagement platforms combined with memorable experiences for target audiences.

With a shared goal to promote and nurture the competitive gaming scene across Southeast Asia from grassroots to the professional level, Mineski Global and fellow Southeast Asian esports giant VPGAME have partnered on a multi-stage plan of action that bring together VPGAME’s regional esports app marketing data with Mineski’s strength in event organizing and local marketing.

Finally, Mineski Philippines partnered with Ayala Malls Group to bring a fun online experience to mall-loving bachelors and gamers through S.T.A.G. (Stylish Trends for Ayala Malls Gents). Piloting with its first two episodes last November and December, S.T.A.G. is a two-hour live show hosted on the Ayala Malls Facebook page for gentlemen looking to maintain their active on-trend lifestyles despite quarantine restrictions. The show is presented in a fun, gamified format with segments such as “Masterclass” (building PC rigs and other similar workshops), “Big Boy Dreams” (unboxing and product features), and “Dapper Finds” (fashion and style for gamers) to keep audiences entertained.

Building a clear path for the youth in esports

At the start of 2020, Mineski Philippines collaborated with the Philippine Collegiate Champions League to launch the campus-based Youth Esports Program (YEP) to develop future esports talent through students and promote responsible gaming among the youth. Despite the extended lockdown and implementation of online learning, YEP was able to engage more than 250 university esports chapters nationwide through a number of online-based activities that included two seasons of YEP Talks (webinars that featured successful esports talent and personalities, game publishers and even medical experts), YEP Tambayan (online activities that included writing and art competitions, as well as mini esports tournaments), and the staging of the first qualifying leg of its centerpiece esports tournament, the National Inter-Collegiate Cyber League. Several members of school chapters from YEP even got to represent the country in the 2020 World University Cyber League.

Pilipinas E-Sports Organization (PESO), the National Sports Association for esports in the country recognized by the Philippine Olympic Committee, also formalized a partnership with Pillar Digital E-Commerce, Inc., the parent company of Mineski Philippines, to endorse YEP as one of PESO’s flagship activities in 2021 promoting esports among the grassroots.

Mineski’s inroads with the Filipino youth has become the inspiration for similar grassroots programs in other Southeast Asian markets, with similar initiatives across the region to be launched in 2021.

“2020 was not without its challenges for us at Mineski; however, the work that we began in 2019 to revisit our purpose and reorganize our operations around our mission allowed us to take full advantage of the opportunities for growth despite a difficult year. We began with re-aligning our operations across Southeast Asia under one banner, Mineski Global. With that, we upgraded our range of services to offer our partners a more complete end to end solution, from running online tournaments and digital broadcasts to integrated marketing, pro team management, and strategic partnerships with engagement platforms that better reach our growing gaming audience,” said Mineski CEO Ronald Robins.

Citing its corporate mission, Robins added “we want to enable gamers to win beyond the game and make them the center of value creation as well as an aggregating platform for stakeholders through engagement, content, and technology. To achieve this, we had to reinvent ourselves in 2020 to offer our customers a more holistic solution.”