Samsung’s Galaxy Note20 Ultra is the company’s flagship phablet. It comes in two versions: we tested the Exynos-powered global variant’s front camera recently, and now it’s time for the version sold in the United States and China, based on Qualcomm’s Snapdragon 865+ 5G processor. Like its Exynos twin, this phone’s single selfie camera looks through a centered hole punch at the top of screen, and has a 10 MP 1/3.2″ sensor behind a 26 mm-equivalent f/2.2 lens with phase detect autofocus (PDAF). However, we’ve seen noticeable differences in the imaging performance between Exynos and Snapdragon variants of Samsung’s phones before. Read on to find out what Qualcomm brings to the table this time.

About DXOMARK Selfie tests: For scoring and analysis in our smartphone front camera reviews, DXOMARK engineers capture and evaluate over 1500 test images and more than 2 hours of video both in controlled lab environments and in natural indoor and outdoor scenes, using the camera’s default settings. This article is designed to highlight the most important results of our testing. For more information about the DXOMARK Selfie test protocol, click here. 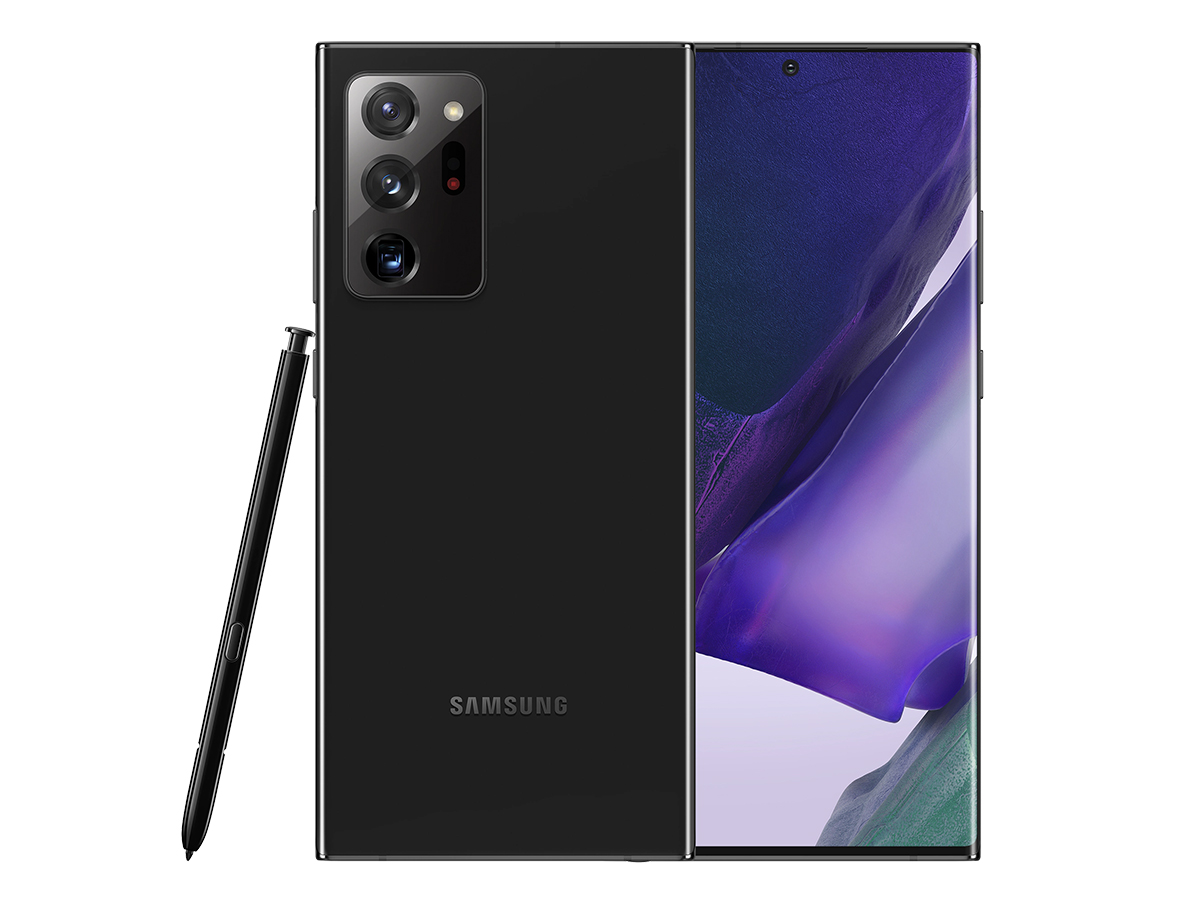 With a DXOMARK Selfie score of 97, the Snapdragon version of the Samsung Galaxy Note20 Ultra 5G is among the top ten scorers in our front camera database. It’s a good showing, but three points behind the Exynos version of the same phone. It ties with the older Samsung Galaxy S10 5G, though there are sub-score differences between the devices. The Note20 Ultra for the most part delivers good performance across the board with only minor stumbles. 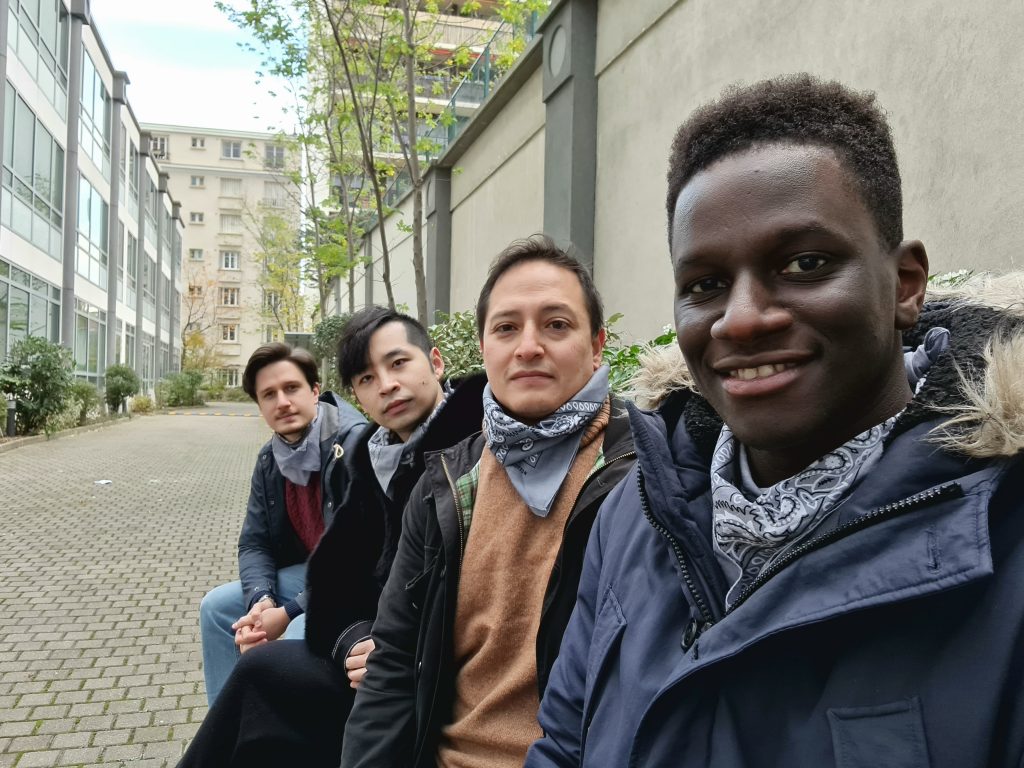 The Snapdragon version of Samsung’s Galaxy Note20 Ultra captures nicely exposed selfies with plenty of depth of field for group shots. Dynamic range could be a little better, as seen in the sky in this image.

The Note20 Ultra exposes accurately in all tested conditions. However, dynamic range is not quite as wide as in its Exynos sibling, which manifests as clipping that our testers found most noticeable in bright outdoor conditions and in low light. Color is generally good thanks to accurate, neutral white balance, though sometimes a cold cast creeps in and skin tones can be inaccurate.

The Note20 Ultra’s impressive autofocus system provides accurate and consistent focus, earning it the second-best sub-score we’ve recorded for this category. Depth of field is very deep indeed, so everyone should be nicely in-focus in group shots.

The phone captures plenty of detail in selfies, particularly at close distances, though some texture is lost in low light. Noise is also quite well controlled, though the Exynos version does a slightly better job of keeping noise in check without sacrificing detail. We see this in the examples below. Color is also pleasantly warmer in the Exynos image, though both Samsungs deliver better color than the iPhone for this scene.

The Snapdragon Note20 Ultra has more artifacts in its images than most phones in its class and trails the Exynos variant by 9 points for this sub-score. Our testers deducted the most points for ringing (from oversharpening), color quantization, and hue shift. They also noted that dark skin tones tend to be oversharpened, leading to unflattering rendering.

In very dark conditions the phone’s screen doubles as flash, providing good exposures with accurate color even when the flash is mixed with tungsten lighting. Our testers noted slight white balance differences shot-to-shot when the flash was used by itself, but nothing too serious.

The Snapdragon Note20 Ultra is good at simulating background blur in its portrait mode. The subject is nicely separated from the background with just the usual small errors (which tend to be more noticeable outdoors), and the blur effect is natural and quite strong.

Artifacts include hue shift (visible in the sky) and color quantization (on forehead). 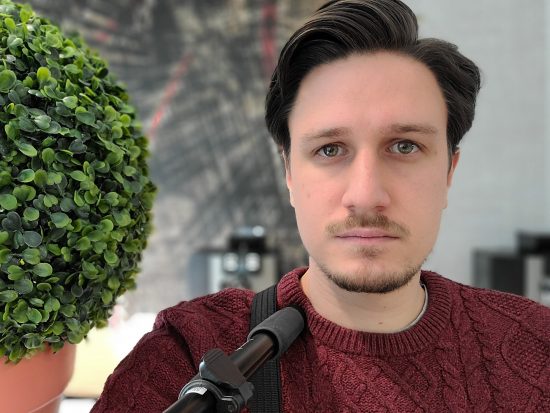 Tested at 4K and 30 frames per second, the Qualcomm Note20 Ultra’s front camera Video score of 90 places it among the top ten in our database. Exposure is generally very accurate, though videos are underexposed in very dim conditions. Color is acceptable, though white balance accuracy and skin tone rendering could be a bit better. Focus is very accurate. Detail levels are high. Noise is visible under most conditions, and especially in low light (a lower noise sub-score is the main reason for a Video score five points lower than the Exynos-powered version). Stabilization is acceptable but not terribly effective when walking, as frame shift and residual motion are problems.

Selfie shooters in the market for a high-end phablet should consider Samsung’s Snapdragon-powered Galaxy Note20 Ultra. Photo quality is high and its excellent autofocus takes the uncertainty out of whether or not a shot will be sharp. Vloggers will appreciate generally strong video performance, though autofocus in video mode doesn’t distinguish itself to the same degree as in stills. In both modes, noise is higher than ideal, but not a dealbreaker. There are, however, several other phones in its class that outdo the Note20 Ultra in overall front camera performance, so it’s worth considering all the options before committing.

/* Hide scrollbar for Chrome, Safari and Opera */
.sticky-column::-webkit-scrollbar {
display: none;
}