All-Seeing Eyes is a mission story that you can do in Hitman 3‘s Chongqing level/End of an Era. You’ll be able to eliminate both targets, Hush and Imogen Royce, which makes Impulse Control and Certainty Principle moot. Following the objectives here also leads to fairly easy Silent Assassin Suit Only (SASO) and Sniper Assassin completions.

Note: For more information, check out our Hitman 3 Chongqing/End of an Era guide, as well as our guides and features hub. Likewise, please be reminded that this guide contains spoilers.

Find an umbrella, go to the laundromat, and input “0118” in the keypad. From the open area where All-Seeing Eyes starts, head one flight of stairs down and whomp the dancing guard with the umbrella.

Note: Trying to clobber the dancing guard for a second time later in the mission doesn’t net you the other feats challenge. 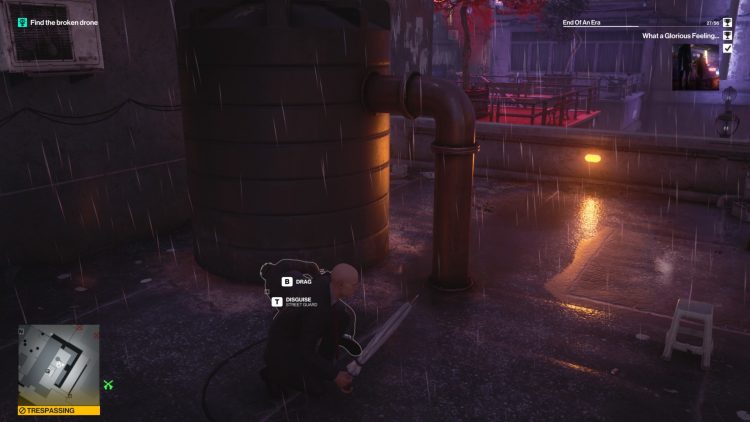 Anyway, follow the stairs until you see the crashed drone.

Olivia will tell you to shoot the other drones across the distance. Pick up the sniper rifle that’s next to the nearby guard. 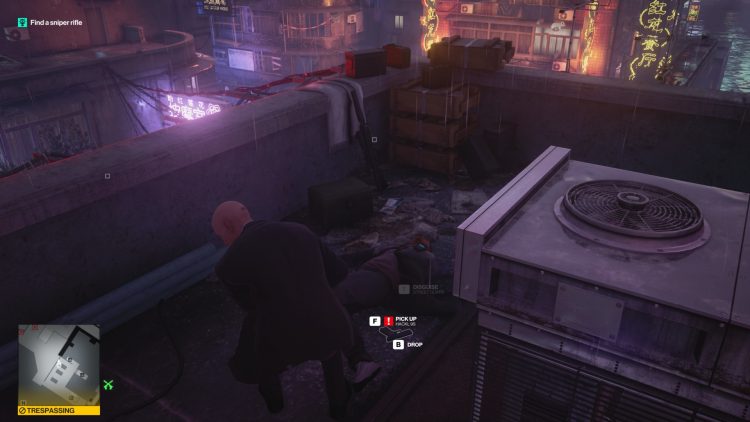 Imogen Royce and Hush will have their meeting on the overpass with the lotus sign (seen below). You don’t want to shoot the drones without repositioning.

Use the nearby walkways and pipes to reach the next building. 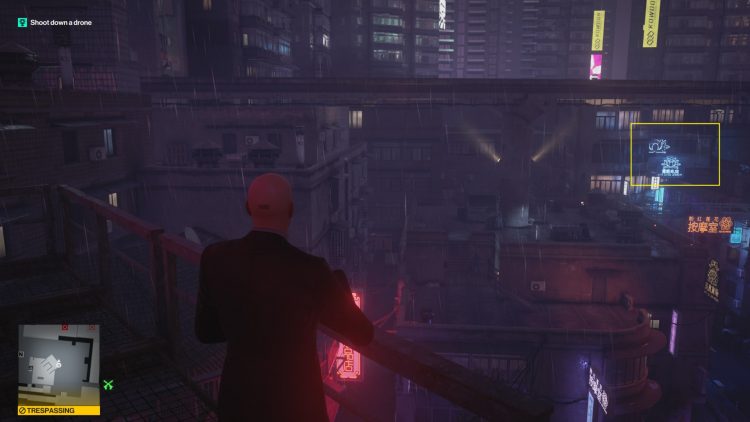 On the roof of the building across the street, you’ll spot two groups of guards. Incapacitate them.

Important save: Next, you’ll see a satellite dish. Sabotage the satellite to complete “Contact.” Just reload after getting this tally since you don’t want Hush to come out yet. 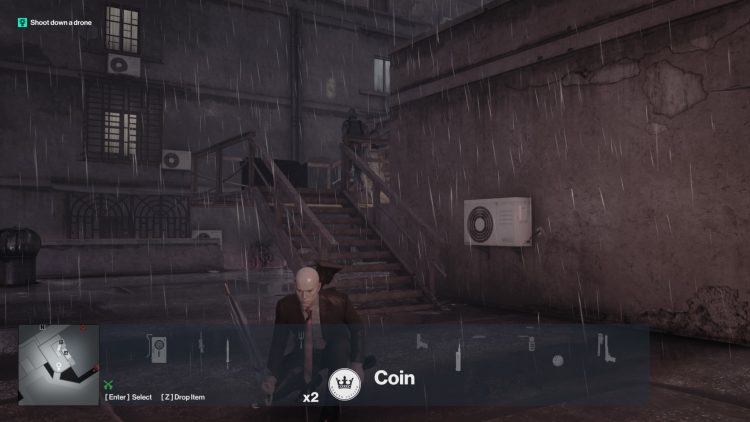 Find a good spot where you can use your subsonic sniper rifle to destroy the drones. Make sure to wait for a few seconds for Olivia’s remarks after each drone gets downed. 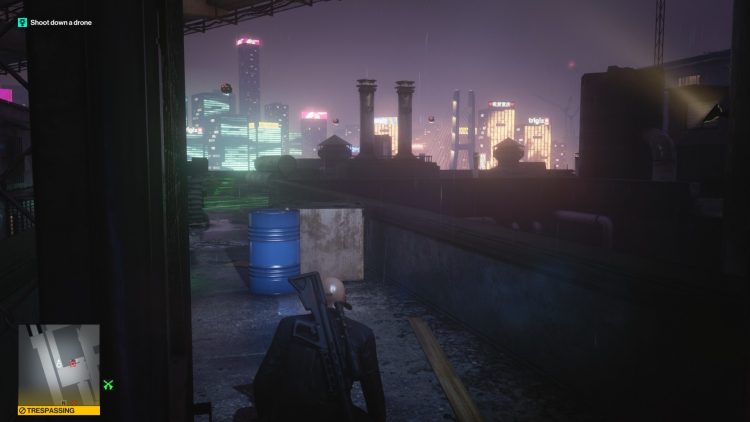 Next up, shoot two additional drones (the ones closer to the building with the satellite dish). Taking out both will make Hush come out.

Important save: Before you do this, though, I suggest going to the overpass to reposition. Once you drop the remaining drones, your two targets will confront each other. 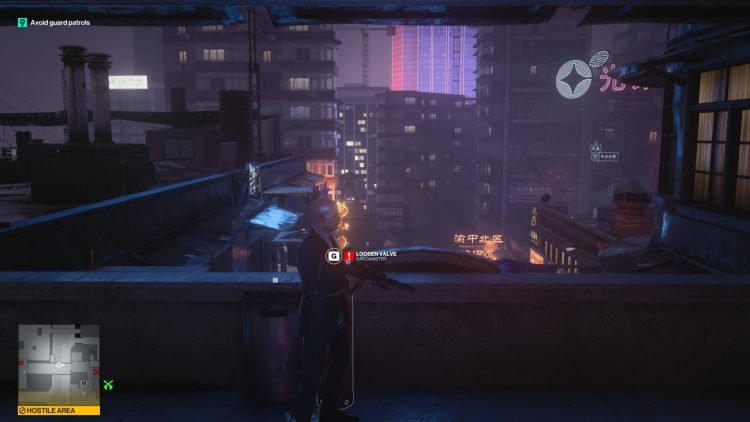 If you have the Explosive Golf Ball from Hitman 3‘s Dubai level, you can throw it to kill them both. Alternatively, make sure you’ve already sabotaged the gas canister in the overpass before the confrontation. Shoot the canister when the two are arguing to cause a blast. 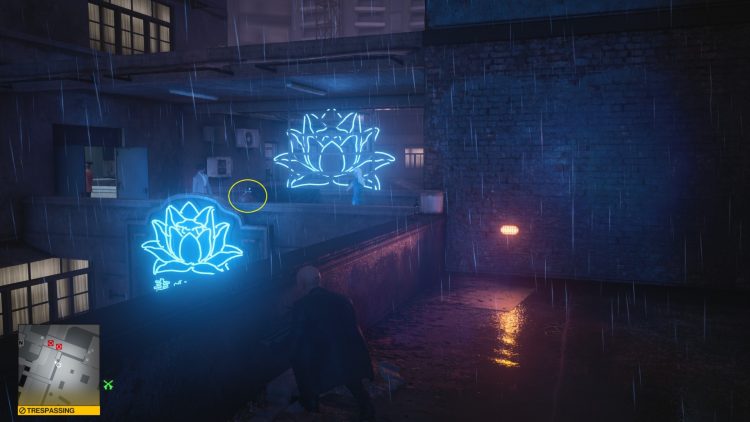 Your sniping position should be the overpass itself (behind the doors and some crates). With Royce and Hush in your sights, use your sniper rifle to pierce both of them dead. 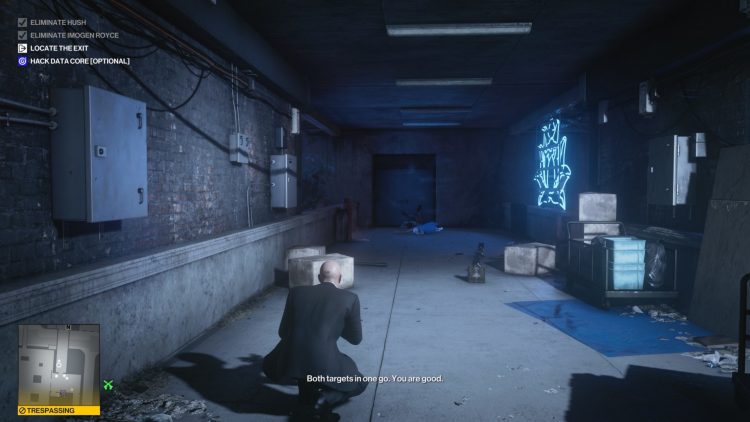 Hitman 3 is available via the Epic Games Store. For more information, check out our Dartmoor level guide as well as our guides and features hub.