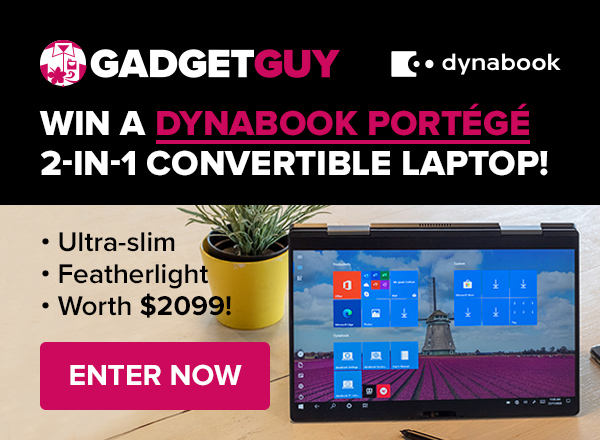 Steve Job’s famously said, “We iPhone users are the software testers, or better yet, the guinea pigs.” Well, it seems the new iPhone 12 needs more than guinea pigs.

Brisbane reader Laurie wrote to me about issues with his new iPhone 12. He is highly computer literate having spent more than 30 years starting at IBM and Lexmark, programming and writing drivers and software.

I will paraphrase the most common issues he is experiencing with the iPhone 12 mini.

I have always bought Apple – iPhones, Macs and more. That may be about to change.

I have experienced so many issues with the iPhone 12 mini that I am now on the third replacement since late November (one month). The best option for me is to take it back, but Apple is being difficult and won’t refund. And perversely I want to see if it is just bad luck or a lemon. I suspect it is the latter.

Perhaps my greatest frustration is that little works as it is supposed to – or at least as my old iPhone did. This is not unique to me – the internet is full of similar experiences, and all Apple says is, “Reset the phone and start afresh.”

Some of the issues:

Speakerphone cuts out randomly. It has been chronic with mine.

It is not an issue of weak 4G or 5G, the environment (I have tried many different locations) or the Telco you use as Apple has steadfastly indicated. After the second replacement, I went to the iPhone 12 (next model up) at extra cost, and it is still happening. Never happened on my previous iPhone in the same locations.

Apple’s solution – a factory reset and reinstall apps. I also had to do this for my non-tech-savvy neighbour.

Yes, I know the Camry Hybrid does not have Apple CarPlay, but it should reliably connect when you get in and out. The old iPhone was perfect. I hope Apple pay my fine as I cant use it handsfree!

The screen suddenly goes black both in an app and especially swapping to another app.

The screen randomly blacks out for a few seconds. Apple doesn’t know why?

Settings change without you changing them

This is extraordinary. Again, I know tech, and I know how to set up an iPhone and save the settings. Often only to find later they have changed back to default. Apple’s response, “You must be at fault.”

For example, a notification suddenly showed ‘push for mobile phone’, but this was previously not in the settings. No, it was not a result of a firmware update.

About 50% of the time pressing the on-screen shutter button does not take a shot. You have press and press until it takes your photo. I have missed so many ‘moments’.

Never had this issue on older iPhones, and Apple could not solve it. After a factory reset and tweaking some settings on the bank’s advice, it finally worked. Something so fundamental should work out of the box. There is no logic to it.

I returned the $65 charger and $29 20W USB-C plug pack it and found a 15W Qi charge pad at a fraction of the cost that works fine.

Editor’s note: This is a known problem, and Apple is working on a fix

You are having a lively SMS session to and from. You compose a response, but another SMS comes in before you hit send. The green send arrow goes grey, and you can’t send the message or copy the content to redo it. Have to start again. Apple response – useless.

Bluetooth is the only way to play music to external sources

Editor’s note: You can get a Lightning to 3.5mm adaptor.

The speakers are horrible

I appreciate music. The speakers sound like the it is coming from inside a dull metal bucket. Voice is not clear, and music or video is muffled.

Editor’s Note: We will test the frequency response soon.

The settings are highly complicated

Apple’s appeal was its relative simplicity in comparison to Android settings. Now Android seems a walk in the park. With Apple, you spend way too much time trying to figure them out, let alone recall how you set them. Yes, I know it should work on defaults – ha!

Can’t disable photo shutter on the side button

I don’t want to press a button to engage the shutter. There is no ability to set the functions of the side buttons.

Instead of swiping the lower bar to remove the app, why couldn’t they have you double-tap that bar to simulate the old home button. I don’t want to swipe all the time. Whatever happened to finger tapping? It is is more natural and quicker. Swiping uses joint muscles at the base of the thumb and index finger. It can cause discomfort to many people with joint issues. I use both hands to reduce the amount of swiping that do excessive work on those muscles.

The old iOS keyboard had greater than and less than symbols < > which sometimes need. You cannot do it on the new one.

Information and graphics bar is a nuisance

When typing messages, the information and graphics bar above the keyboard can get in the way, so you make mistakes. You can disable it except with emails. So you type an email accidentally taking pictures with your camera all the time.

Forbes confirms that thousands of owners have serious cellular problems.

A Reddit thread says dropout is due to immature iOS Apple’s firmware and it has difficulty switching (handoff) from 5G to 4G or even tower to tower. The fix – switch airplane mode on and off. Too bad that you lost the call.

Apple users have started a reception thread that now stretches for 38 pages and the advice – factory reset and install from scratch (they must be drinking the Kool-Aid).

Piunikaweb has a list of known issues here from November 28, and it is continually updated.

Our advice. Delay buying an iPhone 12 until it has at least three iOS updates. Early users are Apple’s guinea pigs and the most likely to accept that.

But as reader Laurie has had three replacements and wasted countless hours reset and reinstall, he is well within his ACL rights to demand a refund. The problem is that Apple users are hesitant to make the switch to Android.

You can read other Apple news and reviews here.