Sci-fi fans will want to check out Orange Cast: Prologue, a free demo out today from Russian indie developer Team Rez. It’s a tense third-person shooter that casts you as a reborn super soldier brought back to protect humanity in the midst of a dire emergency.

It’s a bit intimidating at first, since Orange Cast has a kind of Stalker-esque vibe going on – there aren’t many of the traditional guardrails that you’ll find in modern shooters. You’re roused from some kind of stasis by an AI, and immediately find yourself confronted with the news that you’ve already died, and that you now have a brand new enhanced body. The bad news is that you’re being sent straight into a city under siege by enemy forces, and they plan on making the entire planet uninhabitable to humans.

As the name suggests, it’s merely an appetizer for Orange Cast, which is due out on Steam January 21. The developers say you’ll be able to explore new planets, where you’ll protect colonies and push at the boundaries of human exploration in a story inspired by James S.A. Corey’s sci-fi series The Expanse. 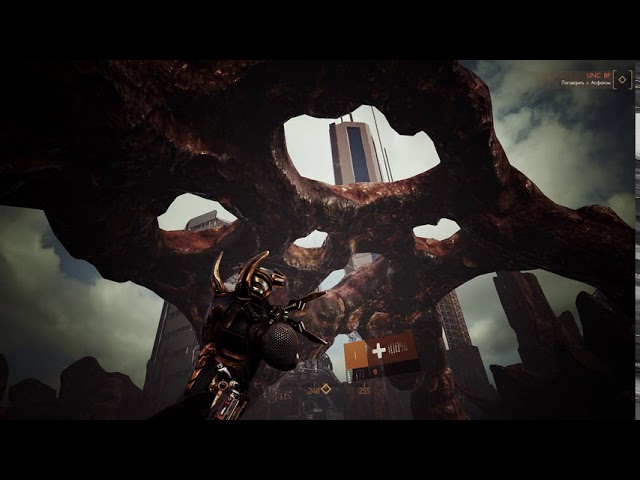 Playing the first few minutes of the demo, we found that Orange Cast feels like Dead Space, if that sci-fi horror game had been more of a traditional shooter. Enemies are dangerous, and you’ll have to keep your head on a swivel, as death comes quickly if you’re not watching your corners.

It’s a moody game that takes inspiration from both Russian and Western science fiction traditions, and it’s one of those games that seems likely to appeal to a small but passionate fanbase. We haven’t gotten a chance yet to dig into the RPG game mechanics, but Team Rez promises a choice-driven storyline full of interesting people to talk to and incredible sights to see.

For now, you can play the prologue for free to get a feel for what you’re in for when Orange Cast launches next month.