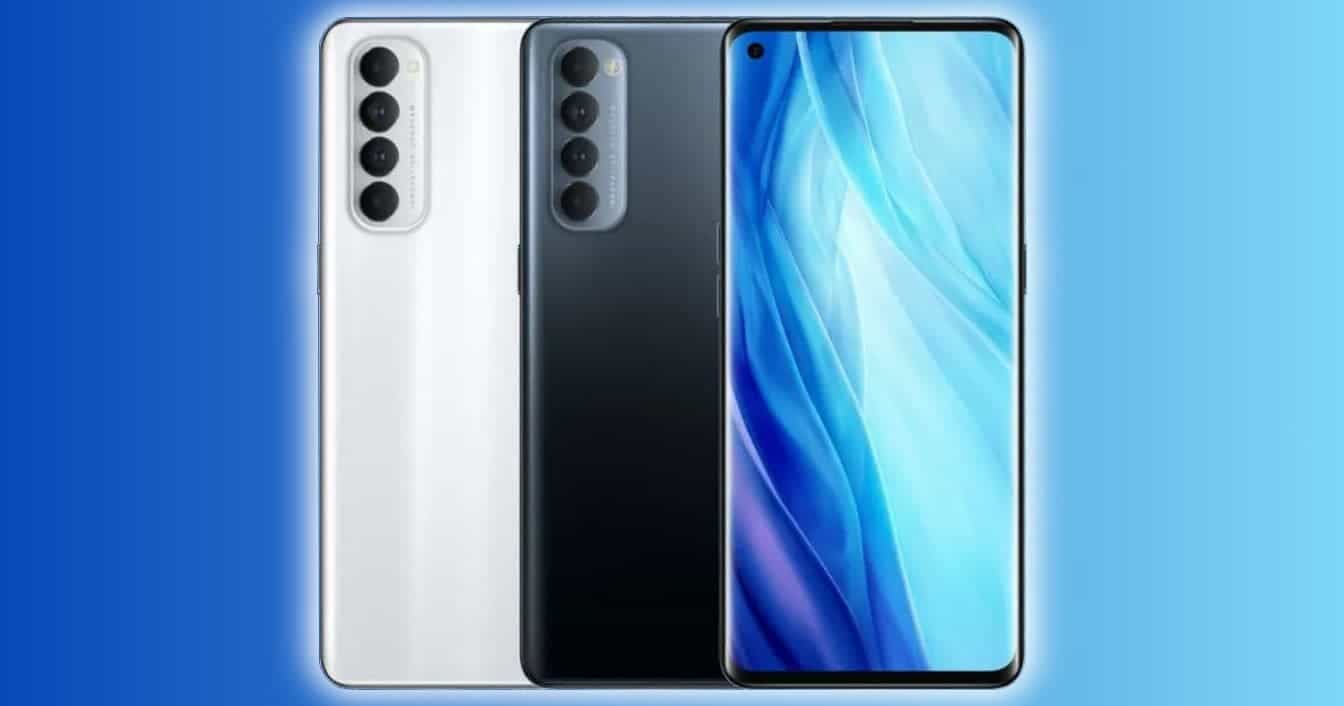 OPPO released its OPPO Reno 5 series in China earlier this month. Just like with the OPPO Reno 4 series, the company will bring 4G variants of its Reno 5 family to the global markets. The OPPO Reno 5 4G was spotted on multiple certification websites. The list includes the likes of NBTC, EEC, and TKDN. It hints at the imminent launch. Now, a hands-on video was released by an Indonesian YouTuber which gives the first look at the upcoming smartphone.

An Indonesian tech YouTube channel called Nextren Grid has posted a hands-on video on the OPPO Reno 5 4G (Global) variant. It shows the device’s overall design and display of the smartphone. As you can see in the video, the design of the OPPO Reno 4 is very identical to the Reno 4. However, YouTube mentions OPPO has made subtle changes to the material. So we will experience a different hand feel. According to him, the Reno 5 4G feels more textured and rougher than the Reno 4. The phone will come in at least two colorways: Starry Black and Fantasy White.

The video is all about design and non-hardware details. Thankfully, the reliable Sudhanshu Ambhore has come up with some interesting specifications for the Reno 5 4G. According to Sudhanshu, the Reno 5 4G will pack a 6.4-inch FHD+ AMOLED panel. The display has a 90Hz screen refresh rate which certainly is a plus. Under the hood, the device will come with the Qualcomm Snapdragon 720G. Yes, OPPO simply can’t give up the Snapdragon 720G present in the Reno 4 series. We would be happy to see the Snapdragon 732G this time around, but it will still come with the same chipset as its predecessor.

In the camera department, the device will have a Quad-Camera setup. The main camera is a 64MP shooter that gets accompanied by an 8MP ultra-wide. There is also a 2MP depth and 2MP macro sensors. The phone draws power from a 4,310mAh battery with 50W SuperVOOC fast-charging support. It also packs an in-display fingerprint scanner and will run Android 1 straight out of the box with ColorOS 11 on top.

In the end of the day, the device isn’t so different from its predecessor. Of course, the software, battery, and cameras will count as a determining upgrade factor. Unfortunately, OPPO is yet to disclose details regarding the launch of the 4G variant. However, we believe that we’re very close to a global release. After all, the device is already in the hands of an Indonesian YouTuber and passed through important certification authorities.