Albedo is the newest 5-star character to join Genshin Impact‘s roster as part of the version 1.2 update. You can get him if you’re lucky enough with your Wish/gacha pulls. Here’s our guide to help you with Albedo’s weapons, artifacts, and talents.

Source: The Chalk Prince and the Dragon event.

The Festering Desire can be easily obtained via an event. You won’t even need to spend primogems or Acquaint Fates while praying to RNG.

The Festering Desire significantly boosts the user’s elemental skill damage and crit. Since Albedo’s elemental skill, Solar Isotoma, has a short cooldown, you’ll be using it often anyway. Likewise, the weapon has innate bonuses (EXP and damage) while the event is ongoing. Furthermore, the Festering Dragon Marrows from the event’s challenges let you refine the weapon to improve its capabilities. 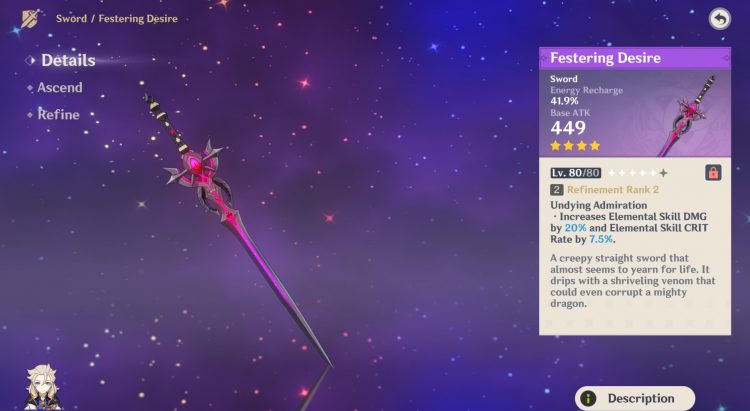 Sources: Both artifact sets come from Abyssal Domains. Archaic Petra comes from the Domain of Guyun and the Noblesse Oblige is from the Clear Pool and Mountain Cavern. Focus on ATK, ATK%, and Geo damage bonus stats. 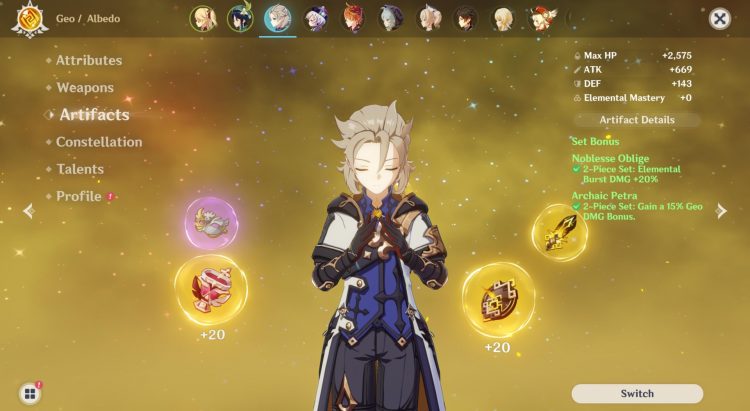 You’ll want to level-up both talents equally (or prioritize the elemental burst). As mentioned earlier, both abilities have high uptime which means you’ll be blasting opponents often.

For the talent leveling materials, you’ve got Ballad books (from the Forsaken Rift domain every Wednesday and Saturday) and scrolls (from hilichurl shamans). 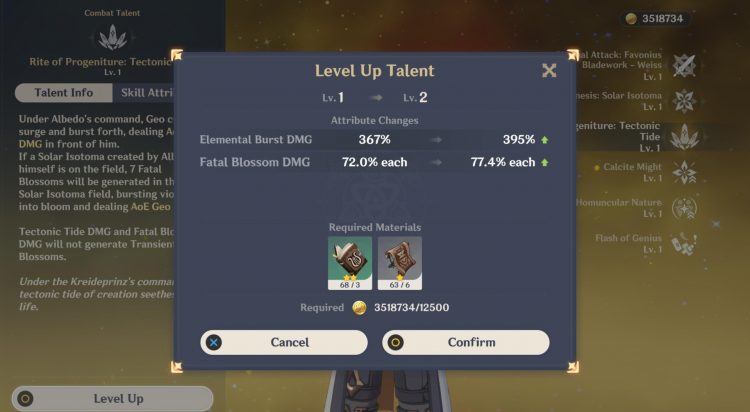 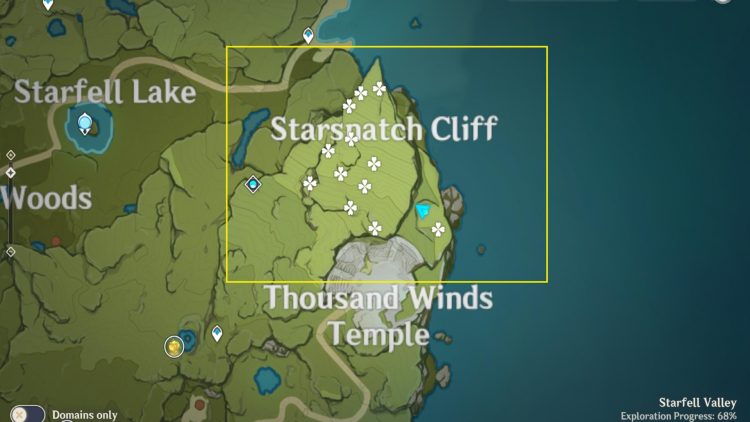 Players might be concerned after the Zhongli debacle. Still, I found Albedo as a great 5-star addition to Genshin Impact‘s roster. He can function as a burst DPS character thanks to his abilities that refresh blindingly fast. Plus, his Tectonic Tide does tremendous damage if a Solar Isotoma is already in the field (just remember that Tectonic Tide only damages enemies in front of him).

For his support abilities, his Solar Isotoma has a wide radius, which means easy shield generation. You could even cast it then switch to another character since the effect will linger for several seconds. Moreover, you can stand on the flower it spawns so it hovers, allowing you to do a diving attack. 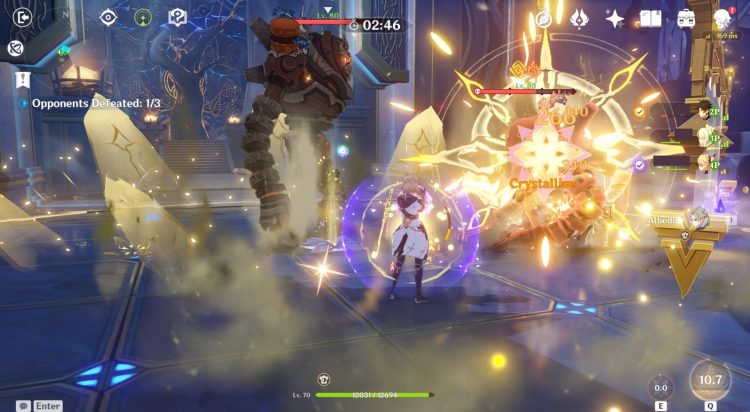