CD Projekt Red’s latest game has without a doubt captured the zeitgeist of the industry. Whether that is a good or bad thing depends on who you are asking. The issues with Cyberpunk 2077 have been well documented. From development crunch to its multiple delays and less than ideal console launch, there have been as many good things as bad when it comes to a future in Night City. The rude awakening came for PC players as a save corruption bug began to make its presence felt. Thankfully, Cyberpunk 2077 patch 1.06 has taken care of that nasty problem, as well as other less intrusive ones.

The Cyberpunk 2077 1.06 patch is now live and will make sure you do not lose your progress should your save file exceeds 8 MB. However, for those players who have already fallen prey to the issue, there is no hope incoming. If your save has already been corrupted, there is no fix that can save them.

There were no solutions initially for the issue. CD Projekt Red could only ask players to revert to an earlier save to fix the problem. Apparently, having too many items and crafting materials is a no-no in the future. The developers also could not promise a fix, but a solution has fortunately been found.

One down, more to go

Another change courtesy of the patch concerns the Second Conflict Quest. It fixes the problem of Dum Dum going missing from the Totentanz entrance. Players should be able to proceed as normal. A console fix has also improved memory management and stability, which will reduce the number of crashes. 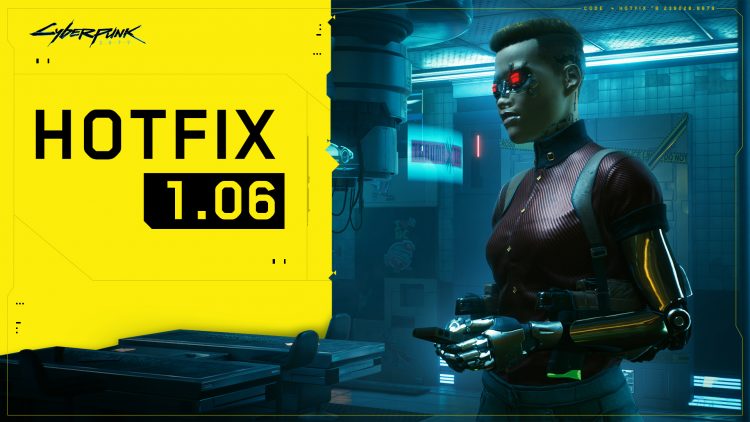 At first glance, it may appear to be just a small fix, but this is a hefty patch. The Cyberpunk 2077 1.06 patch will require about 1 GB in space, but for the tweaks it makes, it is well worth it.