The SanDisk Extreme 1TB external USB-C portable solid state drive has dropped to $124.99 at Best Buy today. You can also find this deal price at Amazon. This price is just $5 more than it was going for on Black Friday, which makes this the second best price we’ve ever seen. It is only good for the day as its part of Best Buy’s daily deals that eventually expire. Costco has an older version of this same drive that’s just $119.99, but you might need to be a Costco member to take advantage of that.

The 2TB version is down to a decently low price at $229.99, too. While it has dropped as low as $200 in the past, it was also selling for more than $300 earlier this year. That’s not too bad if you really need more space.

One day to save 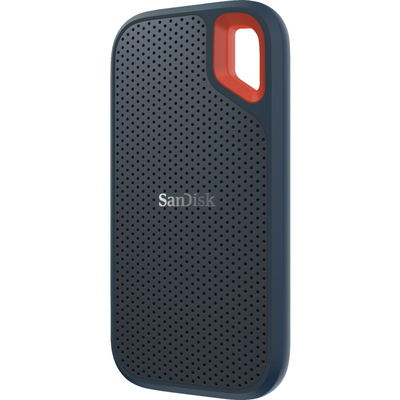 Has a 1TB storage capacity and connects easily via USB-C. Even while on the go, you’ll get super fast transfer speeds with read speeds up to 550MB/s. The enclosure itself is rugged and resistant to water, dust, and drops. Works with PC and Mac.

The SanDisk Extreme is a very portable solid state drive. With 1TB of space you can keep all your music and other media real close by. Since it’s an SSD, you don’t have to worry about the same moving parts you’d find on a portable hard drive, so it’s a lot more durable and can bounce around in your pack without you worrying about it. You’ll also be able to transfer data to it rather quickly with speeds up to 550 MB/s.

In addition to its natural durability as an SSD, the SanDisk Extreme is also very rugged in other ways. It is resistant to water and dust with an IP55 rating. And it’s shock resistant and vibration resistant so you can accidentally drop it without fear. It can also operate in degrees as low as -4 Fahrenheit or as high as 158 degrees.

The SSD works with both PC and Mac. It’s also backed by a three-year warranty from SanDisk.