If you’ve been paying attention to the Epic Games Store this week, you’ll know by now that it’s giving away a new free game every 24 hours until we hit the new year. Today is the fourth day of the “15 days of free games in December” event or whatever the Epic Games Store is calling it. Today’s free offering is Tropico 5. Claim it now before you forget.

Tropico 5 is a strategy builder sim that let’s you build a dynasty from humble beginnings and interact with or takeover the world around you. It’s obviously part of a long-running series and has since been succeeded by Tropico 6. This might not be the hottest sim game, but it is a good freebie if you don’t mind some older graphics. The upside besides the obvious free perk is that you get a game that is fully updated and stable. It should run great on any modern PC as well.

We also noticed that the DLC expansions are all on discount, so you can pick up the complete Tropico 5 package for just $8 USD if you’re looking forward to playing this game. Nothing beats free though.

You just inherited a country

If you’re unfamiliar with what this franchise has to offer, here are a few more details. Tropico 5 lets you rule throughout time. You can pick any Era, from the colonial times to modern days. Each has its own unique challenges and advantages. You also have a Dynasty to manage, which includes family member of El Presidente, which you can power up to become invaluable assets. You’ll also be able to trade to gain wealth for your nation so that you can research and renovate over time as you become more powerful.

Once you have the basics down, there’s competitive multiplayer where you can vie for ultimate power. However, you can always jump into co-op if you’re more of a team player and would rather create than destroy. There’s a reason the Tropico series has been around for a while now, and what better time to try it than when it’s free. 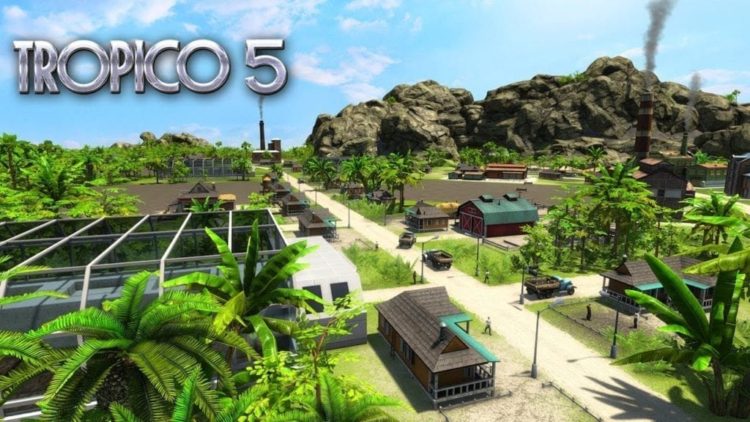 Be sure to claim Tropico 5 for free on the Epic Games Store before 11 AM ET on December 24. Like we said, the free games will only be available for 24 hours each. If you do have a little cash to spend and you’re thinking of picking up something for the holidays this year, also check out the Epic Games Store Holiday Sale, where there’s over 200 popular titles of various flavors. You can also grab $10 USD coupons, rendering some of those games almost free.