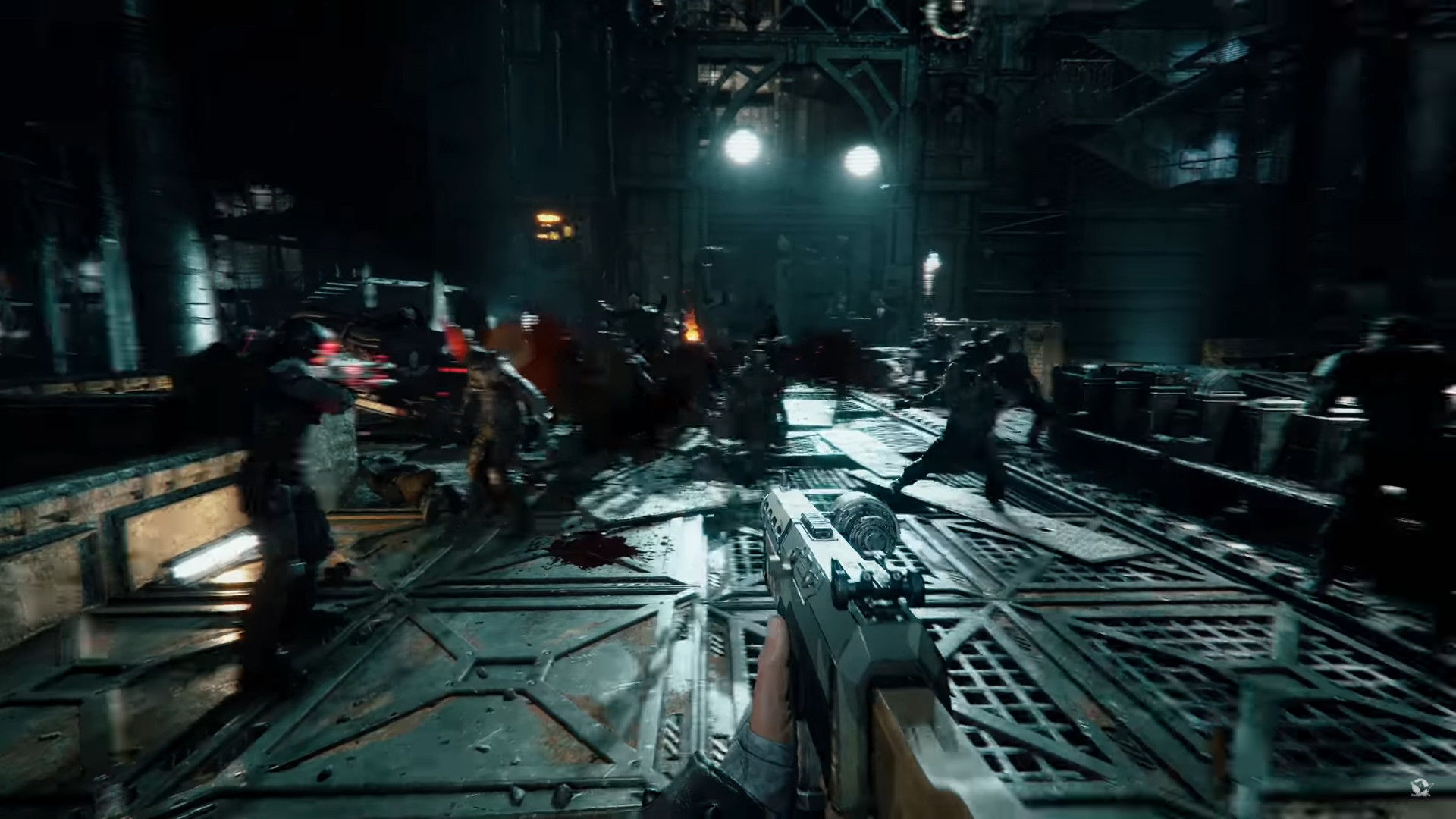 If Earth doesn’t get shattered by a giant frozen space turd on December 31, signaling a fitting end to 2020, we’re still going to have to do some gaming in 2021. Do I have something to look forward to? Turns out, yes!

While their sins are multitude and EYE: Divine Cybermancy shall never be forgiven, I still liked Streum On Studios’ Warhammer 40,000: Space Hulk – Deathwing. Turns out, it’s fun to mow down hordes and hordes of disgusting alien filth. That’s why I’m looking forward to Darktide.

Vermintide, but 40K? Check. Playing as badass Imperial Guardsmen? Check. Shooting traitors, mutants, and heretics? Check, check, and check. I can’t wait to get to use the lasgun for probably the first time since I played Fire Warrior. Let’s just hope that Fatshark manages to transport the Vermintide magic to the grim darkness of the far future.

I did not play Vampire: The Masquerade — Bloodlines when it first came out, but when I finally did… boy, that game was something. I still remember the “you’re too poor to afford paying attention” joke from the inventory screen. I want to experience something like that again.

Harsuit Labs is untested when it comes to the RPG experience, but the studio acquitted itself well in the first-person shooter arena with Blacklight: Retribution. Granted, there are far fewer mech suits in Vampire: The Masquerade, so who knows how well they’ll do.

I’d pass another Civilization-like 4X if it wasn’t for the developer: Amplitude. That bunch can almost do no wrong (except for the “Awakening” DLC for Endless Space 2, apparently), and they always bring something new to the table.

It’s a bit weird to look at Humankind as a game that will mix and match cultures drawn from human history with no rhyme and reason — and gleefully so — when we’re already criticizing the grandpappy Civilization for cementing historical inevitability. On the other hand, it is Amplitude…

It’s an FPS that has style, and it’s at least somewhat of an RPG that won’t penalize me for killing. So, you know, basically an improved Dishonored. Deathloop looks like it will be a 10% puzzles and 90% pain as you try to lure all the assassination marks into close proximity for a fast takedown. And I’m all in for that.

Also, more POC representation is games won’t hurt; the protags are already looking more characterful than Blandy McBlanderson on the cover of Cyberpunk 2077. And I’m curious to see a fun take on the loop mechanic.

As the resident “military games opinion-haver,” I’m waiting to see what Regiments shall offer. The Wargame series was nice enough to start the trend of Cold-War-Gone-Hot-RTS (sorry, World in Conflict), but it was very arcade and micro-intensive. Armored Brigade put in the realism back in command, but lacked 3D maps and finesse in controls.

Will Regiments deliver a union of their strengths? Unlikely. There’s not a lot of push for “yes, I’d love to have less control over my troops” in the RTS field. On the other hand, it’s still the AAA Cold War game with the highest production values in years. I’ll see you all in Fulda!