2020 has been a tough year, and it required a lot of self-care and little opportunities to escape here and there. No single game epitomized that better than Animal Crossing: New Horizons.

It was a tough race between New Horizons and Hades (we had to hold a runoff!), but in the end, the cute little animals bested the grittier underworld. Having “finished” the main storyline of New Horizons and dabbled in every seasonal event, I can see why.

There’s a certain low key pull to New Horizons that’s undeniable. Early on, it’s the game you play before all others. Eventually, it’s the game you can fit between something else. When the discourse has packed up and moved on from any given title (things move way too quickly, sadly), New Horizons is still there. In fact, your village actually is still there, waiting for you to return and squash a few insects.

Also, like Zelda: Breath of the Wild and several other big-ticket Nintendo games these past few years, New Horizons continues to make headlines due to the tireless efforts of the community. Folks are creating pretty fantastic stuff in this universe; and even if you aren’t actively playing it, it was probably fun to follow along.

For these reasons and more, Animal Crossing: New Horizons is our 2020 Switch Game of the Year. 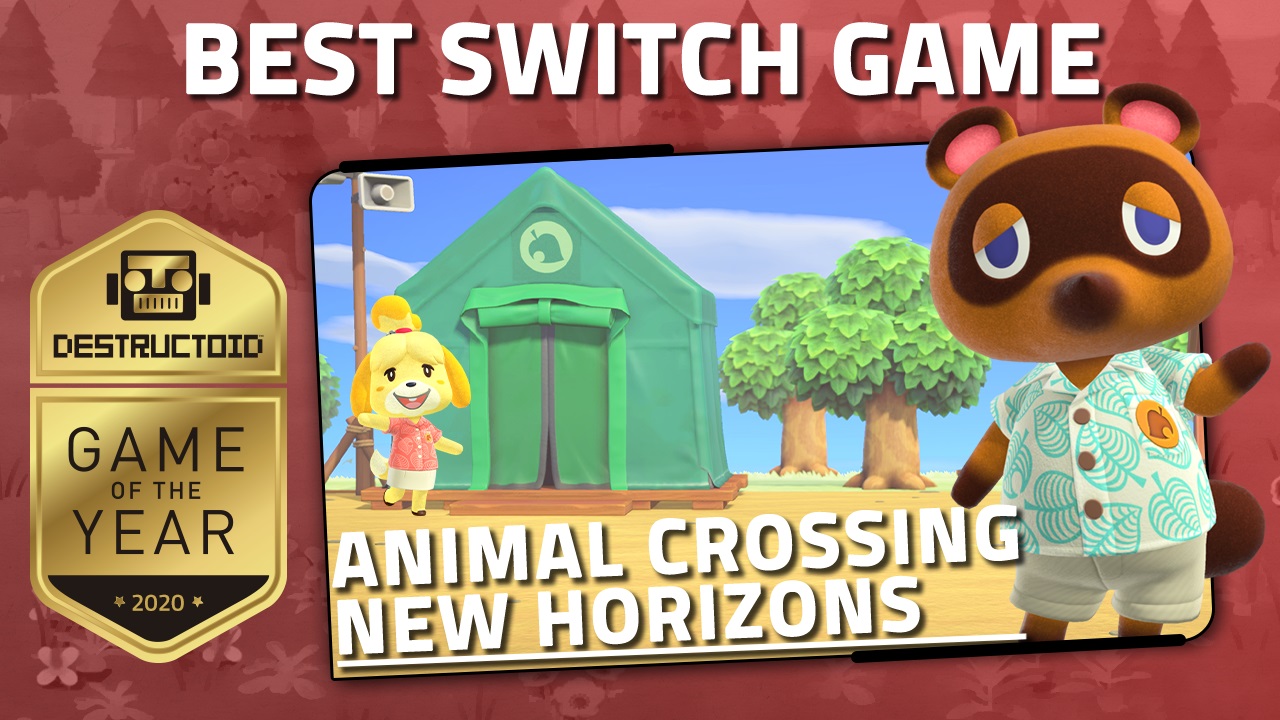