Well, 2020 was certainly a year. And by year, I mean a runaway train careening into a silo of outhouses that have been lit on fire. However, one thing that the year-that-shall-not-be-named had going for it was great video games. There were a hefty number of quality games released in 2020 (dang it, I said it).

As miserable as certain parts of this year were, it was great to be able to have some quality entertainment to lean back on. So without further ado, these were my five favorite games of 2020 in no particular order.

This may seem weird to have on my games of 2020 list, but hear me out. The release version of Street Fighter V was an absolute disaster. Being someone who loves fighting games, especially those made by Capcom, it was an unbelievable disappointment. As much as I may have enjoyed some of the new mechanics and characters, its lack of content made it very hard to recommend to anyone outside of other Capcom diehards. Even then, much of the community shunned the game, and some of that stigma still remains attached to it to this day.

Over the years since that 2016 release date, something happened over time. Slowly but surely, Street Fighter V got better. Like, a lot better. It started with a little bit here and there, adding some more fan favorite characters like Sakura and Sagat, and then Arcade Edition rolled around and the competitive scene for the game really kicked into high gear. I found myself watching the Top 8 for every major event that had the game, and was glued to the screen for Capcom Cup.

With Champion Edition, the game finally feels like a full, complete product. Is it four years too late, and should have been this way from the start? Absolutely. However, with the crazy amount of content, the fantastic roster, and still more to come next year, it finally feels good to like Street Fighter again. That is a feeling that I missed for a very long time. Between Monster Hunter, Resident Evil, and Devil May Cry, Capcom is going through a second renaissance and it is a beautiful thing to see. Now if we can just get the Versus series back on track, we’ll be golden. 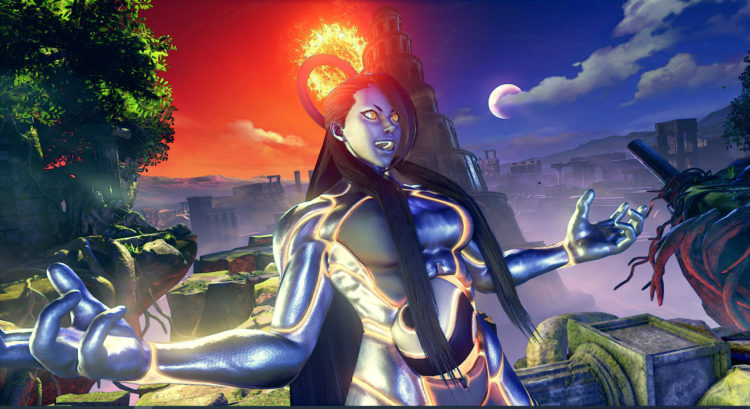 Aside from fighters, action adventure is my favorite genre. I normally stick to character action games though, and it takes a lot for an FPS game to really grab me. Doom (2016) was absolutely one of those games. It took everything I love about video games and crammed it into a slick, sleek, action packed romp that felt like a rush of pure adrenaline every time I played it. So, when its inevitable follow-up was announced, I was beyond excited.

Aside from some minor nitpicks about level length, platforming, story, and that damn purple goo, Doom Eternal took basically everything I loved about the last one and cranked it up to 11. It’s the first FPS I have ever played that felt more akin to a character action game like Devil May Cry than to something like Halo or Gears of War. I loved almost every second of it. Plus, Mick Gordon delivered another absolutely killer soundtrack, and I cannot wait to see more from this franchise and where the Doom Slayer will end up ripping and tearing next. 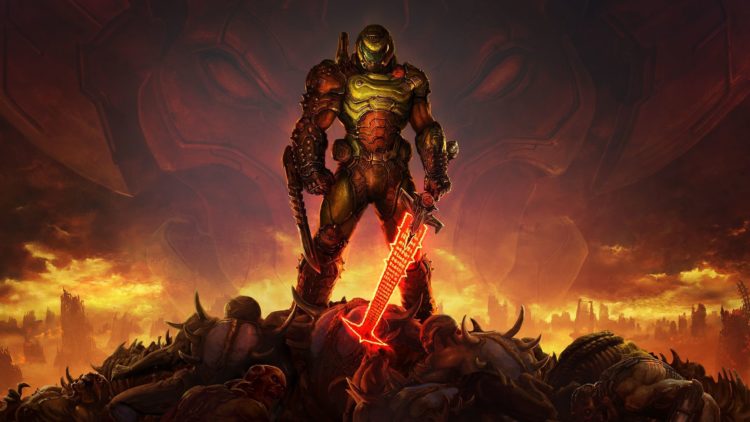 Devil May Cry and Resident Evil are my two favorite franchises. I started playing both from a very young age, and they heavily influenced my taste for games. However, while Devil May Cry has remained pretty consistent in quality (DMC2 does not exist in this dojo), Resident Evil has had more lurching ups and downs than a roller coaster operated by a drunk carny. Thankfully though, the one-two punch of the Resident Evil 2 remake and Resident Evil 7 finally brought the series back to the top-tier status it always held in my heart.

While the remake of Resident Evil 2 was, like the original, much more of a horror-focused entry, Resident Evil 3 was always more focused on the action. Despite its short length and the lack of more spontaneous encounters with Nemesis, the overall experience had me completely enthralled for the 10 or so hours it took to complete. Before this game, I was extremely worried about seeing Capcom return to the well for a full-on Resident Evil 4 remake. After seeing this game in action and how well it was handled though, I am more than ready for a return to that sleepy eastern European village — as well as for whatever Resident Evil 8 has in store. Despite its shortcomings, this was an easy pick for one of my favorite games of 2020. Resident Evil is back, and it feel so good. 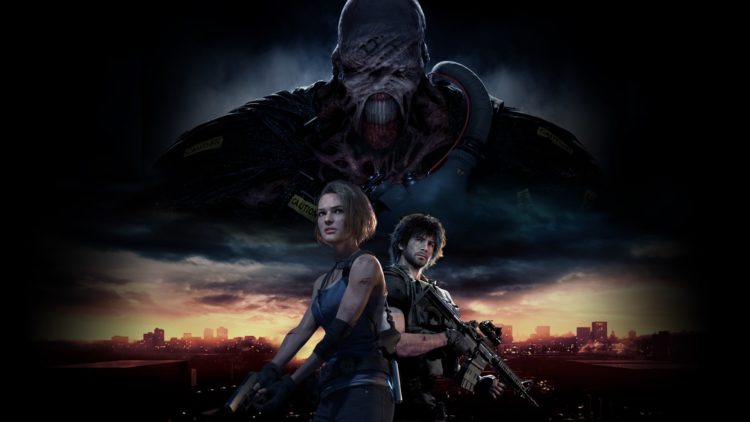 Gacha games are a very tricky subject. While some are extremely predatory and feed on people’s worst impulses, I was able to avoid most of these games pretty easily since I thought none of them really played particularly well. Then comes Genshin Impact and, for the low price of completely free, it delivers an amazing open-world action RPG, that just so happens to contain Gacha elements.

I have spent less than $30 USD on the game since I started playing it, and Genshin does not punish you for it. Spending money on the game is not necessary in the slightest, and you can even play it from start to finish without spending one red cent. I mostly just bought the monthly bonus pass and treated it like an MMO subscription. For what it delivers, I have had way more fun with Genshin Impact relative to what I spent on it to easily put it as one of my favorite games of 2020. 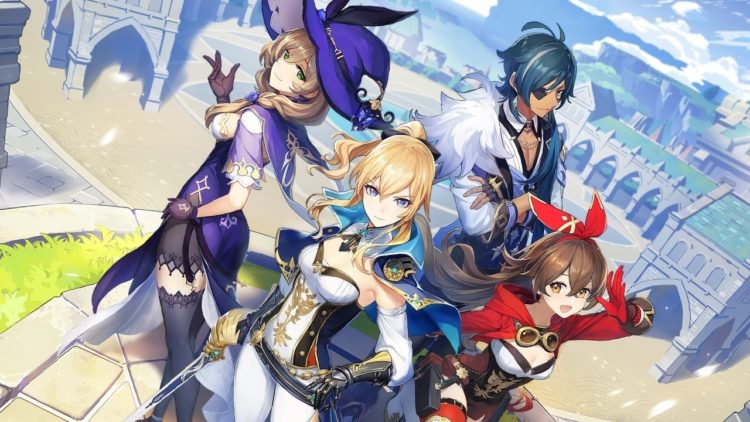 Remember when I said none of these games were in a certain order? Well, that was a lie. My absolute favorite game of the year is Streets of Rage 4. As a fan of classic arcade games and beat ’em ups, I was not prepared for the level of quality this game was going to deliver. Despite releasing almost three decades after the last entry, it feels like this series didn’t miss a beat. Between its gorgeous art style, amazing soundtrack, and incredibly satisfying gameplay, I could not have asked for a more faithful and fun follow-up to one of my favorite forgotten franchises. Streets of Rage 4 is what I consider a “perfect” game in that it delivers exactly what it sets out to do and does it better than anything else. What else could I ask for? (Well, maybe couch co-op…) 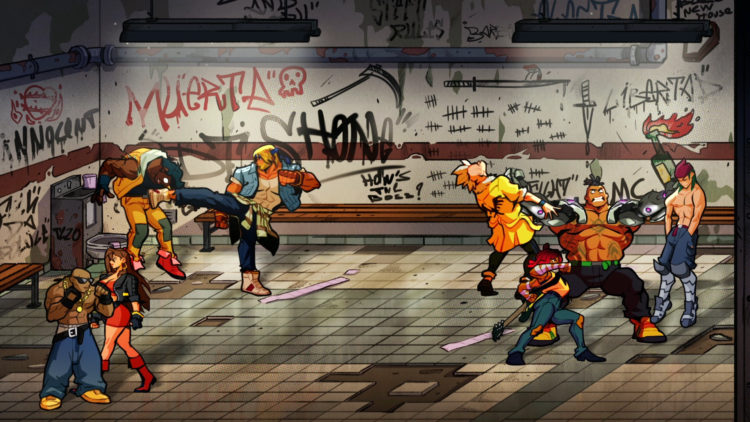 By “honorable mentions,” I mean the games of 2020 that I haven’t played yet but will probably love once I do. That being Yakuza: Like a Dragon and Cyberpunk 2077. This article was written on December 4, less than a week before Cyberpunk 2077 drops and I suspect that if I wrote this article a week later, it might have ended up on here. It is what it is, though. To everyone out there reading this, I hope you are healthy and happy, and here’s to 2021 being better. Although it wouldn’t take that much for that to happen. 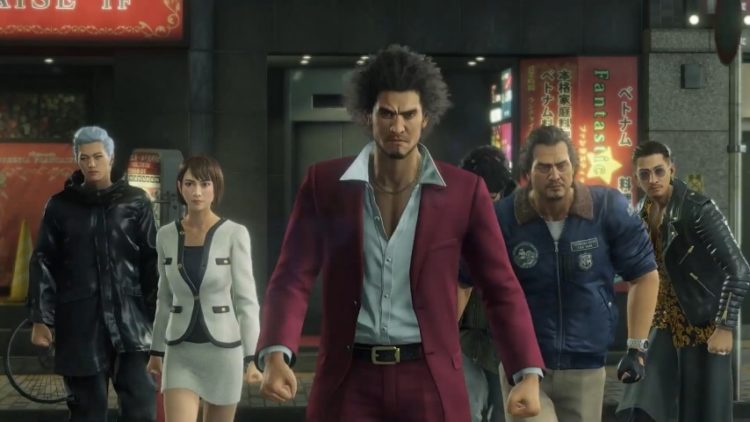