As you follow V’s journey in Cyberpunk 2077, you’ll encounter a man named Dexter DeShawn. It also happens that you can get his gun, Plan B, later. While you’re doing that, you might as well aid Nix with two side jobs, “Kold Mirage” and “Spellbound.” Here’s our guide to help you out with all of these objectives.

Note: For more information, check out our Cyberpunk 2077 guides and features hub. Likewise, please be reminded that this guide contains spoilers.

Dexter DeShawn is someone who might seem trustworthy at first. Sadly, towards the end of Cyberpunk 2077‘s first act, he’ll kill V to save his own skin. Of course, V’s adventures don’t end there due to the relic. As for Dexter, he doesn’t get to survive for long since Goro Takemura executes him. This begins a chase sequence followed by more main quests. Yes, it’s highly likely that you’ll completely forget about Dexter while you explore the rest of Night City.

Still, at any point in time after Cyberpunk 2077‘s first act, you can return to the landfill. Just follow the road that goes south from the Sunset Motel fast travel point. Eventually, you’ll find yourself back at the scene of the crime. Dexter’s corpse is still here.

Check the corpse to pick up the Plan B, the same gun Dexter used to shoot V in the head. 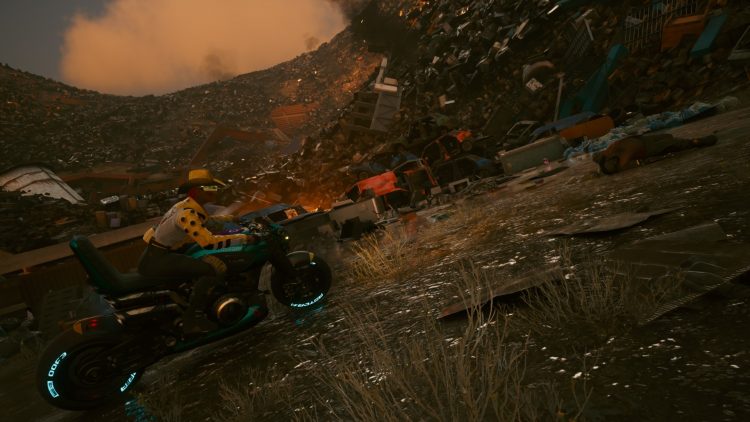 The Plan B is an iconic power pistol. Its bullets have a higher chance to apply the bleeding status, but every shot costs eddies/cash.

Likewise, it’s only a rare/blue weapon. But, like every other iconic weapon in Cyberpunk 2077, you can craft the epic version followed by the legendary version of this if you have the requisite perks and materials. 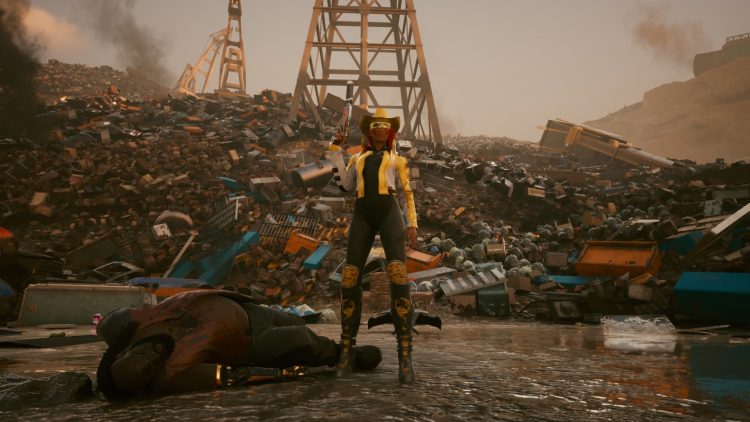 Since you’re in the area, you might as well do two Cyberpunk 2077 sidequests. The first one, “Kold Mirage,” becomes active while you’re next to Dexter’s body.

There’s a freezer nearby and, once you open it, you’ll find the corpse of Rache Bartmoss, the infamous hacker who crashed the Net. Johnny will chime in to tell you to bring Bartmoss’ cyberdeck to Nix. 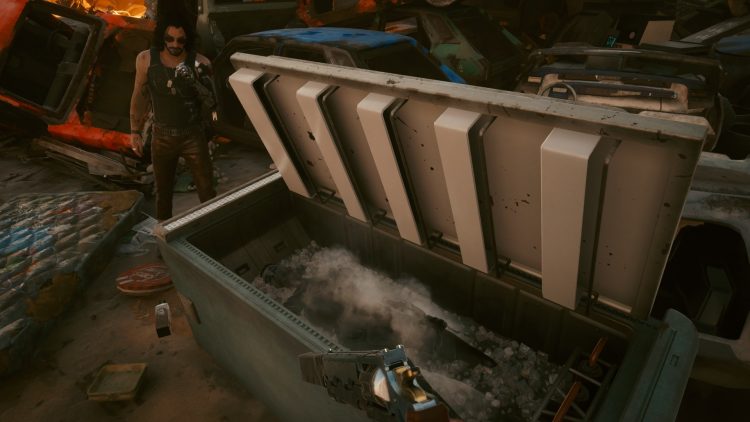 Fast travel to the Afterlife bar and meet Nix in the back room. Give him the disk and he’ll get to crackin’. Unfortunately, things don’t go as planned and you need to help him out: 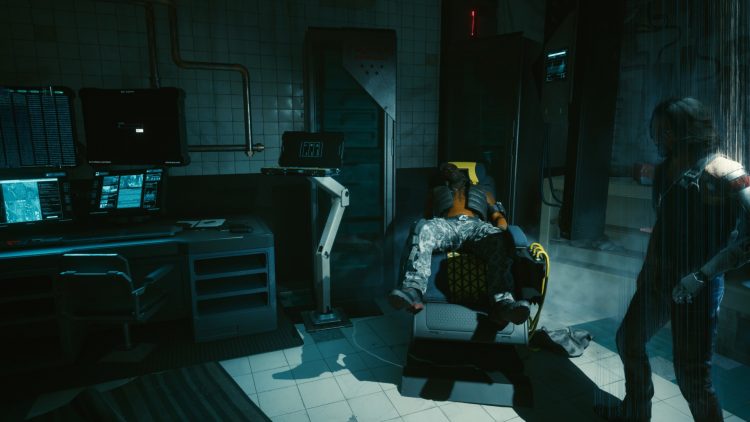 Whatever the case may be, Nix will be thankful and he’ll give you the next side job, “Spellbound.” For this one, he needs you to buy Bartmoss’ “spellbook” from someone named R3N0. Give R3N0 a call on your phone.

Meet with her in Lele Park. You’ll have several options here: 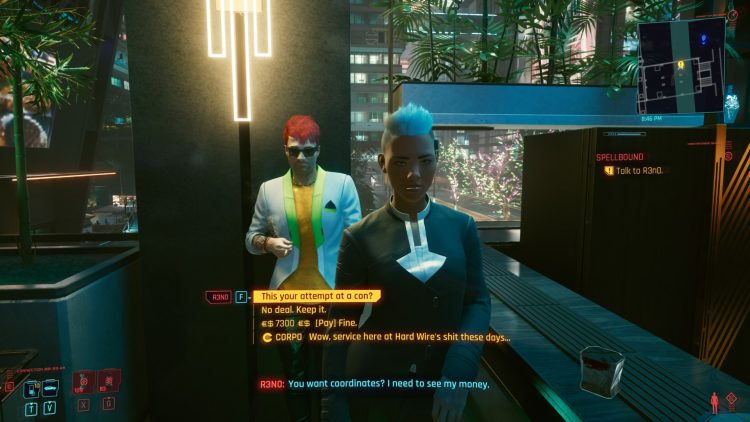 Regardless of your decision, you’ll get the location of the suitcase. It’s still close to Lele Park, so don’t worry.

Open the suitcase and you’ll find a shard. You’ll also receive an optional task to decrypt it. 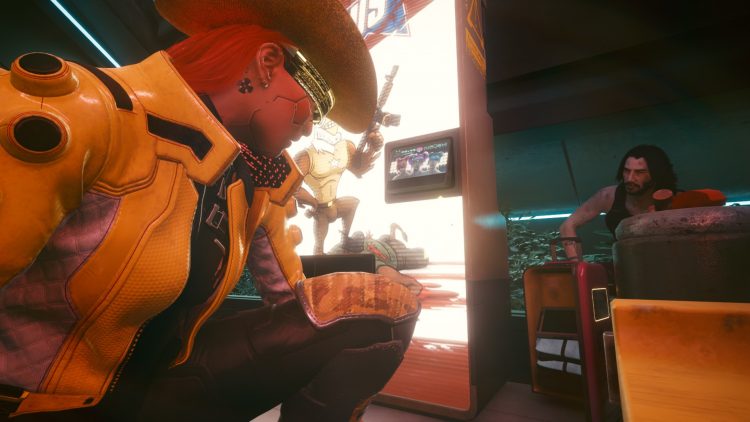 Save your game now since you only have one shot at doing this correctly. Next, open your menu and check the “Shards” list. Scroll down to the very bottom to find the entry for the “Spellbook.” Then press “F” to crack the security (another Breach Protocol minigame).

This was the sequence I got: 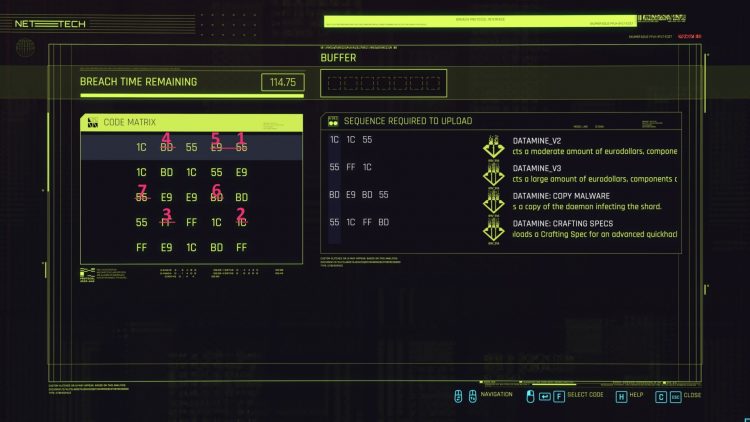 Since I picked “Datamine: Crafting Specs,” that unlocked the legendary “System Reset” quickhack as a crafting option.

Anyway, return to Nix to finish the objective. If you have 12 Intelligence, you can goad him to pay you more for completing Cyberpunk 2077′s “Spellbound” sidequest. 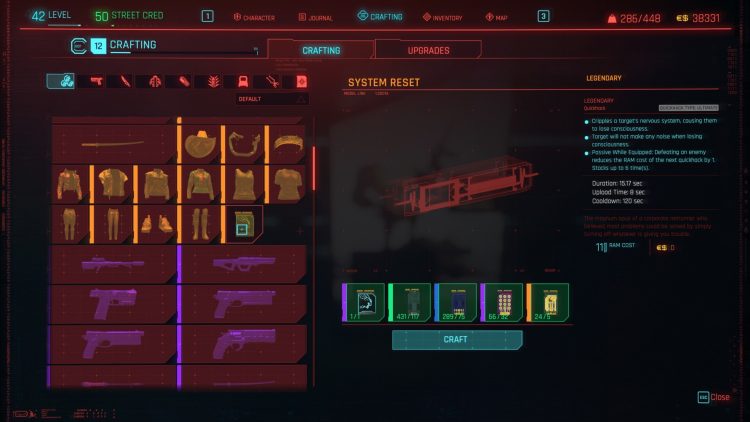 Cyberpunk 2077 is available via multiple storefronts such as GOG and Steam. For more information, check out our guides and features hub.