The Epic Games Store is on a roll again with more free content and discounts than you can possibly gobble up. While the exclusivity shenanigans are still afoot, it’s hard to get mad at the incoming barrage of free games in addition to the previous two years of free weekly offers. Today is the second day of the “15 days of free games in December” event or whatever the Epic Games Store is calling it. All we know is we like free, and Oddworld: New ‘N’ Tasty is today’s free offering.

Oddworld: New ‘N’ Tasty is a top-notch remake of a 1997 classic adventure. The version that’s available today released back in 2014 from developer Just Add Water. It features plenty of modern 3D visuals to bring the experience to new generations and it’s regarded with very positive reviews.

The game itself is best described as a a mix of puzzle, action, and platforming elements that send the player through a variety of industrial and grungy environments. It has a lot of character, and that quickly becomes clear from the trailer. If I had to pin this game to something similar, I’d probably go with the movie Idiocracy, just from the feel of the environments and themes of pollutive industrialism.

In this game, you take on the role of Abe, a strange amphibian-like creature who works at a meat processing plant. He was a model employee until he discovers a creepy conspiracy about his boss deciding to turn him and his coworkers into the next series of tasty snacks for the world to enjoy. It definitely echoes the shady history of the meat industry, but we’ll leave it to the game tell that tale. 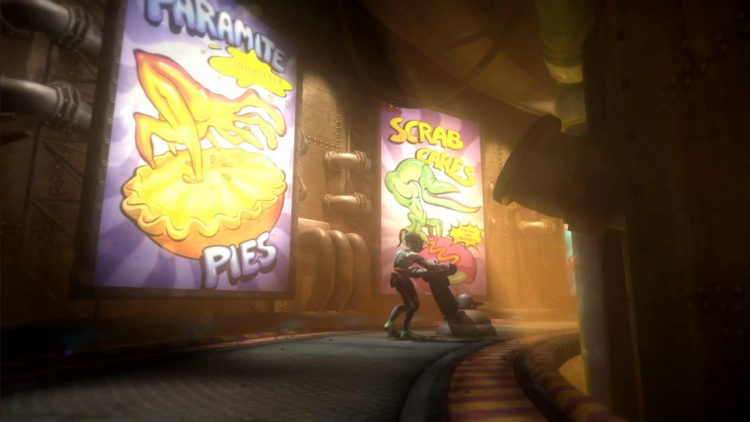 Aside from the adventures you can expect in ancient ruins, factories, and other environments, there’s plenty more to enjoy. The remastered cutscenes have a lot of character to them and even the controls and video settings offer modern features that make this retro game feel a lot more modern.

Be sure to claim this game on the Epic Games Store before 11 AM ET on December 19, because the free games will only be available for 24 hours each through the rest of December. If do have a little cash to spend and you’re thinking of picking up something for the holidays this year, also check out the Epic Games Store Holiday Sale, where there’s over 200 popular titles of various flavors. You can also grab $10 USD coupons, rendering some of those games almost free.