Samsung’s Galaxy Note20 is the company’s mainstream phablet, situated below the Galaxy Note20 Ultra. As in the world of Apple, though, “mainstream” is relative here, with the Note20’s specs (and price) drifting towards the high end of the spectrum. The Note20 features a 6.7-inch Super AMOLED Plus HDR10+ display, albeit with a lower refresh rate and resolution than the extreme highs other Samsung product lines. Here we’re reviewing the North American version of the Note20, powered by Qualcomm’s Snapdragon 865+ chipset, backed by 8 GB of RAM and 256 GB of storage; a Samsung Exynos-powered variant is sold in most other markets.

There are three cameras on the back. The main wide module has a 12 MP sensor behind a 26 mm-equivalent f/1.8 lens with optical image stabilization and dual-pixel phase detect autofocus. A tele module with a 64 MP sensor is paired with a 27 mm-equivalent f/2.0 lens, cropping from the high-resolution sensor to zoom in. At the other end, a 12 MP sensor and 13 mm-equivalent lens provide ultra-wide coverage.

The Note20 can shoot 8K video at 24 fps, though we tested it at 4K and 30 fps, where it gives the best results. It can record video in the HDR10+ standard for wider dynamic range and a more impressive viewing experience on displays that support it (Samsung televisions, of course, but also some sets from a few other makers).

Read on to find out how the Note20 fared in our testing.

About DXOMARK Camera tests: For scoring and analysis in our smartphone camera reviews, DXOMARK engineers capture and evaluate over 3000 test images and more than 2.5 hours of video both in controlled lab environments and in natural indoor and outdoor scenes, using the camera’s default settings. This article is designed to highlight the most important results of our testing. For more information about the DXOMARK Camera test protocol, click here. More details on how we score smartphone cameras are available here. 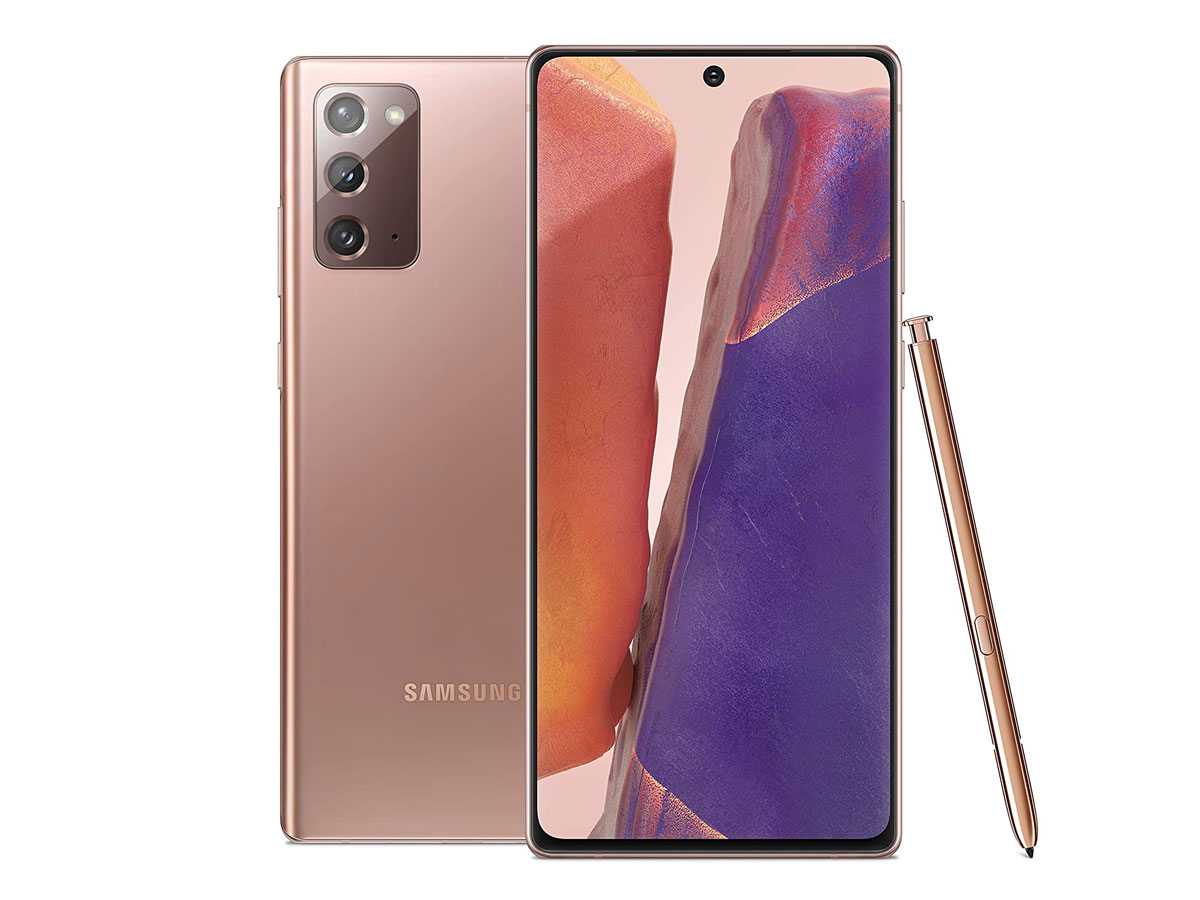 Its Photo score of 115 is decent in absolute terms, but a little less so given the Note20’s price point. Exposure is generally accurate. Colors are usually pleasant, with accurate white balance. The phone captures plenty of detail (in some cases more than the Exynos version), and its ultra-wide camera scoops up an impressive field of view. Samsung’s portrait mode is also a strength, as usual.

On the downside, dynamic range is notably restricted, and is worse than the Exynos version: expect blown highlights when faced with wide dynamic range scenes. Noise is also worse than for the global version of the same phone. The crop-to-zoom functionality of the dedicated tele module is underwhelming at the long end. 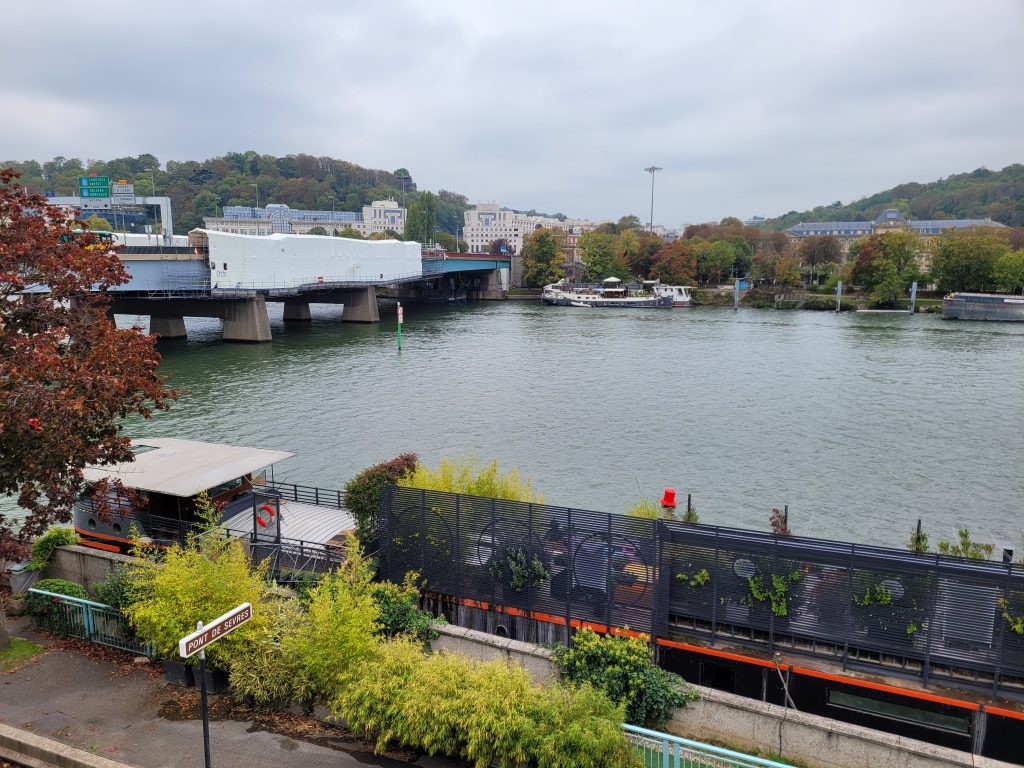 The Samsung Galaxy Note20 (Snapdragon) achieves a Video score of 97, putting it just behind the Huawei P40 and outside the top 20 scoring devices in our database. Again, the Exynos version of the phone does better, scoring 8 points higher. Exposure in videos is generally accurate, and detail is high while noise remains low in bright light. Stabilization is quite effective even when walking. However, dynamic range leaves room for improvement, autofocus performance isn’t among the best, colors are a bit off, and noise increases while detail drops when the lights get lower.

Let’s take a more detailed look at the strengths and weaknesses of the Samsung Note20, with some sample image comparisons for illustration.

In the example below we see that all three phones manage reasonably good exposure of the subject’s face, but the Snapdragon-powered Note20 clips the sky more than the Exynos version. The Xiaomi does the best job of balancing the dark subject against the bright background. 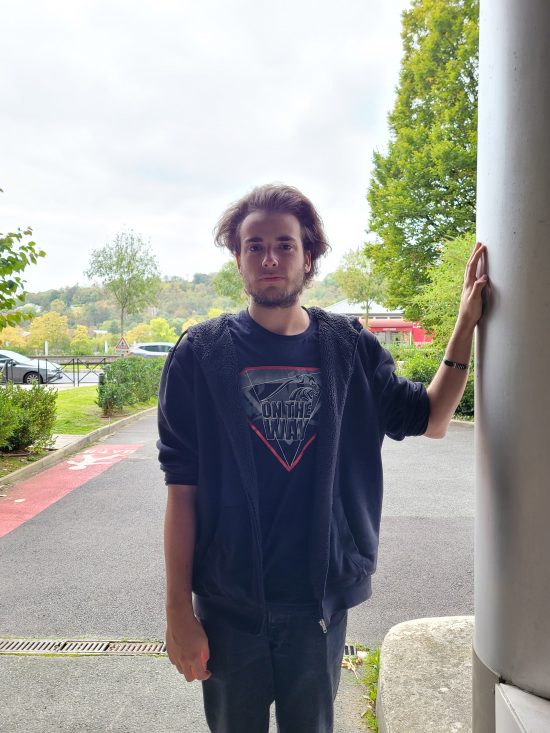 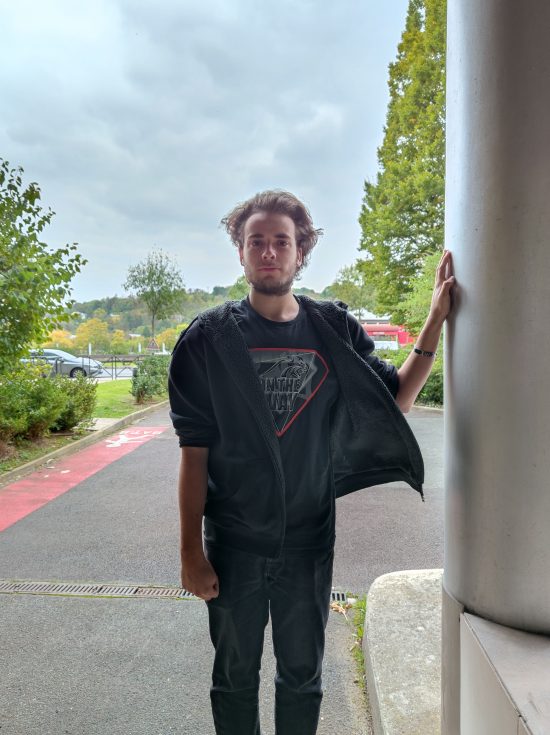 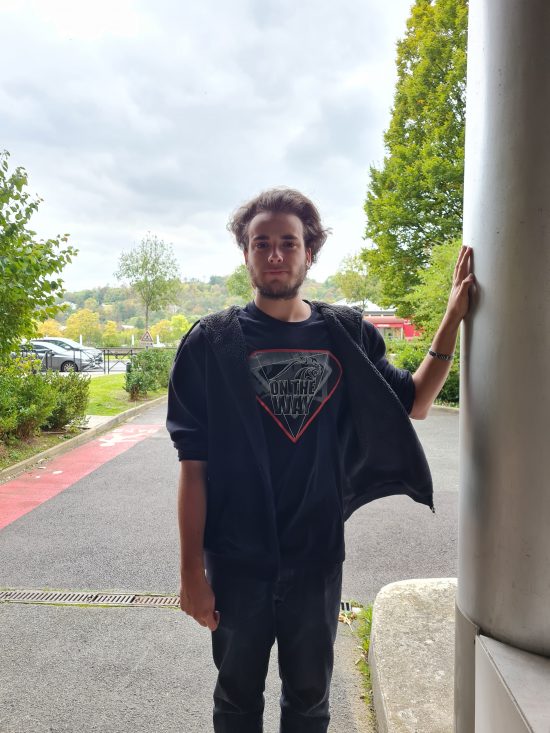 The Note20 delivers generally pleasant colors in stills, and white balance is accurate. In the example below, our device under test (DUT) produces restrained, accurate color, while both the Exynos version and the Xiaomi opt for a warmer but still pleasant rendering. 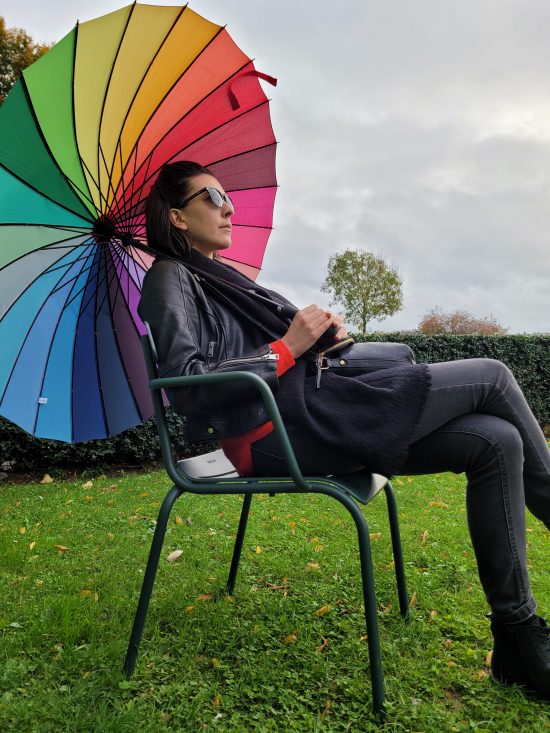 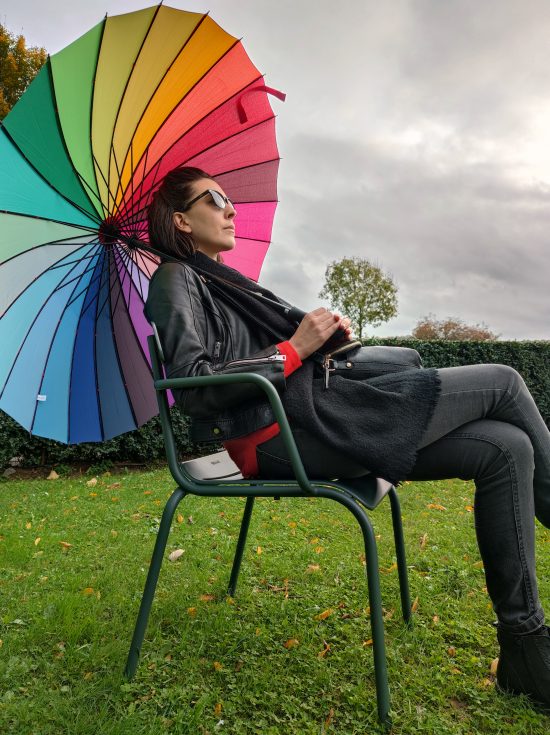 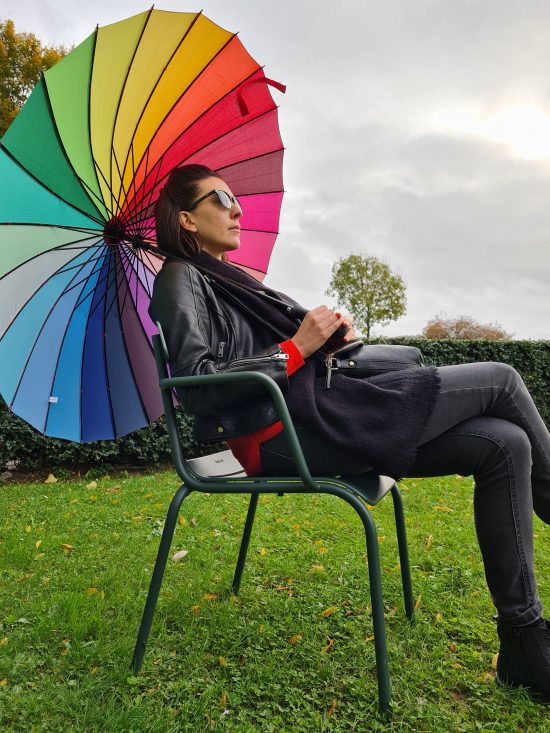 The Note20 captures a lot of detail in good light, earning a respectable texture score. Although its final score for texture is the same as the Exynos version, our testers noted that under certain conditions the Snapdragon version held on to significantly more detail. In this metric, the Note20 also handily beats its predecessor, the Note 10+. Texture does drop a bit in the darkest tested condition, but remains better than some. In the examples below, the Snapdragon Note20 retains more detail on the subjects’ faces (despite some veiling glare) than the Exynos variant. The Xiaomi also does well, and its superior dynamic range here is obvious, though the heavy HDR processing produces a halo effect around the subjects.

Conversely, our DUT showed higher noise levels than the Exynos version, and thus a noise score 8 points lower. This is most evident in low light. In the example below, the difference between the two Samsungs is clear; the Xiaomi is in a different league, deftly balancing noise and detail.

Autofocus is a weak point for the Note20. In bright flat lighting it does fine, though it starts to slow down by 100 lux and sometimes misses focus entirely at 20 lux and below, a problem most phones don’t have. But our new V4 test protocol catches out the Snapdragon Note20, showing that it frequently misses focus in bright light if the dynamic range of the scene is high. We see this in the chart below: the Exynos Note20 and Xiaomi handle this trial with aplomb, but the Snapdragon Note20 stumbles badly.

The Note20 has a very capable portrait mode that simulates shallow depth of field, selectively blurring the background. The phone is good at separating the subject from the background and produces a pleasant blur effect. Our testers noted that it sometimes fails to handle background highlights properly, but this is unlikely to spoil the illusion for most viewers.

The Note20 delivers acceptable night performance; there is a wide gap between it and the best phones, but there are not all that many that are better, and it outperforms several phones that earn higher overall scores. The usual problems present themselves: when it gets really dim, noise is high and detail is low. In the examples below, the Snapdragon Note20 has a slight yellow cast that the Exynos version avoids, but otherwise the output is similar. The Xiaomi does better overall. 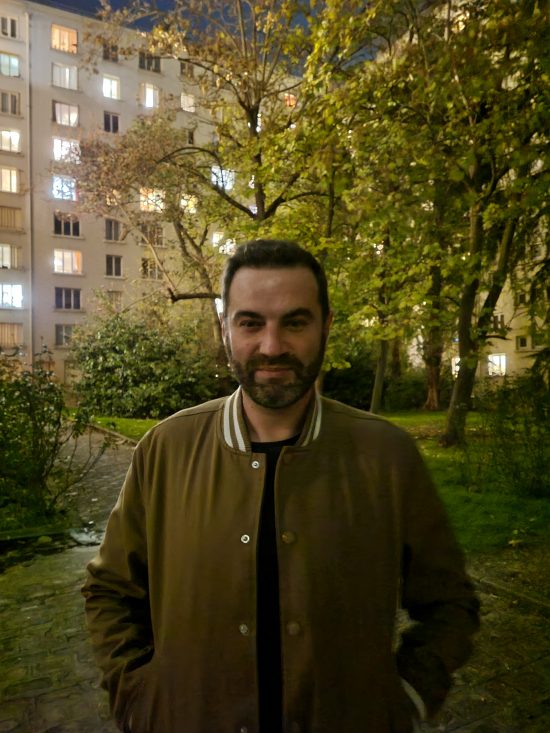 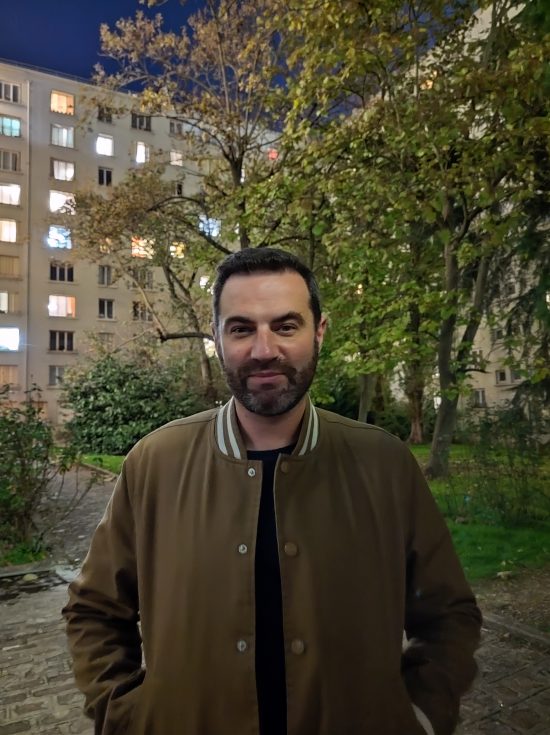 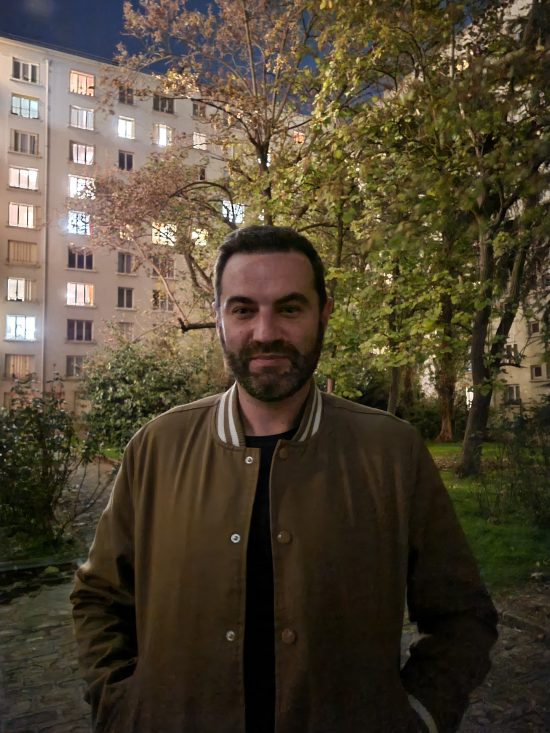 The Snapdragon Note20 earns a fairly solid score in our preview testing, though like most phones it lags behind the high bar set by Apple (and it’s a few points behind the Exynos version). What you see is fairly close to what you get exposure-wise, but as is often the case, the phone does not simulate HDR processing very effectively on the display, so the preview tends to show more clipping than the actual output for wide brightness range scenes. 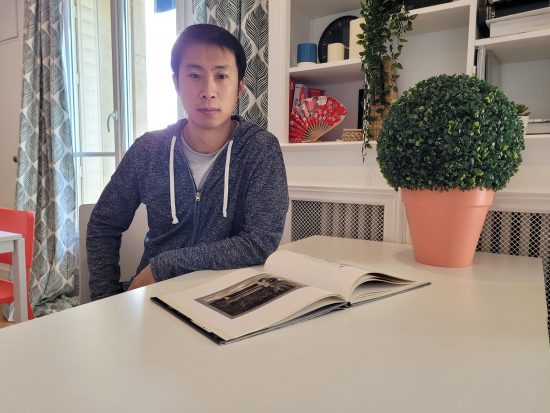 We deduct points for obvious artifacts or image quality flaws visible in images. The Snapdragon Note20 gets the same score as the Exynos variant, with the largest penalties assessed for color quantization, hue shift, ringing and flare. 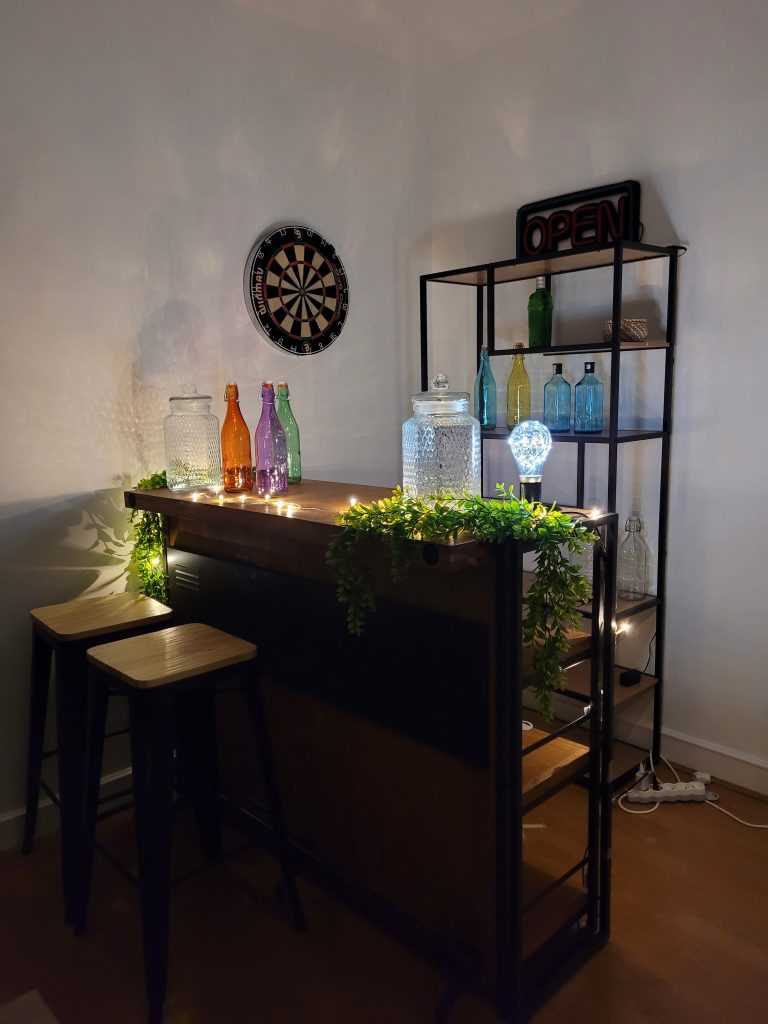 The Zoom score is a combination of a device’s wide and tele sub-scores, with the Samsung Note20 earning a middling score here due to weakness at the long end of its zoom. It trounces phones that don’t have a dedicated tele module (such as the iPhone 12 and Pixel 5), but it is not up to the performance typical of tele modules with longer focal length lenses.

The Note20 does well on the wide end, earning a sub-score of 44 that’s worthy of a high-end phone. Its 14 mm-equivalent (measured—Samsung claims 13 mm) lens gets a wide field of view in frame. Exposure is accurate and colors are pleasant in ultra-wide shots. All three devices do a nice job with the scene in the examples below: colors have a bit more pop with the Samsung phones, in keeping with their general reputation for saturated colors. 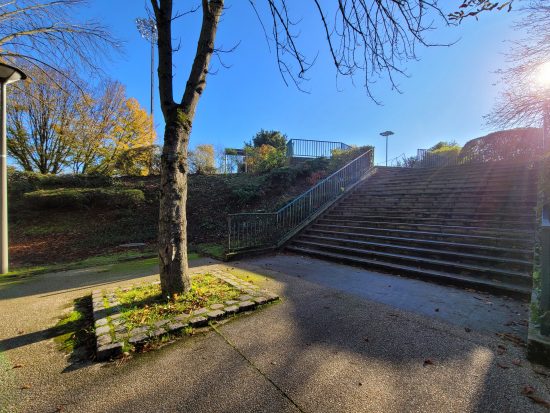 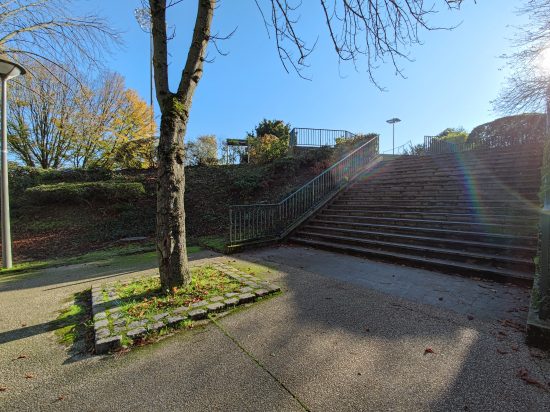 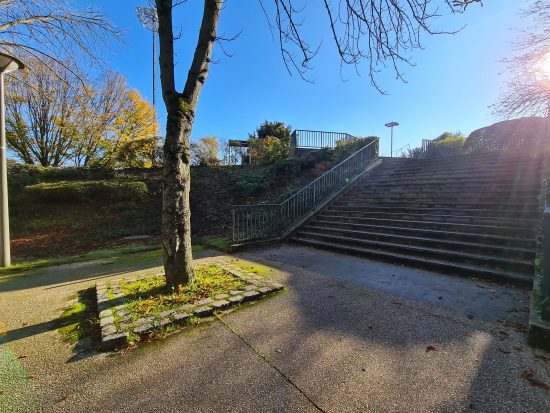 The phone’s “hybrid-zoom” works quite well at low zoom ratios. For example, at a 40 mm-equivalent field of view, the Note20 captures a much nicer image than the Xiaomi Mi 10 Ultra, which has not yet switched to its (first) tele module and instead crops heavily from a lower-resolution, wider-angle main camera. However, the tables turn when zooming in further: Samsung’s cropping design does not stand up to true optical zooms at the long end. In the examples below, we see that the Xiaomi image has a lot more detail at a 200 mm-equivalent field of view than either of the Samsung images. The Snapdragon device’s output is also quite a bit noisier than the image from the Exynos version. 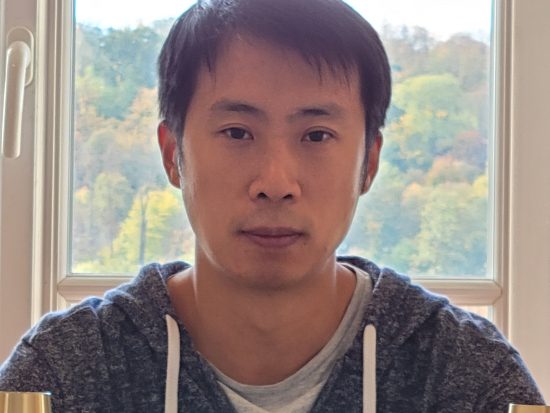 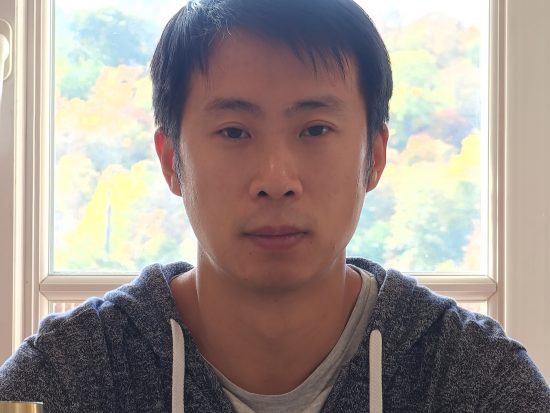 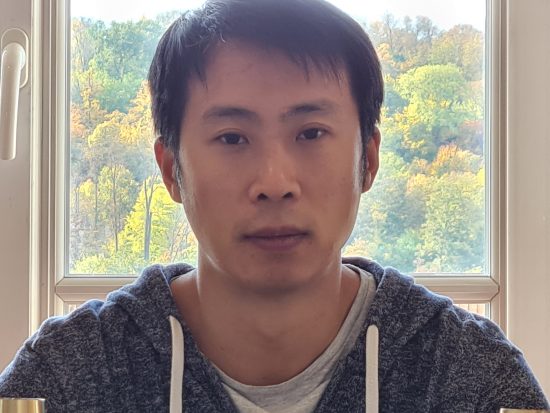 The Snapdragon version of the Samsung Note20 delivers acceptable video performance: it scores lower than many devices in its price range, but they set a high standard. Exposure is accurate until very low light levels, though in the chart below we see that the gap between the Samsung phones and the better-performing Xiaomi widens as the lights go down, and when they all collapse in near-darkness, the Xiaomi still manages to keep exposure a little higher.

Dynamic range is quite limited in video mode, with both highlights and shadows clipping badly in challenging high brightness range scenes.

The Note20’s videos show slightly inaccurate color under all conditions, though the problem is most pronounced in low light. The Exynos version scores a full 13 points higher in this category, and most competitors in the Note20’s class do better.

Detail in videos is high in bright light, but plunges dramatically below 100 lux. In the chart below we see that the Exynos variant and the Xiaomi both retain a lot more detail as light levels drop.

Noise is reasonably well controlled in bright light, but becomes more visible in normal indoor lighting levels and darker. In the chart below we see both reference devices keep noise lower, though the Snapdragon version does better than the Exynos at the lowest tested level (but at great cost to detail, as seen in the chart above).

As with stills, our testers found issues with the Note20’s autofocus in video mode. Focus is slow to react to changes in the scene, and may overshoot when correcting. Sometimes AF fails in low light.

The Note20 shows more video artifacts that most competitors, including strong ringing (from oversharpening), aliasing, flare, color quantization, and judder. The stabilization system also induces some frame shifts, especially in low light, but overall stabilization is quite effective.

In this sample clip we can see that in bright outdoor lighting, the Samsung Galaxy Note20 (Snapdragon) captures well-exposed video with good detail and well-controlled noise.

The North American version of Samsung’s Galaxy Note20, powered by a Qualcomm Snapdragon chipset, has noticeably lower imaging performance than its global twin that uses Samsung’s own silicon. In good light it is capable enough, has a nice ultra-wide camera and a strong portrait mode, and could be of interest to buyers who like Samsung’s overall take on Android but are averse to the cost of the Ultra-series devices. However, the Note20 is not a cheap phone, and potential buyers who prioritize imaging performance have several other compelling options around this price point that might suit them better.

/* Hide scrollbar for Chrome, Safari and Opera */
.sticky-column::-webkit-scrollbar {
display: none;
}