The League of Legends franchise just keeps on going. While the MOBA has etched its name in gaming history already, Riot Games is definitely not done exploring the various possibilities of its universe. In fact, it would appear that a League of Legends MMO is what’s coming next. This breaking news comes via the company’s vice president of IP and Entertainment, Greg Street.

Taking to Twitter to share some updates on his recent work, Street mentioned that it was all about developing the universe of the game. That means kickstarting a big game that fans have been clamoring for. While that leaves things to speculation, fans had their share of questions about the new development. When asked straight if it is going to be a League of Legends MMO, Street replied that indeed it will be.

So much transparency, so little marketing. The MMO will be set in the Runeterra universe.

It is an MMO

While Riot Games has not put out anything official about this new project, it is certainly set in stone. After all, a vice president would not share such news lightly. This development will also make plenty of fans happy. When it comes to a League of Legends MMO, fans have not just been asking for it. They have been demanding it for years already. Having put out Legends of Runeterra, League of Legends: Wild Rift, and Valorant, it seems Riot Games has finally pulled the trigger on its next big project. 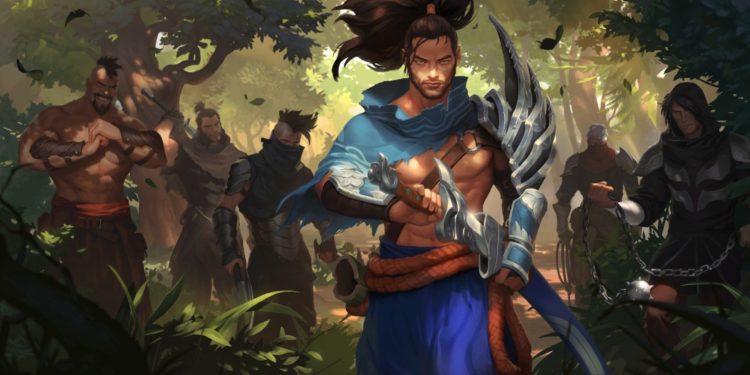 However, it must be made clear that making a League of Legends MMO will not be an easy task. Even with Riot’s massive financial muscle, the company will still need the additional talent and the expertise to pull it off. A live service game may not be new to the company, but an MMO is a whole other beast altogether.

Riot is currently still hiring for the project, so it will be a long time before we even see the game.