Nowadays the trend of mini SUV is increasing day by day. Due to the high ground clearance and compact nature, most of the buyers are now preferring to buy compact SUVs rather than premium hatchbacks and sedans. Tata Nexon is one of the most popular mini SUVs in India and its sales cross over 6,000 every month. On the other hand, the 5 to 6 Lakh rupees is one of the most selling segment. But there is no compact mini SUV type vehicle present in this segment except the Nissan Magnite. Targeting this segment, Tata is working on a new vehicle, whose concept name is HBX. It will not be a proper compact mini SUV, instead, you can call it super compact SUV. This will fill the gap between a hatchback and a mini SUV.

At Auto Expo 2020, Tata has showcased the HBX and it looked like a super compact version of the Harrier. It is expected to launch in the Indian market between March and August 2021. On the other hand, Tata already has two products in the same segment, the mid variant of Tiago and the base variants of Altroz. Now, it will be interesting to see at what price Tata will launch this upcoming car. Currently, no other Super Compact Mini SUV competition exists in this segment, it will bring surprising sales figures to Tata. The Company has not revealed the actual name of the vehicle yet, but according to some reports, it is believed that it will be named as Hornbill, HBX or something else. 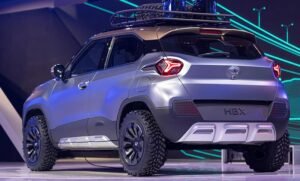 The company has not yet shared internal and external images of the vehicle. The car will be similar to its concept version which looks like a mini Harrier. It will get the daytime running light above the headlight which will also work as an indicator, just like the Tata Harrier front profile. It is likely to come with 16-inch four-spoke dual-tone machine-cut alloy wheels on the top trims, while lower trims can get 15-inch steel wheels. The HBX will also get roof rails and rear wipers. Recent spy shots suggest that it will get regular antenna setup instead of a shark fin antenna. 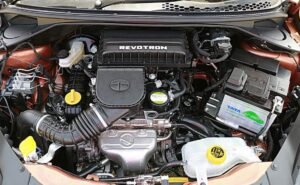 Coming to the Engine. The upcoming HBX is expected to get Tata’s 1.2L Revotron 1197cc 3 cylinder engine that generates 84.48bhp of power at 6000rpm and 113Nm of torque at 3300rpm. This engine will come with a 5-speed manual gearbox and 5-speed AMT transmission in this car. This is the same engine that also powers the Tata Altroz, Tiago and Tigor. This engine is capable of delivering an actual mileage of up to 18kmpl in the city and up to 22kmpl on the highway. Tata has already clarified that this car will not be offered in the diesel option as most buyers prefer petrol in this segment. 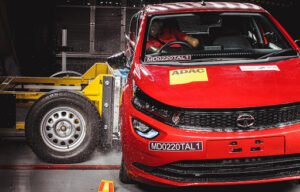 Tata Motors is known for its safe Cars in the Indian market. The company focuses on delivering safe vehicles and safety is the No. 1 priority for buyers. Tata’s Nexon and Altroz are two products rated Global NCAP 5 stars while Tiago and Tigor received 4 Start ratings. This rating indicates how safe Tata cars are. HBX will share the same ALFA platform that we have previously seen in Altroz. The Tata Altroz has received a 5-star safety rating, from which we can also expect a 5-star safety rating from HBX. Apart from this, safety features like ABS, EBD, Brake Assist, Dual Airbags etc. will also be available in HBX. 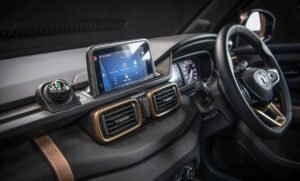 Talking about features. Tata HBX will be a feature-rich product that will come with all the bells and whistles. It will get features like Harman touchscreen screen infotainment system, Harman speakers, push start-stop button, all four power windows, electronically adjustable and foldable ORVM, rear parking camera, Sensors, Auto AC etc. which other cars also offer in this segment. However, we do not think it will get a sunroof as it will increase the price of the car to the Nexon level.

The Tata HBX will be a super compact mini SUV that will fill the gap between the Tiago and Nexon. It has been seen testing many times on Indian roads. We can expect its launch in the Indian market soon. According to reports, it will launch in March 2021 in India. The price range of this car is likely to fall between Rs 5.40 lakh to Rs 6 lakh.