Let’s face it. A lot of people, myself included, were hoping Cyberpunk 2077 would be this glorious, majestic, and absolutely perfect video game. It isn’t. There are several problems I’ll outline below, though, for the most part, it’s still a great game in its own right.

Oh, and before we get started, it should be noted that this review’s coming in a bit late. Our editor-in-chief, Cameron Woolsey, explained that it took us a while to receive a review code. I was only able to play on launch day. Subsequently, my roughly 50-hour playthrough is based on my experiences with the 1.02 and 1.04 versions of the game.

After Cyberpunk 2077‘s character creation process, your main character V starts their journey depending on your chosen lifepath. This origin story introduces you to Night City, a den of crime and corruption in a dystopian future where a megacorporation rules all aspects of life.

Fairly early on, you’ll meet a strong supporting cast of characters, many of whom present memorable missions and quests. There’s a lot of humor and depth to the personalities of these characters, too, from Jackie’s loyalty and banter, Panam’s leadership attributes, Kerry’s attempts to become independent, Judy’s techno wizardry, and Takemura’s code of honor. Likewise, there are romance options for you to consider. 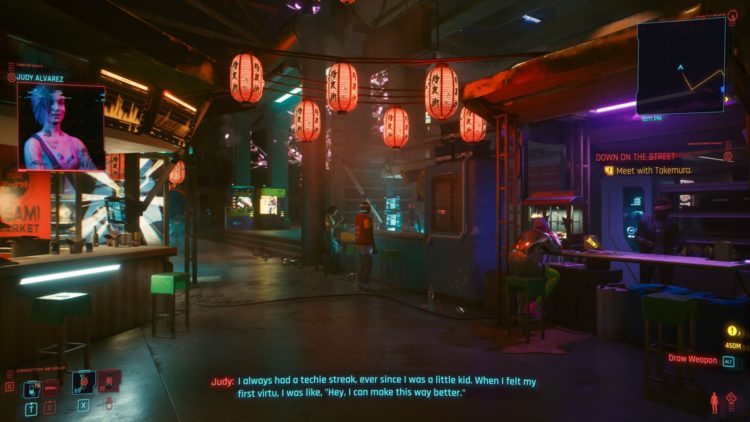 Of course, the crux of it all is rock star-turned-terrorist Johnny Silverhand (played by Keanu “Mr. Breathtaking” Reeves). His quest to topple the Arasaka Corporation doesn’t go as planned. Now, his and V’s fates are intertwined.

From here, you’re given more jobs and gigs that’ll help you understand the story further. Oftentimes, you’d be interacting with Silverhand, whose extremely gruff, violent, and grim personality makes your relationship with him even more complicated. But make no mistake, one of Cyberpunk 2077′s core strengths is how its narrative and character dialogues are written. 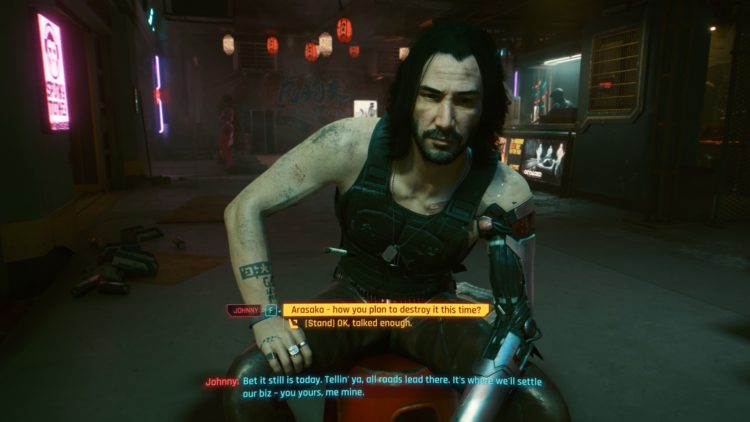 Blowing up network systems and baddies

As you progress further in Cyberpunk 2077‘s campaign, you’re given the tools of the trade. You’ve got loads of armaments from smart weapons that track targets, and tech weapons that can punch through walls. There are also blunt and bladed weaponry (katanas, hell yeah), and Cyberware attachments that grant you new attacks. At one point, you even get to use a hovertank.

Overall, Cyberpunk 2077‘s combat is very satisfying. Blows, blasts, and booms are impactful and loud, with effects that are sure to wow you. 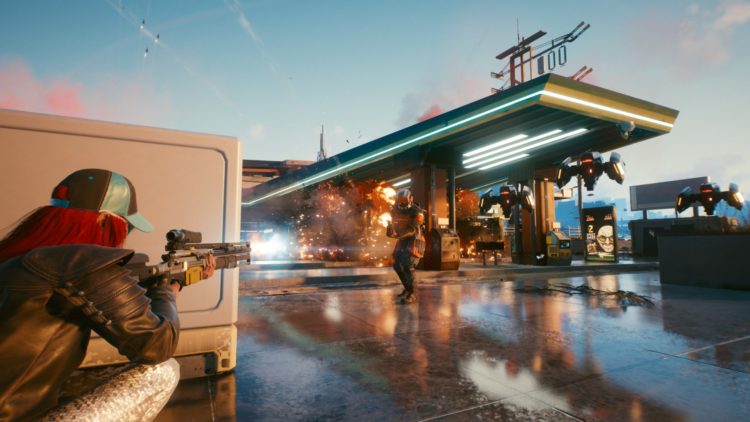 The game also has a clear-cut attributes and perks system, with multiple skills, to boot. Think of it as akin to Skyrim‘s proficiency system — keep using the same kinds of guns, attacks, or skills, and you’ll increase level of that particular perk.

A notable attribute, Intelligence, governs the Breach Protocol and Quickhacking perks. These allow you to hack network systems to use cameras, cause distractions, lower enemy defenses, poison mobs, or fry their ocular implants to cause blindness. Let’s not forget that there are also braindance sequences and instances where V gets to play detective. These are all excellent mechanics that truly shine when combined with regular first-person shooter gunplay. 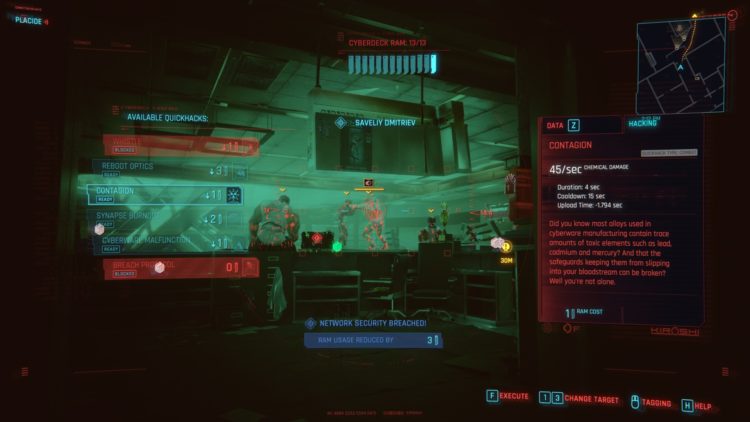 Obviously, a game with these ideas in mind wouldn’t fare well if it looked or performed terribly. Now, as far as I’m aware, many players have been experiencing issues (especially those who got the game for the PS4 and Xbox One). In my case, however, I had decided to upgrade my rig prior to playing Cyberpunk 2077.

As mentioned in our technical review, my rig has an Nvidia RTX 3080 GPU, Intel i9-10900K CPU, and 32 GB RAM. It’s definitely for high-end gaming; I rarely experienced framerate drops or stuttering in regular play. Indeed, a slowdown only occurred if I had a ton of items in my inventory and I was swapping between them, or if I’m alt-tabbed and had multiple pages opened while writing guides. 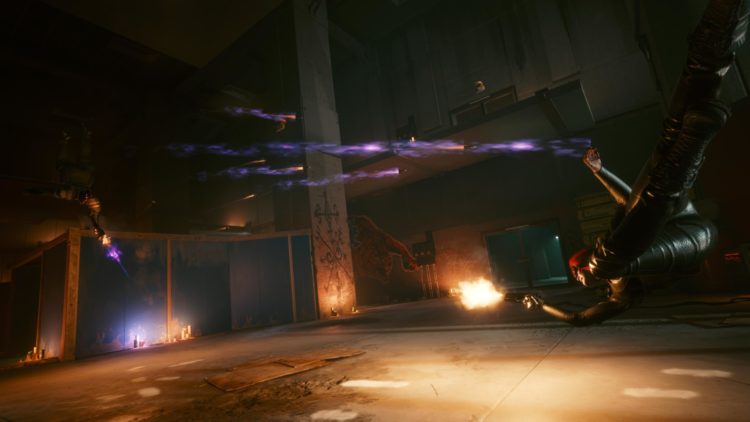 Outside of these instances, the game ran smoothly. I was averaging 50-60 fps at 4K resolution with the “ray tracing: ultra” preset enabled. Likewise, there are additional tweaks that you can do to improve framerates, performance, and sharpening. Moreover, the DLSS option for RTX cards helps boost performance significantly. Granted, not all specs are the same, and results will vary greatly. It may be prudent for some to wait for more optimization updates before diving in.

Regardless, my Cyberpunk 2077 experience, at least from a visual and graphical standpoint, has been simply breathtaking. Night City is rendered in a dazzling display of neon lights, character textures are very detailed, and ray tracing effects can be jaw-dropping at times. It helps that it’s got one of the best photo mode features I’ve ever used. Even if there were some limitations, I spent an unhealthy amount of time trying to get image captures. 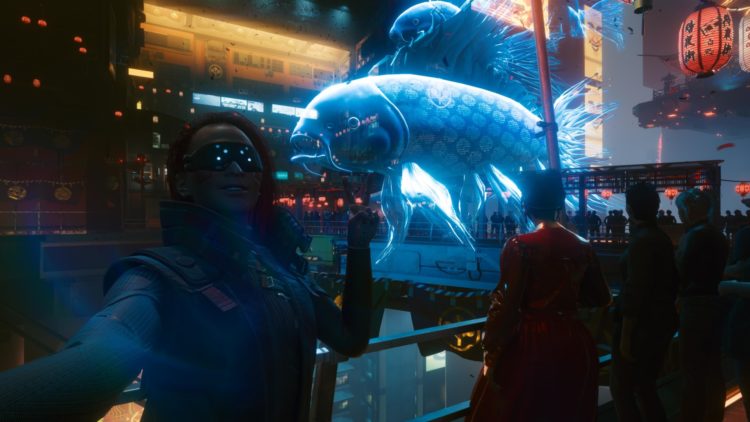 If Night City looks visually appealing then the sandbox can be disappointing. Yes, Cyberpunk 2077 does have various encounters with gangs and criminal elements. Yes, you can happily explore to your heart’s content. The problem, however, is that the AI is quite poor.

It’s understandable when in combat since V has multiple skills to wreak havoc, but the exploration suffers when you realize that random NPCs don’t really do much. Heck, if you leave a car parked in the middle of a street, not a single driver attempts to swerve since it seems NPCs follow predetermined driving routes. Speaking of driving, Cyberpunk 2077‘s driving controls took a while to get used to. One word to describe it would be “janky.” 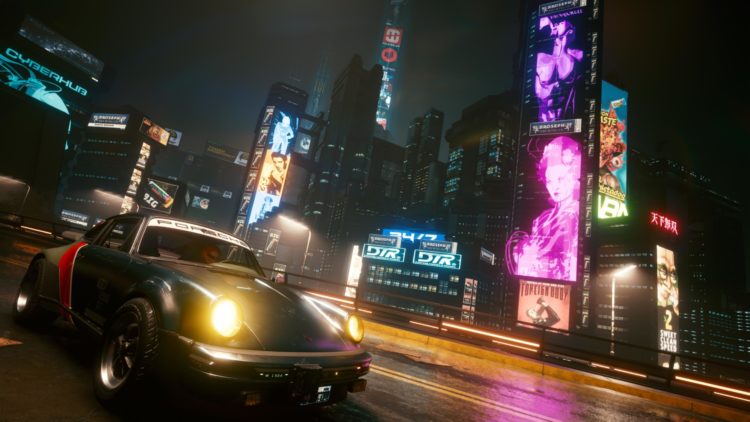 The above qualms also coincide with Night City’s police force. When playing open-world action games, you’d become familiar with how the police react to crimes. Examples include the Grand Theft Auto, Watch Dogs, Saints Row, and Mafia franchises. Even the recent Assassin’s Creed Valhalla had soldiers and zealots chasing you while on horseback.

In Cyberpunk 2077, breaking the law would have cops spawning out of thin air (often behind you). Running away gets rid of them easily because, like driving routes, police only have predetermined spots and street corners. It’s certainly a downer if you expected over-the-top car chases, wanton mayhem, and dynamic open-world action. 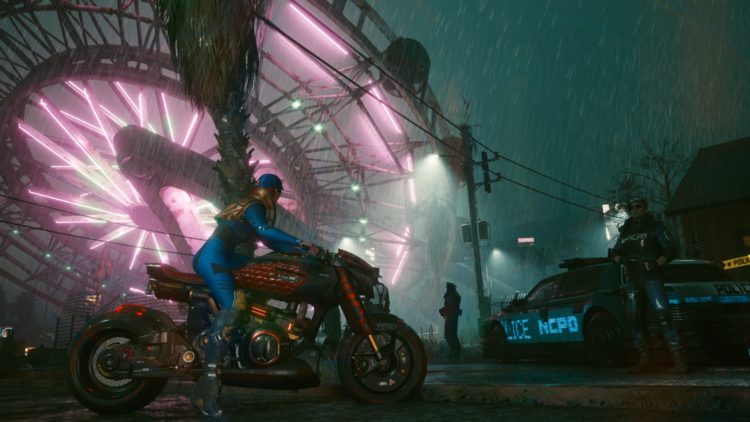 Speaking of expectations, there were a couple of concepts that became huge letdowns. Remember the ‘2077 in Style‘ trailer? That got you thinking that V would go on an adventure “in style.” Sadly, Cyberpunk 2077‘s character customization options remain limited.

For starters, you can’t change your appearance after character creation. V’s stuck with the same look and hairstyle for the rest of the game. It astounds me when you consider that the game takes place in a dystopian future where everyone has cybernetic implants, and yet further alterations or body modifications can’t be done. At most, you’ve got the aforementioned Cyberware implants for your arms, but those are only seen in first-person view.

As for the clothing and attire options, you’ve got two choices: find stylish items while disregarding their stats, or wear decent items and look like a goof. I just went with the former, favoring fashion and style over utility and survivability. I figured that if I’m going to use photo mode to capture memorable moments often, V can’t look like a designer’s worst nightmare. It’s genuinely perplexing that the game lacks a transmogrification feature. I mean, you have the guy who made sci-fi look cool and hip thanks to The Matrix. But random characters walking around have better outfits than you do. 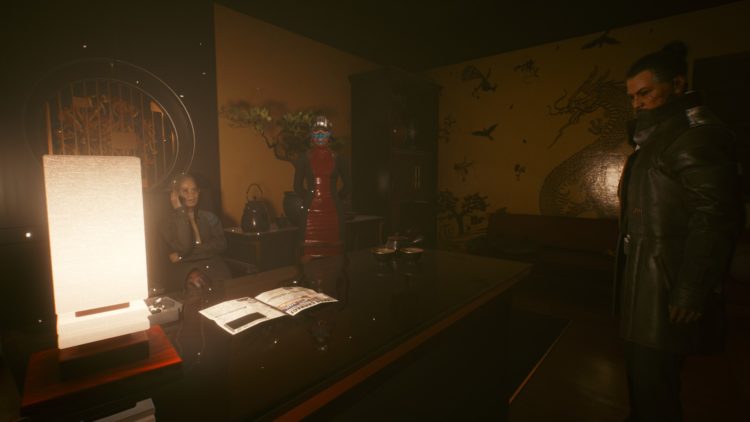 It goes without saying that Cyberpunk 2077 has a number of flaws. Apart from those already mentioned, there were some minor hiccups that happened seldomly such as texture clipping and wonky animations. Also, looking at all those arcade cabinets and the fact that this is based on a tabletop RPG, it’s a missed opportunity not to have an engaging minigame — Gwent 2077, anyone?

Evidently, Cyberpunk 2077 was so overhyped (and delayed multiple times) that it couldn’t live up to the expectations and clamor. If I approached this offering as an open-world action game akin to Grand Theft Auto or others in the genre, I would be severely disappointed. Instead, I focused primarily on the main missions and sidequests, and not on the sandbox itself. Furthermore, with Night City’s glitz and appeal, I was more concerned with taking in the sights and sounds, as well as photo mode captures. Increasing my wanted level and causing as much destruction as possible to fight the law (a common way of passing the time in the genre) took a backseat.

I feel that this approach allowed me to appreciate the game even more owing to an unforgettable cast of characters, fun missions, and brilliant writing. Yes, in spite of some misgivings, I still managed to enjoy my journey in Night City. 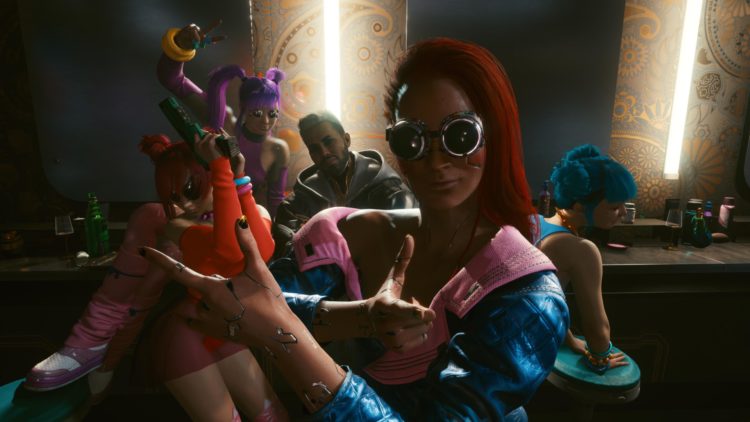