Piggy Boom is the ultimate coin master game. It allows the players to experience the excitement associated with raiding, stealing, and attacking islands. The players need to create havoc to collect coins and become the wealthiest.

Clearly, this game is an exciting all-in-one package. And that makes it so loved by players worldwide! But, if you want to play other games like Piggy Boom, then we are here to help. Given below is a detailed list consisting of some equally thrilling and adventurous games like Piggy Boom. So, read on to find out some great alternatives to Piggy Boom. 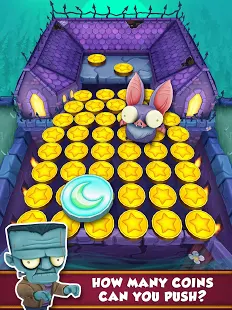 Coin Dozer: Haunted Ghosts is a fun yet spooky game where you need to drop coins and collect them. You will be rewarded with creepy prizes and tokens in return. Hunting down ghosts could be very thrilling especially when you are rewarded with coins for the same.

The game has several scary Halloween themed elements like ghouls, Dracula, zombies, etc. The ghost coins and moon coins provide you with the much-needed boost. Collecting a moon coin will initiate the Full Moon Mode which in turn will increase the value of all coins and rewards.

Coin Dozer has a mini-game as well where you need to look for as many ghosts as possible. So, don’t waste any more time. Hunt down all the monsters roaming around the graveyard and collect lots of coins for doing the same! 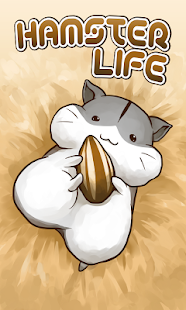 Raising a hamster has never been more fun! Hamster Life is an interactive pet-rearing video game. Here you can play with your virtual pet hamster, give food to it and even touch the cute little being.

You can also make your hamster run on the wheels. Now, every time you care for your hamster by providing it with food or playing with it, you will get coins. In case, your hamster’s stomach is full, then it will take the excess food to its home.

Your hamster can also drink water from the water feeder while you watch its cute activities. Taking your hamster for a walk will also reward you with coins as you level up. So, this game gives you the closest experience of caring for a real-life hamster. 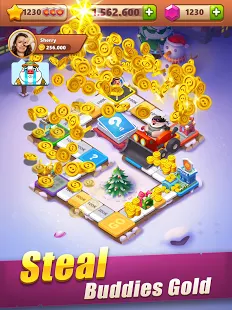 This is one of the most fun and easy to play games like Piggy Boom! Piggy Go-Clash of Coin also features a cute pig who embarks on an adventure just like in Piggy Boom. It’s a free game published by Forever9 Games that you can play on your Android device.

An exciting game where you just need to roll a dice to travel all over the globe. Millions of players all over the world are playing the game along with you. There are several elements of thrill in this game. Looting money and gold, attacking cities, escaping, and finally collecting the jackpot! You see, an amazing adventure is awaiting you.

You can also take part in fierce competitions, cook meals, build your very own city, and gamble at the casinos. Kids all over the world love this game and so will you!

Fluffy, the bandit wants you and each one of your friends to join him on a crazy coin collecting spree. This is a puzzle-based game released by Teen and is compatible with all Android platforms. Not only is this game loved by kids, but it is parent-approved as well. The reason is that it focuses on mental sharpness. Only the brightest child will win the game.

You just need to spin the wheel to test your luck. Besides getting rewarded with coins and defense equipment, there are several more exciting prizes waiting for you. Along with several mind-exercising tools like crosswords, quizzes, riddles, etc. you also get to be a warrior here.

Yes! You have to play the role of a warrior and attack foes to turn their worlds into ruins and gain glory for yourself. A great role-playing game equipped with an attractive gaming environment and several worlds along with mind-boggling puzzles! 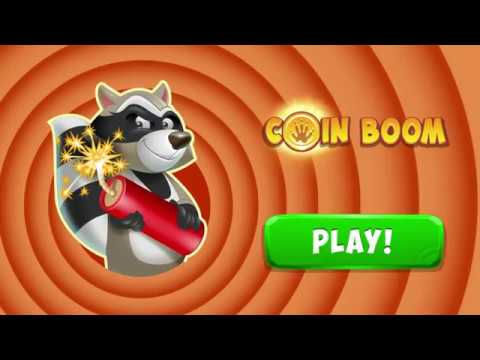 Join the fun ride of Coin Boom with your friends as you stack coins and discover the world. Coin Boom is all about building your own island from scratch to become the ultimate master of the game. Developed by Candy Grill and released by Teen, Coin Boom has a high rating of 4.5 on Google Play.

With every spin, you will earn loads of coins which you can use to construct a land of your own. Visit several villages and fight against friends and enemies to gain the title of the best coin master. Moreover, there are not many morals here in the Coin Boom world. You can attack, raid villages, and also steal. All methods are justified here as long as you get more coins.

Your arsenal is full of weapons like dynamites. Use these to achieve your ultimate goal. Remember, chaos and havoc are your key strengths in the game. And if someone wrongs you or steals your coins, you can always seek revenge! 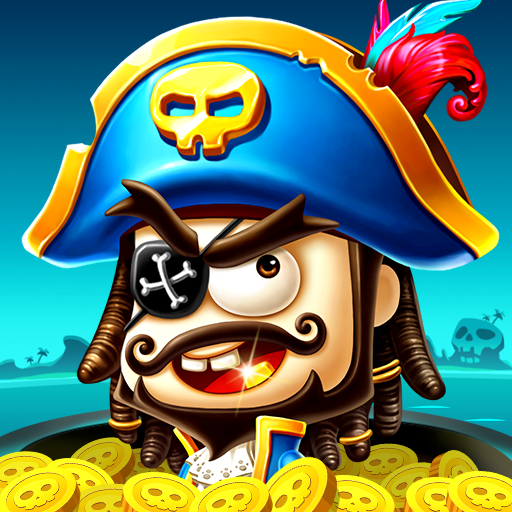 If you love fantasy, pirates, and riches, then this game will be a treat to your senses. Pirate Coin Master was developed by CookApps and published by Teen. It is one of the best games like Piggy Boom with a Play Store rating of 4.5/5 stars.

So, do you want to become the wealthiest pirate in all of the seven seas? If yes, then here is your chance at it. An exciting pirate journey that you cannot miss! Make a fleet and set your crew to sail on the ocean. Raid islands and shipwreck others to plunder and loot all their treasures.

Your aim here is to become the richest of all pirates to rise to the position of the pirate king. This is the most inviting opportunity to steer your ship and attack all other pirate ships. An easy game to master and satisfying to play. Download it now!

Rated 4.5/5 stars on the Play Store, Coin Adventure is one of the most similar games like Piggy Boom, if not better. It was developed by Greatjob Games and invites you on an adventurous looting journey.

Coin Adventure allows you to experience the thrill and fear associated with raids, loots, and attacks. You need to defeat all other thieves and lurking enemies to become the best player. Also, you can attack the lands of your friends and other players to garner a massive amount of loot.

Remember to guard your land and treasures against sneaky thieves with shields. Besides providing you with lots of lands to explore, the game also allows you to help construct them. Can’t wait to try playing this game? Well then, hurry up and download it!

Piggy Boom is undoubtedly one of the most loved coin collecting games so far. But, if you ever wanted to play some alternative games, then the above list will help you out. All the mentions in this list are very alike Piggy Boom and some are even better. Enjoy trying them out!