Living in a Thermite-free world

Now five years into its lifespan, Rainbow Six Siege is arguably more popular than it’s ever been. After an admittedly stumbling debut, Ubisoft’s intense multiplayer shooter has gone on to attract over 55 million registered players with its taut, unforgiving, and breathless tactical gameplay. Eschewing the typical run-and-gun nature of most FPS shooters, Siege rewards patience, planning, precise team synergy, and efficient use of weaponry to create fast-paced, heart-stopping action.

Rainbow Six Siege is the sixth entry in the Tom Clancy’s Rainbow Six series of strategy-based shooters that took the PC scene by storm in the 1990s. In the ensuing decades, the tactical franchise has been reinvented time and again in releases such as Rogue Spear, Rainbow Six: Vegas, and the canceled Rainbow Six: Patriots. For many, Siege represents the natural evolution of the franchise, melding everything that came before into one explosive and utterly compelling title. One of the greatest shooters of all-time? No doubt.

But Ubisoft is not the first developer to create a counter-terrorist gaming experience, nor was Red Storm Entertainment – the team behind the original 1998 release Tom Clancy’s Rainbow Six. Way back in the late ’80s, French developer Infrogames – still some years out from their industry-changing horror title Alone in the Dark – took its own shot at the high-drama, high-stakes world of siege warfare. 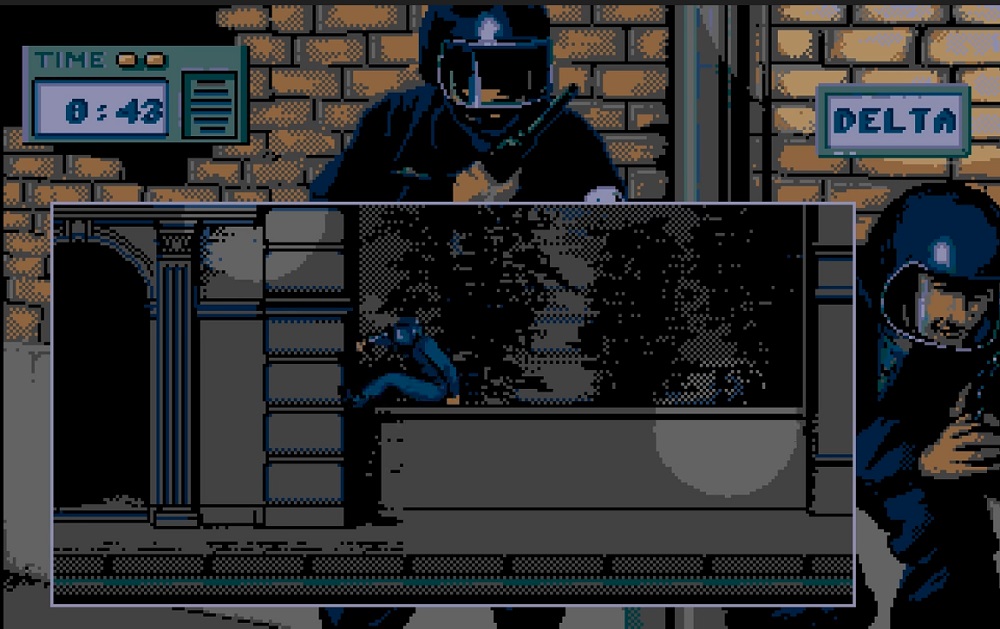 Infogrames’ Hostages released in 1988 on an array of home systems. These included the Amiga, Atari ST, Spectrum, Commodore, and even the NES (under the alternate title Rescue: The Embassy Mission). Hostages was an attempt to create an interactive version of a taut siege scenario, most notably drawing comparisons with the 1980 Iranian embassy incident – a six-day encounter that played out on live on British television, ultimately concluding with violent and effective intervention by the S.A.S.

Set in and around a suspiciously familiar embassy, seized by a nondescript terrorist group, Hostages is comprised of several unique sequences as a GIGN squad storm the building in efforts to bring the volatile situation to a close. The mission begins with the player tasked to guide a team of crack snipers to specific vantage points around the embassy, creeping through the shadows and ducking in and out of doorways to avoid roaming spotlights, before securing pivotal marksman positions in the embassy’s surrounding streets.

Once the team of sharpshooters is safely situated, the player can switch between them at any time. This offers a full view of up to three sides of the embassy, where the sniper can ping terrorists and hostages, and open fire should the situation be deemed appropriate. In the meantime, a three-man breach squad is dispatched by helicopter to the embassy’s roof. Covered by the snipers and out of sight of the roaming Tangos, the breach team must safely abseil into position and, given the order, proceed to breach the building via a healthy dropkick through the window. (Your gal Frost doesn’t feature in Hostages, so don’t sweat those pesky Welcome Mats). 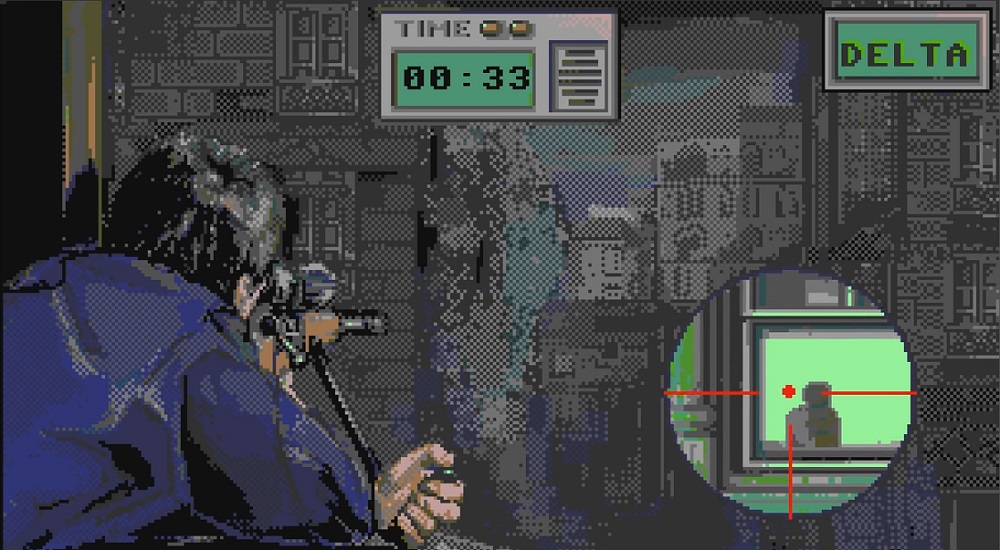 With the embassy breached and the kill-light now green, the entry team moves with speed and precision to sweep and clear each floor of the building. In this hybrid first/third-person sequence, the player uses synergy between both the entry team and the exterior snipers to engage all terrorists with deadly intent, whilst taking care not to bring harm to any of the hostages held within. There’s no flashbangs, smoke grenades, or recon drones at play here, so move fast, aim sharp, and put your man down – because he’d do the same to you.

Once the building is cleared and the situation is under control, the mission is evaluated, based on speed, accuracy, hostages rescued, and the overall safety of the team. This is reflected in a novel “newspaper report”-style closing screen, which details the player’s actions, while noting any causalities or fatalities sustained in battle. So if your trigger-happy party left both terrorists and hostages peppered with lead, prepare to be called out for it, you absolute monster. 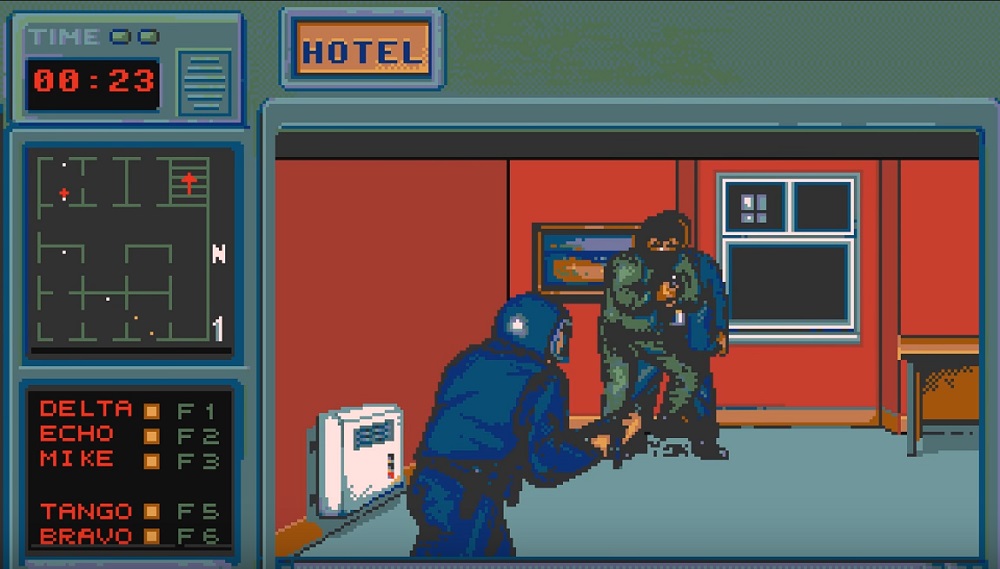 While Hostages only offers four conceptually simple sequences, back in 1988 the game’s design was unparalleled. In a market beset by platformers and shmups, Hostages‘ innovation was jaw-dropping. This blend of stealth, strategy, and action was a rare experience, whilst the large sprites, adaptive soundtrack, and varied gameplay made Infogrames’ release feel genuinely epic – like an interactive action movie. At last, we could all be Lewis Collins, and from the comfort of our sofas, no less.

Compared to the relentless rat-a-tat-tat of rail shooters such as Taito’s Operation W.O.L.F., Hostages was a genuinely innovative and game-changing release. Infogrames also went above and beyond in regards to Hostages’ 8-bit ports, with the ZX Spectrum edition not only featuring some of the best visuals ever seen on the platform, but retaining all of the stages, music, speech, and even the intro and cut-scenes of the Amiga edition – a rarity for Sir Clive’s humble home computer.

Hostages was game design on a new level, and stands today as an early example of a genre that rakes in fortunes for modern developers. While the industry often points to franchises such as Metal Gear for popularizing tactical stealth gameplay (as well it should) Infogrames’ humble home computer release deserves to included be in the same conversation. While there’s no denying that, three decades later, it may come across a little quaint to our spoiled eyes, Hostages is undoubtedly one of the most innovative and groundbreaking shooter titles ever released…

…And best of all, no-one ever Fuzed the hostage. Ever.