Fortnite Season 5 is officially underway, and Epic Games is switching up the formula yet again for how to enjoy the game. This season introduces the concept of bounty hunting to the game as you may have noticed by the obvious Mandalorian skin headlining the adverts. It’s pretty cool, really, but it’s not immediately obvious how to take up Bounties in the game or understand how they work. This guide has you covered though, and you’ll be completing Bounties and rounding up all the scum and villainy in Fortnite in no time.

To get started in your new profession, select one of the standard game modes. For now, that applies to Solos, Duos, Trios, and Squads. You won’t be able to access Bounties in Team Rumble or the any of the LTMs, so don’t waste your time looking there. Once you’re in the battle bus, you can generally select a location of your choice to drop at. You’re looking for NPCs scattered around the map and it will take some time to find them all. If you just want to get started with some Bounties as soon as possible though, you can head to Craggy Cliffs or Colossal Coliseum to find a guaranteed NPC.

Landing in the named location should be close enough to activate the icon on the on-screen mini map. Just head towards the icon and you will discover a familiar character. These NPCs are based on popular/relevant skins in the game, so you will find Reaper and Tomatohead just to name a couple. Another cool thing about some of them is that they appear in locations relevant to their theme. For instance, the fast-food mascots each appear in their respective restaurants.

Some of these characters will appear in hot zones, so be careful no to accidentally shoot them or they will turn hostile and you won’t be able to interact with them.

You want work? They’ve got work

Approach the NPC and you will be able to open up a menu that gives you a few options. One of these will allow you to accept a bounty. These tasks require you to go and hunt down enemy players on the map. The Bounty will provide the player’s name and a gold circle on the map so you know where to look. Your task is then as simple as dispatching the enemy to earn your gold bars. Of course, killing specific enemies isn’t always easy. Someone else might coincidentally do the job for you or you may be unfortunate enough to discover your target is no amateur. Therefore, Fortnite NPCs also offer Quests, which offer the same types of rewards as Bounties while being less perilous. 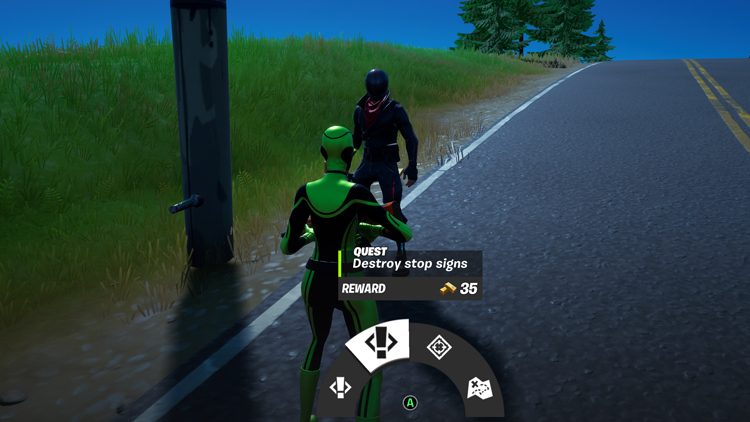 An important thing to note about these NPC-offered Quests is that they don’t offer the same rewards as the Quests you see in the game menu. The menu Quests only offer XP (so far). It’s a bit confusing that these are each called the same thing, but only NPC Quests offer gold bars.

Another cool dynamic about Bounties in Fortnite is that they offer rewards to either player involved. The hunter’s job is naturally to eliminate the target to earn the reward. However, if the hunter fails to accomplish the task in time, the target player will receive the reward instead. Another thing to keep in mind is that targets will know you’re looking for them, especially when you are close. This should become particularly interesting in team-related matches as it creates somewhat of a VIP dynamic. You can alternately just jump into a vehicle and stay on the move to avoid getting hunted down. You know what they say though. You can run, but you can’t hide.

Both the NPC Quests and Bounties pay handsomely, so you will want to start now. The rewards are gold bars, and they carry over across the season. That means you can save them up and go crazy with requisitions in certain matches or use them regularly, but sparingly. Different NPCs will offer different perks that you can purchase, so it will be important to remember who offers what and where to find them. 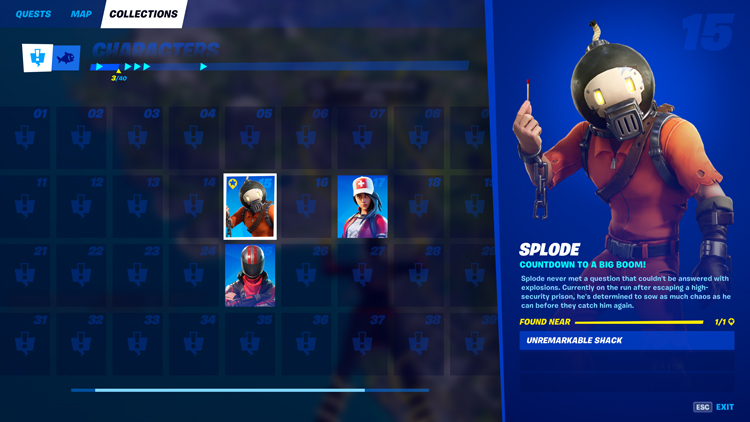 One way you can keep up with these is by pulling up the in-game map menu and toggling over to the Collections tab. There you will find a library of NPC-related info. The Collections tab indicates that there are 40 total NPCs scattered across the island in addition to potential spawn points. That means you’re not always guaranteed to find certain NPCs in the same place either, so plan accordingly.

As players stack up gold bars throughout the season, a lot will be possible. We’re sure to see exotic weapons in regular use despite the cost seemingly way to high for now. Bars will come quicker though for players who take advantage of the bounty system in Fortnite. Integrating regular visits to NPCs into your play-style will help you stay competitive in the long run, plus give you cool rewards. You definitely don’t want to neglect this feature. For more information on Bounties from Epic, stop on by the info page.

Note: There are apparently also Bounty Boards, but I’ve yet to see them on the map. I’ll update this guide once they are confirmed and the options are understood.