At Qualcomm’s 2020 Tech Summit, Motorola confirmed it was set to release a high-end Moto G powered by a chip in the Snapdragon 800-series. We’ve now got a little bit more information about the phone, which is rumoured to be known as Nio.

Initial thoughts assumed this was referring to a device powered by the Snapdragon 888, as that was what Qualcomm was using the event to launch. However, it now seems like it’ll in-fact be using the Snapdragon 865 and might already have been spotted in a recent video highlighting some of the new features Motorola is adding in its Android 11 update. 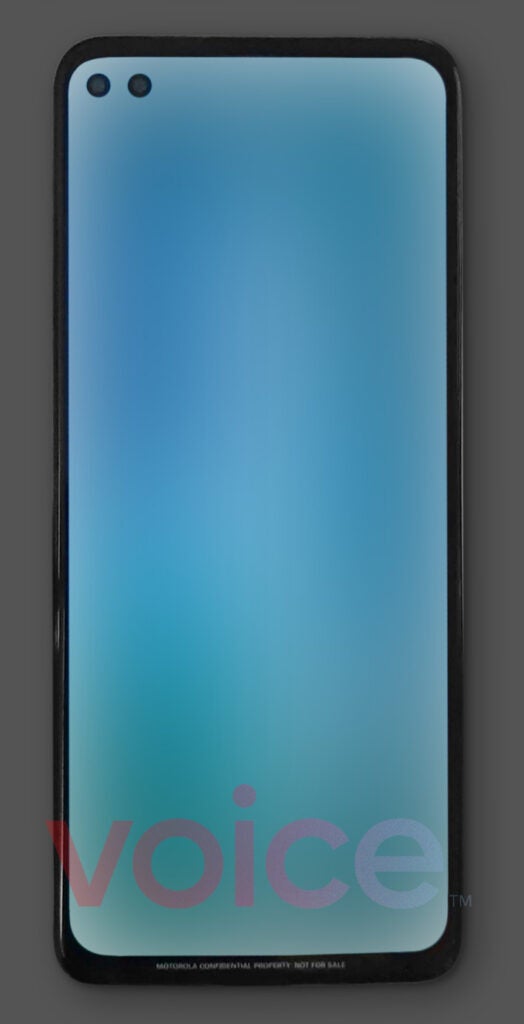 Leaker Evan Blass, via his Voice page, has now posted a few snaps on the phone which is apparently going by the name Nio. Along with the pictures, which show a very standard looking device with an edge-to-edge display and dual selfie cameras, a few other specs were teased. These include a 5000mAh battery, Android 11, USB-C, 8GB RAM and 256GB storage.

This is interesting for a number of reasons, not least because the Moto G line is typically in the ‘budget’ realm. Packing it with a Snapdragon 865 goes against this, even if it will no longer be the main one anymore. If we do end up seeing a high-end Moto G, we’d hope the price wasn’t too high.

The closest we’ve got to a true high-end Moto G is the £299 Moto G 5G Plus, which uses the Snapdragon 765. This is still an excellent device, comfortably one of the best cheap phones we’ve reviewed in 2019. You’ve got a nice 90Hz screen, decent cameras and good battery life. Plus it was one of the first devices to bring 5G into the affordable space. If this rumoured Nio was to boast the 865, it would also have 5G support.

As with any early leak, it’s worth taking it with a pinch of salt until we get official confirmation. There’s still no word on price or release date yet.