Klei Entertainment are expanding their fabulous space-colony simulation game with the first full expansion in Spaced Out, which enters Early Access on December 8. I fear for my free time, as Oxygen Not Included sucks it away so easily.

They’ve said like any normal DLC it will require the base game (it’s not a standalone) and be priced at $14.99. When it leaves Early Access, the price of Spaced Out may rise based on the growing size of it. 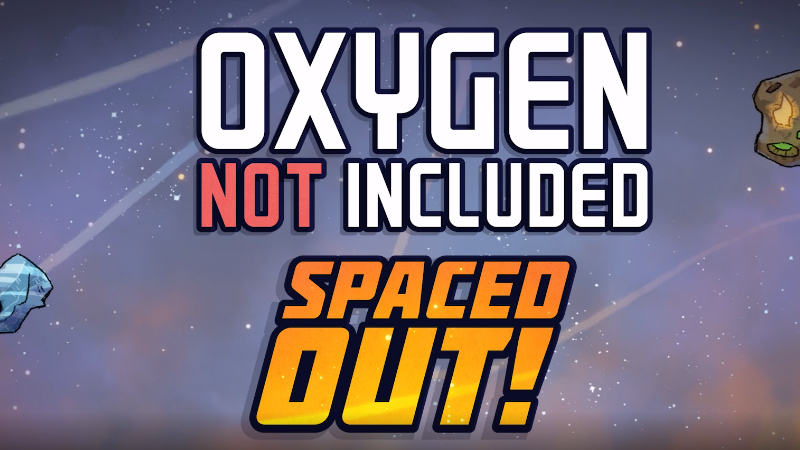 Currently the store page is not live, there’s no trailer or any shots they’ve shared but they did give an explanation of what to expect from it:

In Oxygen Not Included: Spaced Out! you’ll spearhead space missions to new and undiscovered Planetoids, transport resources between bases, and manage multiple worlds on the fly to build a megacolony that not only survives, but hopefully, thrives.

New Multi-World Gameplay
Put your colony management skills to the test by juggling the needs of Duplicants in multiple colonies simultaneously. Switch between planets in real time and secure rare resources on other worlds to supply your home base.

Expanded Rocketry
Customize new modular rockets to your liking, then explore the expanse of space with the newly overhauled Starmap. Huge expansions to the Research Tree provide new mid-game Rocketry options, giving your Duplicants an edge in the asteroid space-race.

New Critters
Get acquainted with some new fuzzy friends – if you’re nice, they might help you out around the colony!

New Resources, Biomes, Tech and More:
Tons of new biomes to explore, tech to research, and resources to mine. There’s a whole new universe out there – discover it all in Oxygen Not Included: Spaced Out!

While Klei have yet to put their own footage up on it, they have let a few YouTube Channels take an early look like Biffa Plays Strategy which you can see below:

If you missed it, they also released an update to Oxygen Not Included in late November. Along with a tech upgrade to the Unity game engine used, it also pulled in something many players had been asking for with Cloud Saves. So you can now have them synced between machines, so you can also now keep your colony going on the go if you decide to take a laptop with you somewhere. Additionally, a bunch of performance improvements and bug fixes also made itt in.

You can buy Oxygen Not Included on Steam. The Spaced Out DLC arrives December 8 in Early Access.