The craze over Fall Guys: Ultimate Knockout may have died down a little, but that does not mean the fun has to end for those faithful beans. With plans for an even greater Season 3 to come, Mediatonic seems attentive on laying the groundwork for more content that will hopefully keep the community happy and bring even more jellybeans into the mayhem. We know that the upcoming Fall Guys Season 3 expansion will be themed around winter, and fittingly, the developers are already putting their creative minds to work.

Over on Twitter, the official account of the game is running a poll to decide the name of a giant swinging bell. It sure looks at home with the winter theme, and will surely bring plenty of joy and pain to players. The current leader is Ringus Dingus, and that is certainly emblematic of the Fall Guys community.

Similar to the previous Big Yeetus, the addition of a gigantic bell will sound the alarms in players’ heads. Sure, getting a huge whack can be a good thing in some cases. However, in most circumstances, it can be the difference between qualifying and getting eliminated.

As part of Season 3 for Fall Guys, there will also be a new character added into the mix. Less a costume, and more of an addition to a level, the new Pegwin bears an uncanny resemblance to Prinny from the Disgaea franchise. It is likely that Pegwin will play some part in a new level for the next season. Whether you are keeping him safe or getting rid of him, it is nice to see a new addition rather than just more costumes for the jellybeans. 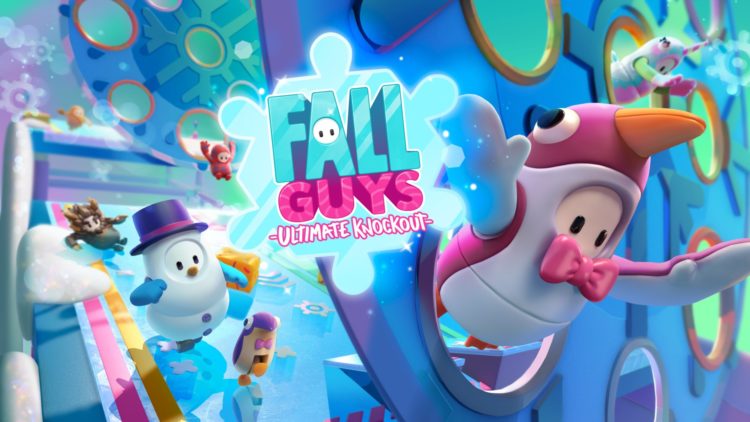 The addition of Pegwin and the festive bell is but the tip of the iceberg for Fall Guys Season 3. We have no other details regarding the new levels or additional cosmetics that will arrive. With Mediatonic set to grace The Game Awards on December 10, we can expect more news then.