To celebrate the arrival, you’ll be able to take part in a special event starting tomorrow, December 2 at 10am local time, and running through December 8 at 10pm local time.

During this time, Chespin, Fennekin, Froakie, Bunnelby, Fletchling, Litleo, and Noibat will be appearing more frequently in the wild. 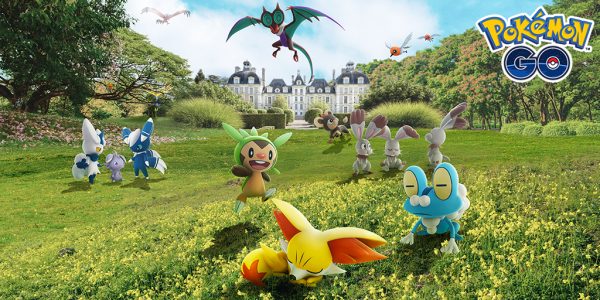 Some Pokemon will be hatching from Eggs and will continue to hatch from Eggs after the event concludes.

Litleo and Espurr will be appearing in one-star raids, and you will be able to participate in event-exclusive Field Research and Timed Research tasks. These will include encounters Bunnelby and Fletchling as well as reward Venusaur Mega Energy, Charizard Mega Energy, and Blastoise Mega Energy.

Yesterday, Go Battle League Season 6 kicked off, and will expand from 10 to 24 ranks, and the top four ranks will have all-new names and corresponding badges.

The expanded ranks also feature a new reward structure, which gives you more opportunities to earn exclusive rewards through ranking up.