Euro Truck Simulator 2 typically gets new DLC every December, and fans expected the upcoming Iberia expansion to keep the tradition going – but it looks like that’s not going to happen, as SCS Software has confirmed that the Iberia DLC will not launch until 2021. That’s in part due to COVID-19-driven changes to the studio’s workflow, but it’s also influenced by a major new feature for the game: a massive graphical overhaul.

The visual overhaul will see a new lighting model introduced to the game, which will present more realistic lighting across various times of day, during different weather effects, and at various locations. All the existing assets – from skyboxes and vegetation to buildings and vehicles – are also getting touched up to match the new lighting.

Iberia has been built from the start to match the visual overhaul, but that means it can’t launch until the new graphical features do. Update 1.40 will bring the new lighting model live for the existing content first, then Iberia will launch some time later.

The devs expect both the 1.40 update and the DLC to launch in the first quarter of 2021, though they’re not willing to commit to hard dates just yet. 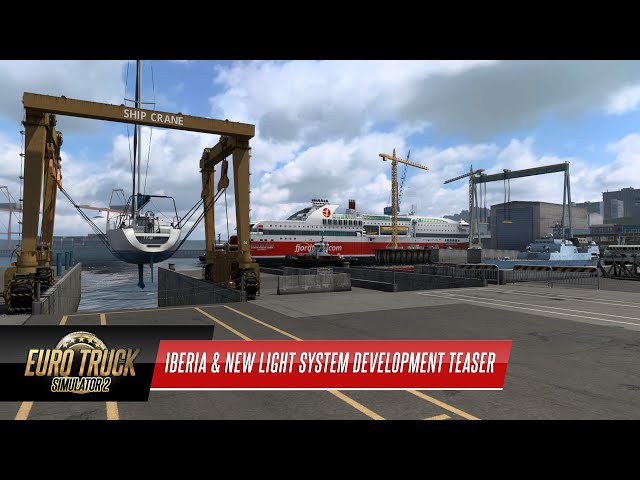 The new lighting model will be introduced to American Truck Simulator in its 1.40 update, too, so both truck games are getting some visual love.