Empire of Sin provides you with over 50 unique characters who can be hired as part of your squad. However, you can only have a maximum of 10 crew members. More often than not, they’ll get injured during firefights as well. Here’s our guide to help you keep everyone healed up.

Note: For more information, check out our Empire of Sin guides and features hub.

Empire of Sin guide: Keeping your squad healed up and in tip-top condition

The biggest problem you’ll face when it comes to healing characters in Empire of Sin was actually mentioned in our official review. The healing items you obtain from post-battle loot or from the Black Market shop will disappear after a single use. As such, the means of keeping everyone in good condition seems a bit limited.

For starters, characters will slowly regenerate their HP as long as they aren’t in combat. However, this can take a while. Plus, if someone’s downed during a battle, they can only recuperate if you use a healing item or healing skill. This actually makes the Doctor class invaluable since they can get the “Heal” ability as a tier 1 skill. With this, you can restore the HP of downed/bleeding or damaged units every couple of turns. 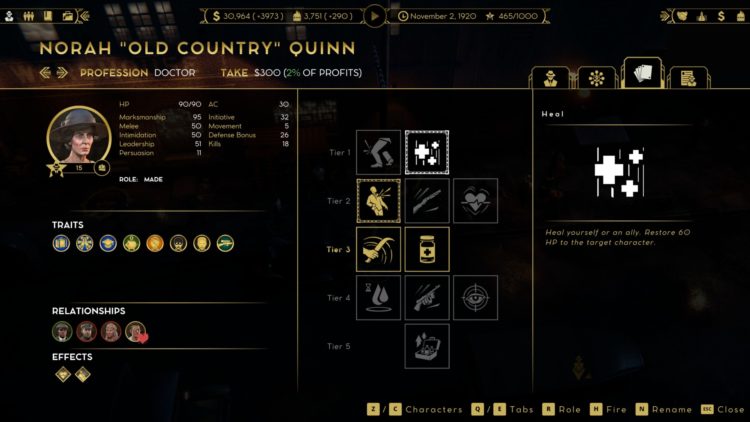 Likewise, you’ll want to check your chosen mob boss’ skill tree. As far as I know, many bosses get the “Heal” ability as a tier 3 skill, so try to level them up until you obtain it. 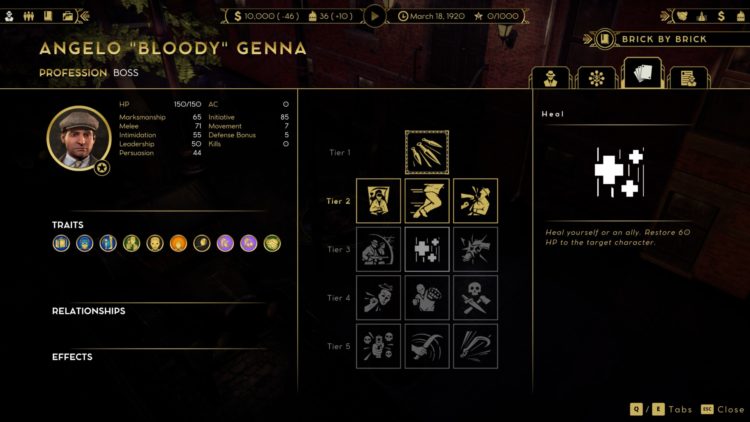 Once you do, you can abuse this outside of firefights. Simply press the CTRL key to initiate an ambush when there are no hostiles around. Assuming your boss’ initiative is high enough, your faction leader will take their turn first so you can cast the “Heal” ability immediately.

When you’re done casting this, press CTRL again to exit ambush mode. Then, press it once more to initiate a faux battle just to heal another target. You can keep doing this to get everyone in tip-top condition.

Note: Because entering ambush mode without targets presents few options (other than exiting it), you really want to have the ability unlocked so it can be repeatedly used by your chosen boss. 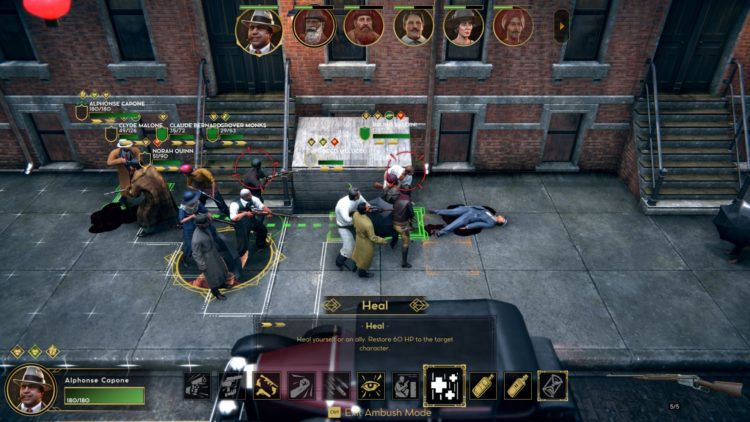 Empire of Sin is available via Steam. For more information, head over to our guides and features hub.