When you think about it, Skyrim is one of the most metal games of all time. Dragons? Check. Fire? Check. Swords? Check. There is, however, one major feature Skyrim has been missing out on for years. Beards. Yes, there are some beards in Skyrim, but they are practically nothing compared to what’s on offer in the Beards of Power mod.

Mharlek1’s mod gives your character the beard strength they’ve been crying out for since the game launched nine years ago. No longer will Assassin’s Creed Valhalla’s Eivor take the crown for most epic beard – now your Skyrim character will reign supreme. Installing the Beards of Power mod will give you access to a number of lengthy beards and moustaches, perfect for the last Dragonborn.

You’ve probably seen someone in real life with a braided beard, but have you ever seen a braided beard with tiny skulls in between? That’s what the Beards of Power mod gives you – unprecedented strength for the lower half of your character’s face. Fans of ZZ Top will love this mod as you can finally create an accurate version of Billy Gibbons.

Beards of Power is available over at Nexus Mods and works perfectly as a standalone mod. That being said, Beards of Power does work alongside Niroku’s Expressive Facial Animation mod if you wanted to give your character some extra flair. Humans, Orcs, and Elves all have access to the powerful beards, though Khajiit users may find their choices are significantly limited as a result. 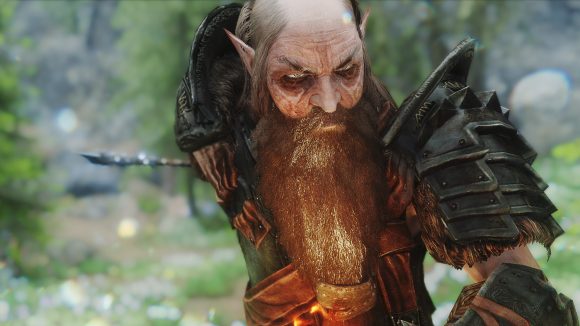 If you’re looking for even more mods, we have a list of the 100 best Skyrim mods that will keep you entertained for hours on end. Had enough Skyrim for one day? We’ve also got a list of the best dragon games on PC to keep that metal vibe chugging along.