How about another one of these? BloodRayne 2: Terminal Cut is launching alongside its older sister for more vampire shenanigans. Just like that release, this is practically the same exact game that we got on PC 15 years ago. However, that original release, much like that of its forebear, has severe compatibility issues and isn’t working very well on modern operating systems. When Ziggurat obtained the license, it decided to re-release both games so that people would be able to actually get the damn things working again. You can now buy it for about $10 USD, but the question stands: is it worth it?

Unlike its older sister, BloodRayne 2: Terminal Cut has no apparent changes compared to its initial release. Just like with the other game, if you own the initial release of this game on Steam, you now own this one too. FMVs are higher quality and we’ve got another instance of Xinput, so the controller support is great. But this is merely a functional version of the original game. The green zombies in the first game’s Terminal Cut are even weirder when looking at the lack of censorship here. You’ll cut apart a large amount of non-Nazi normal human beings, but whatever. No censorship is obviously preferable in any case.

Although it was originally released just two years after its predecessor, this is a substantially different game. If you’ve never played it, the combat and game systems are completely new and totally different. It’s mostly a gigantic improvement. Gone are the endless clicks of the first game’s barebones combat. Here, everything is in-depth. You can lock onto individual foes and block their attacks. Rayne’s hook is back too, although it functions very differently. In the first game, she just used it to drag foes to her for easier feeding. Here it’s purely offensive and can instantly dispatch foes via environmental hazards. For instance, an early-game section endlessly pipes enemies into a room until you throw enough of them into the fireplace and break it. 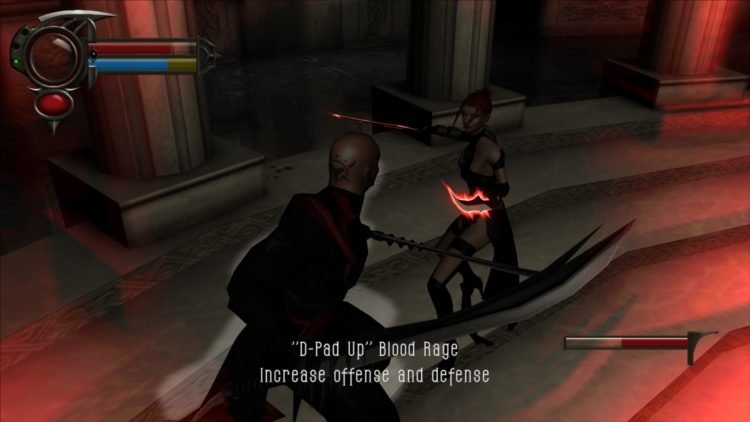 Has it held up?

BloodRayne 2: Terminal Cut is still plenty dated, though, even if it has significantly more mechanical depth than its predecessor. It’s harder to feed on enemies a lot of the time, as a great many of them can now hold melee items and throw you off of them. The combat is mostly responsive, but fighting multiple enemies at once is much more of a clunkfest than it should be. The game has regular checkpoints, but sometimes they’re not placed all that well. Subsequently, you can end up replaying some obnoxious sections again and again while trying to figure out how to not get beaten to death.

Rayne keeps most of her abilities from the first game, including Time Dilation and Blood Rage, although she can’t use the former indefinitely anymore. Visually, BloodRayne 2: Terminal Cut still looks good. It could have easily fit in with most first-gen games on the Xbox 360 and PS3. The sound is kind of weird though. Some sounds are much, much louder than other ones, which can create a rather unpleasant experience.

Overall, BloodRayne 2: Terminal Cut is probably the better game of the two, but I do find it less enjoyable than the first one. There’s just something about that game that scratches the ole vampire itch better. That, and I liked the objective focus over the more beat-em-up and platforming nature of this one. But it’s still very much worth playing. Both games are affordable and easy to run, so anyone who’s been wanting to check them out would be well-served in doing so. 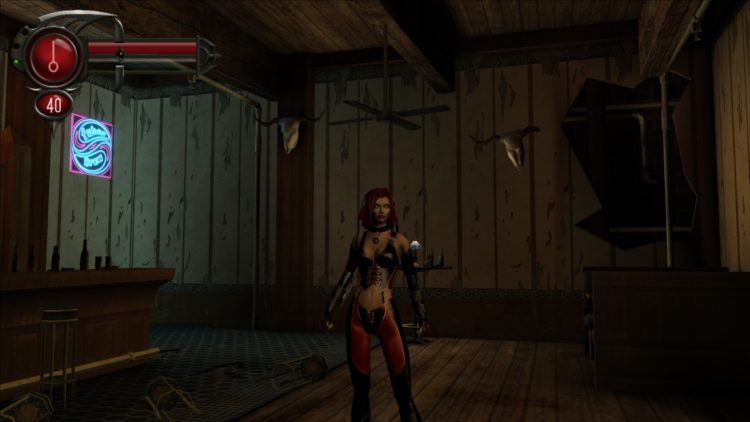