Given that I upgraded from a iPhone 11 Pro Max to the 12 Pro Max purely for photography, I was excited as hell to download the latest developer beta and give the ProRAW photo capabilities of the iPhone 12 a run for it’s money.

So far the phone has been fantastic, with the bigger sensor helping me out in dark environments taking pics of my dog with a great deal more detail and a lot lower shutter time (it’s impossible to make a corgi sit still!). But, for the most part I haven’t seen too much of a difference between the iPhone 11 and 12.

With the new Beta on hand, and ProRAW set up and ready to go, I decided to go to a cliff near my place, and see the differences between the two formats, and how good Apple’s ProRAW implementation really is.

Bear in mind ProRAW isn’t instantly going to make your pictures any better from the offset. RAW pictures capture a lot more data, allowing you to edit the picture with less artifact’s from compression algorithms like JPEG.

As such, this is a test to see how your typical images may look should you wish to spend a little more time on them in post-processing rather than snapping and going like you usually would on an iPhone.

I chose three photos from the walk, and will include one portrait pic that is not RAW, but one which I was thoroughly impressed with considering it’s surprising quality compared to my A6300 at home. Each photo will look at Apples dynamic range, and the differences between their normal Smart HDR and RAW quality.

Each ProRAW pic was edited in isolation, without looking at the original picture at all, with all pics being editing purely on what I felt looked best. As you’ll see below, all ProRAW pics before editing are dark, but in that photo they contain a lot of data to play with, which I have tried my best to edit to what I remembered seeing at that time.

Pic 1: Sun behind trees in the forest (ultra-wide lens) 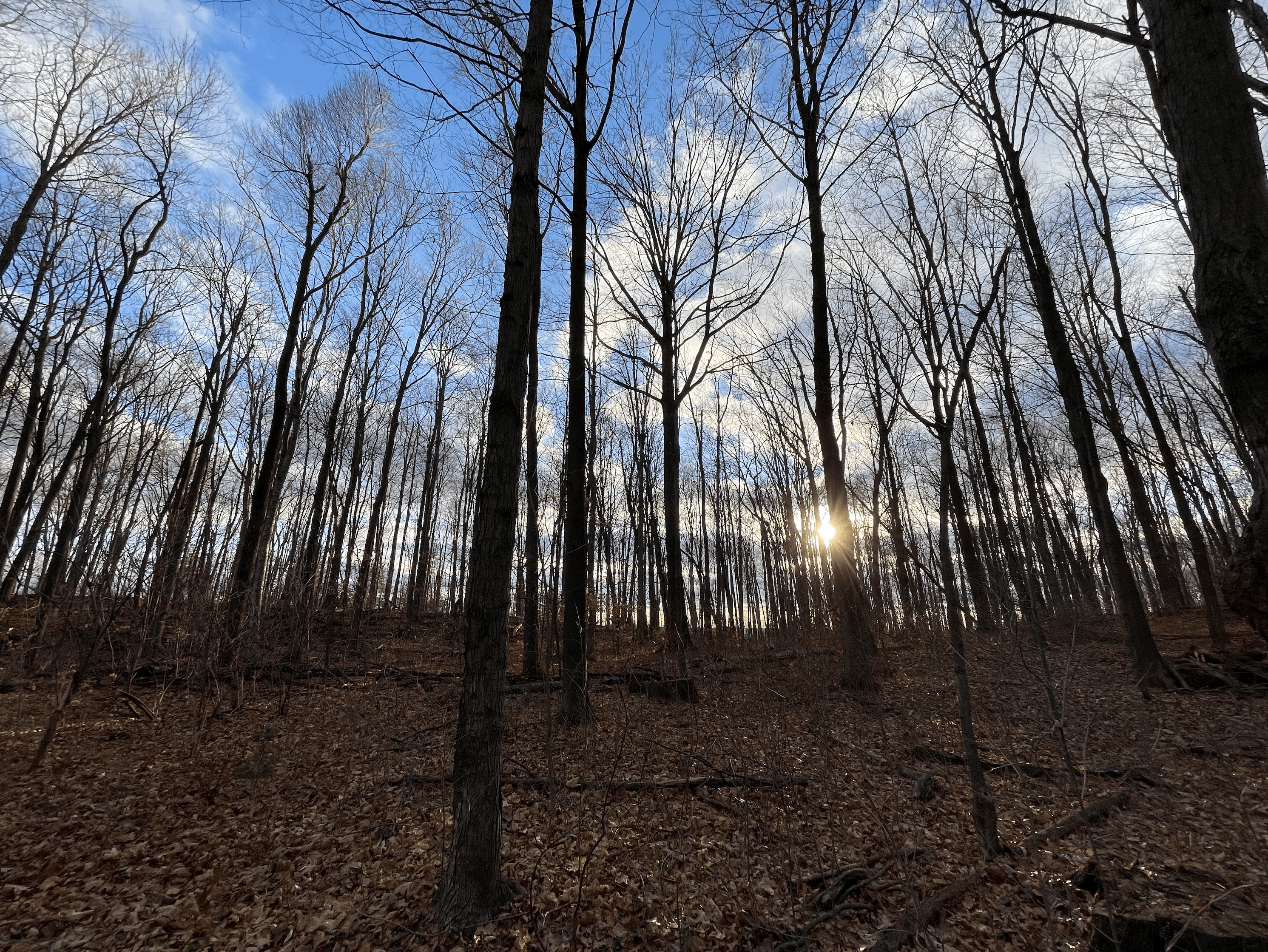 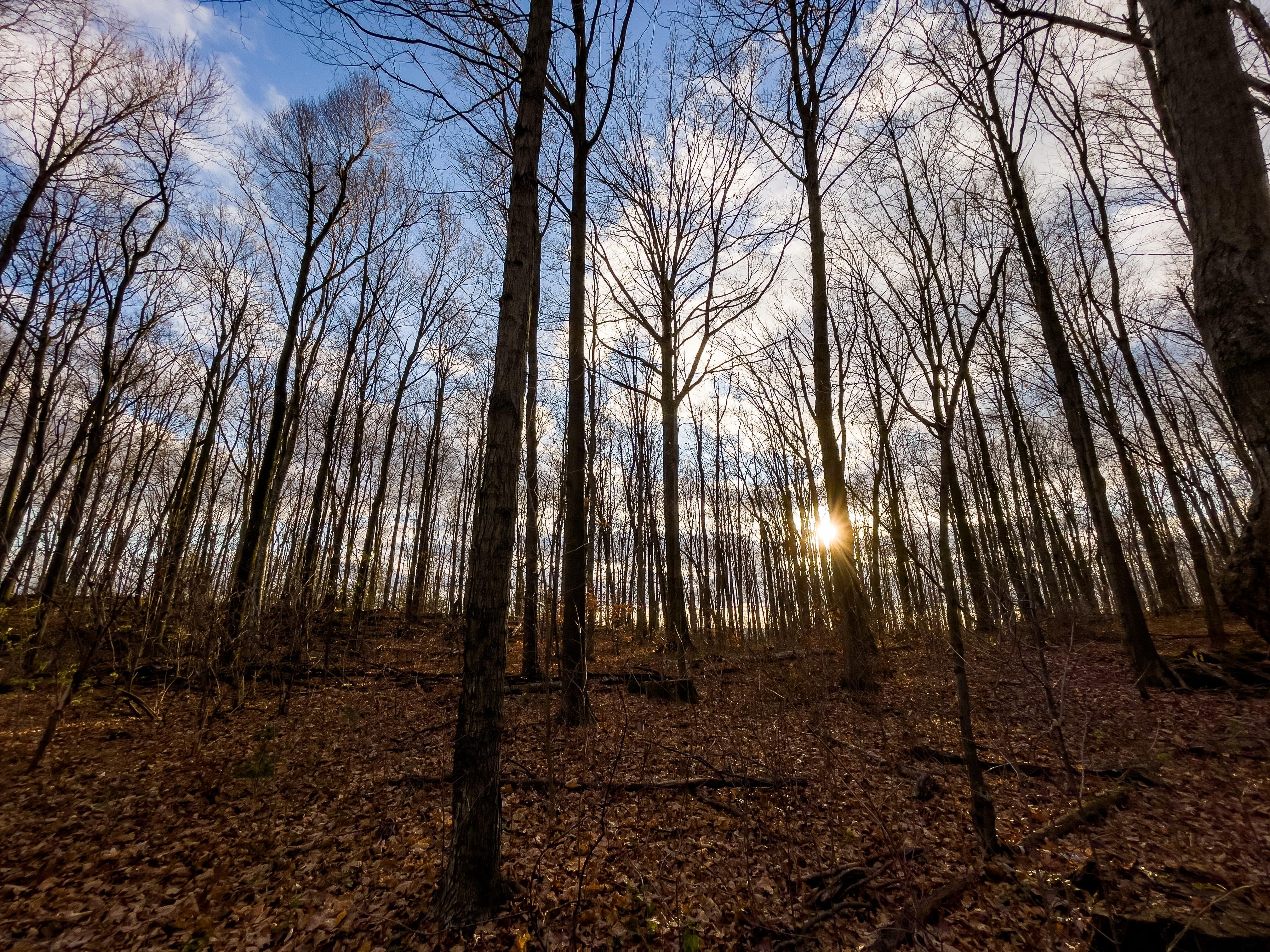 So here, there’s not too much difference between the two pics. Apart from the added flexibility that the ProRAW format allowed me in regards to changing the white balance and a few hues, most aspects of this picture is the same. I wanted a tiny bit more “drama” in the pic, so I upped the texture and clarity, resulting in a slightly darker take, but otherwise, apart from the extra contrast and different white balance, the two pics almost look identical.

Should I have made these edits to the original pic (not ProRAW) I expect there’d be some pixelation, but as a whole the original Smart HDR really holds up well. 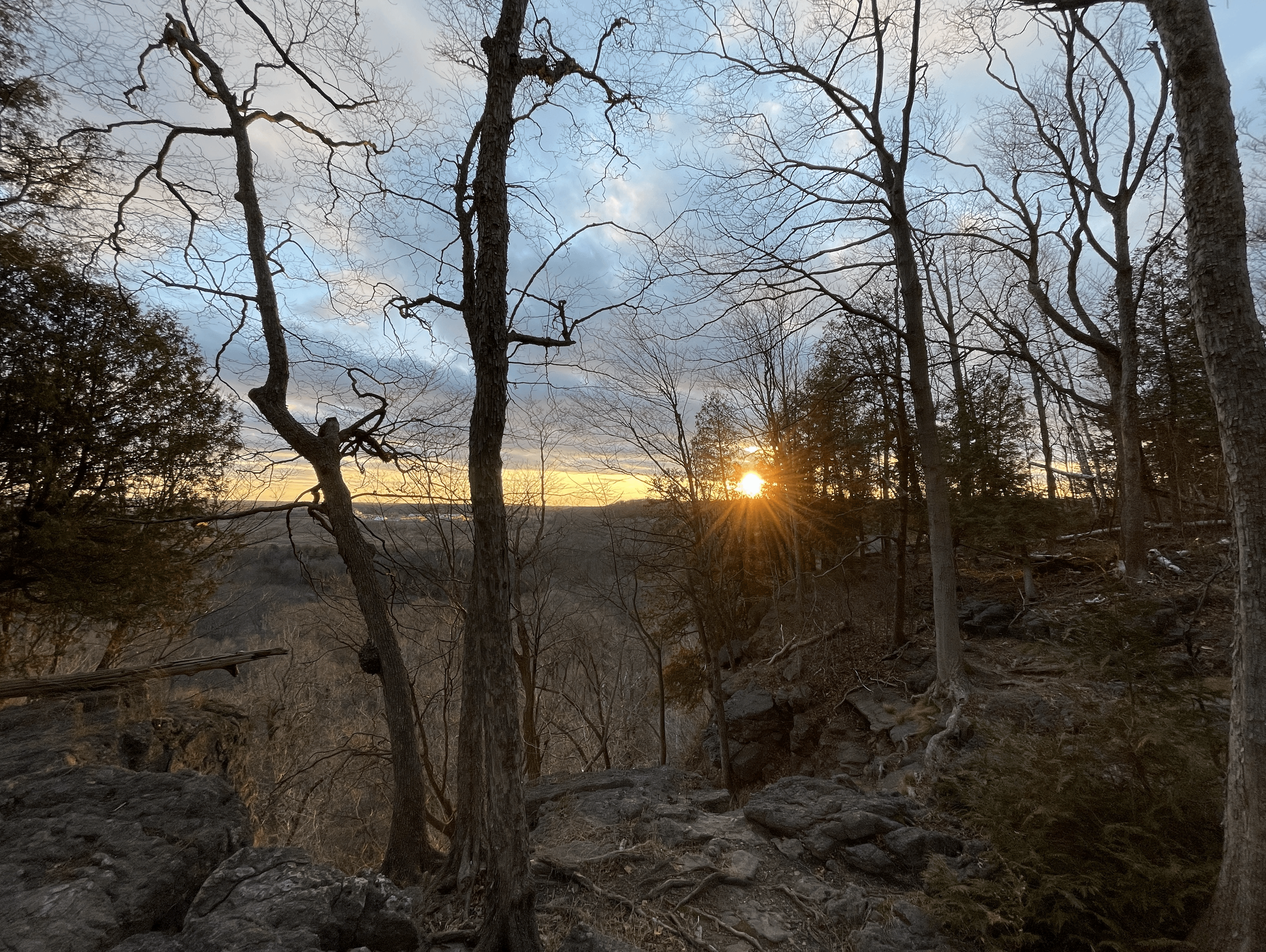 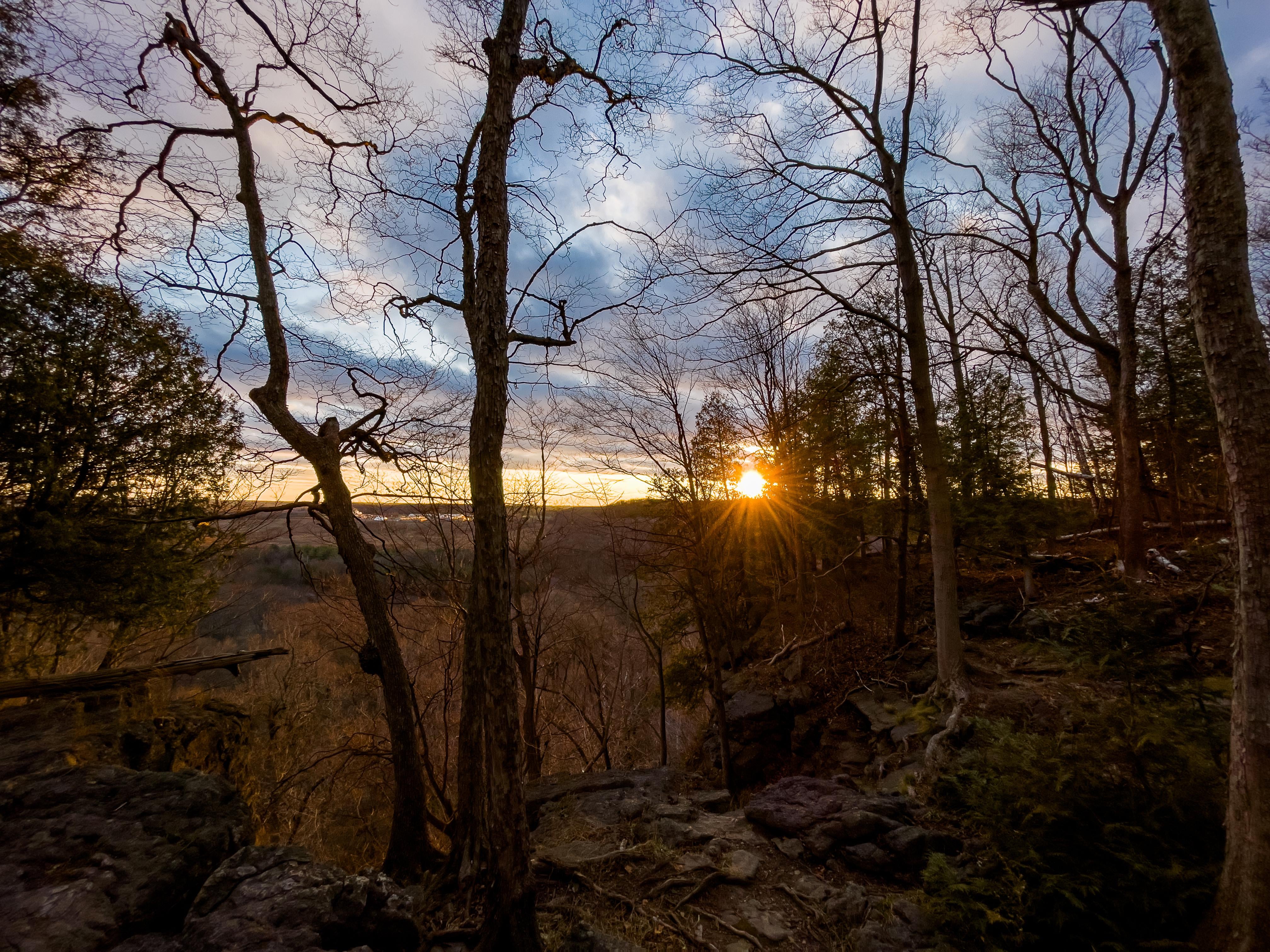 Once again, the biggest thing you’re going to notice here is the “Drama” from the sunset. The Smart HDR is a fantastic photo, but whilst it’s accurate, it’s also pretty flat, and doesn’t capture the imagination of what it was like to be walking along that cliff.

Take, for example, the trees in the foreground – whilst I could see them clear as day, when taking a pic like this I want the viewer to “feel” what it’s like to see the sunset over the hill in the distance, something the warmer tone and less brightness on the shadows helps to portray to the viewer.

Overall, the Smart HDR pic is fantastic, and is a great starting point, but the RAW has so much data and flexibility, which really allows you to bring out the photo’s true potential. 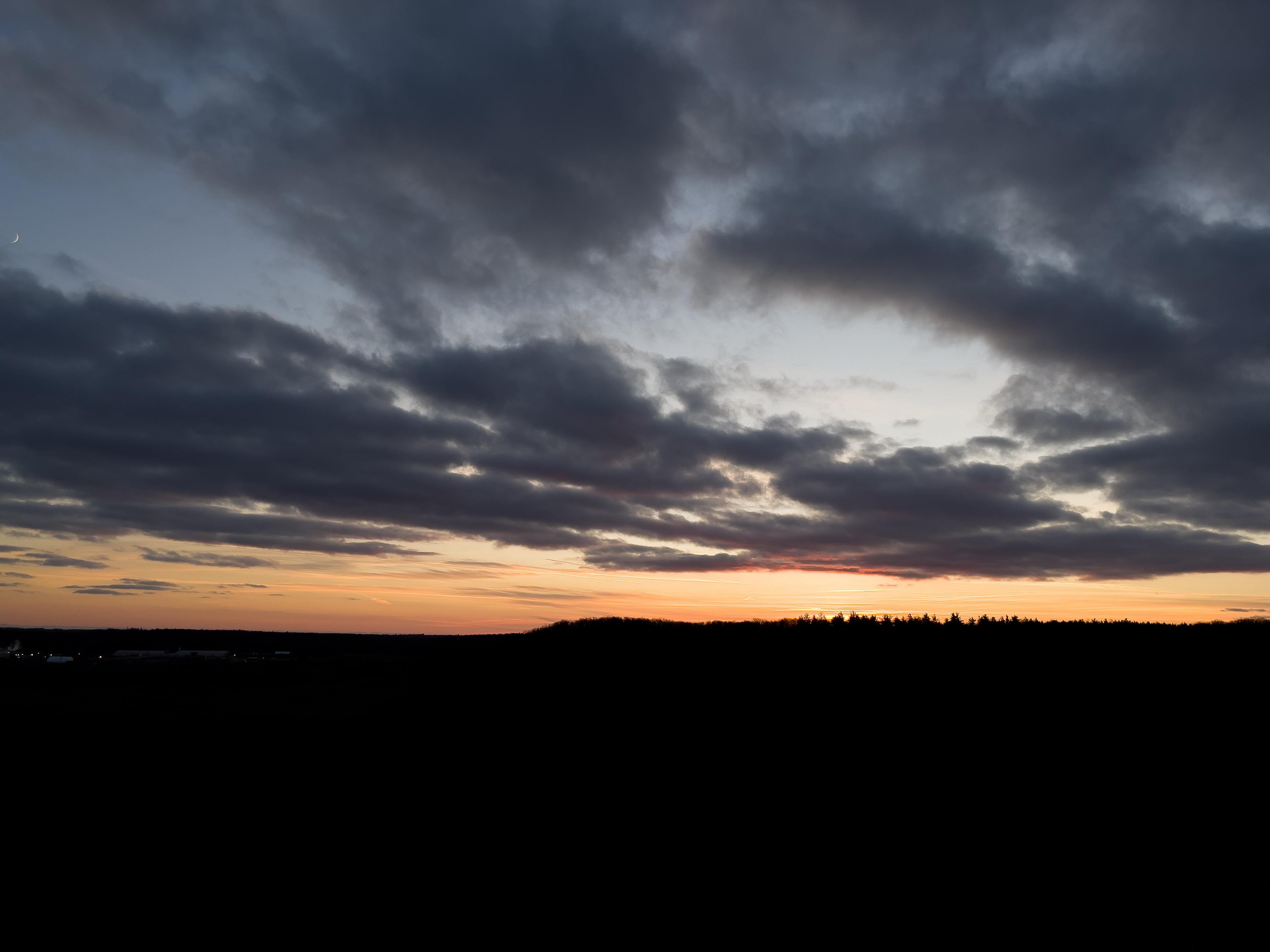 And here’s the final comparison of the pics. The Smart HDR in this pic is definitely more accurate to what we were seeing on the day – there was more pink in the sky than orange, but the original pic misses that punch that most people want to see in a sunset, with the dark countryside but bright colourful sky.

The clouds were also so much more vibrant than the original SmartHDR lets on, with it turning out flat when compared to the ProRAW version. From what I recall on the day, the sunset was actually somewhere between the two, with the sky having more pinkness in it, whilst having more depth and tone in the clouds.

The fact I took this with ProRAW and was able to bring out that depth, without massive artifacts, is a testament to how far the ProRAW format can be pushed.

As I said before, I couldn’t get over how good the portrait mode has gotten over the last few years and this is what blew me away: 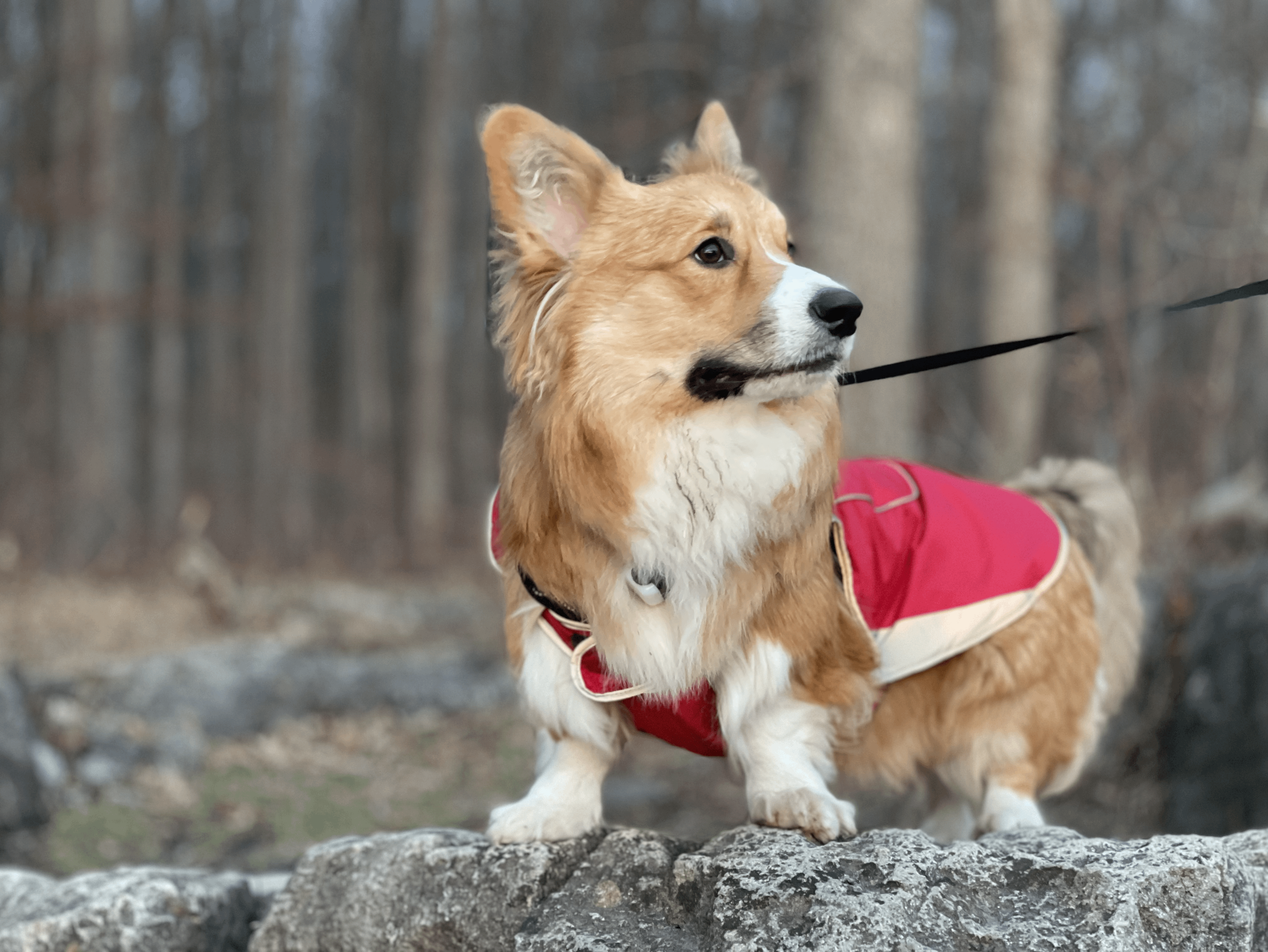 The bokeh, in dim lighting due to the sunset, and with the 2.5x telephoto lens, really blew me away. The fact that my dog’s body gets blurrier the further back you look (sharp at face, blurrier towards tail) is astounding, and whilst the glitches are still there (the lead seems to have become slightly bokeh’d half way up), I’m sure many would be forgiven for thinking this was taken with my A6300.

In addition, the stabilisation of the primary wide-angle sensor on the Max is breathtaking. Just take a look at this handheld footage of the sunset, with no editing at all:

(P.s. if you wanna watch this video in its gorgeous HDR version on a compatible iPhone, download it using the following link: https://1drv.ms/u/s!AiMWQ4iobAKmgZQPq8unUjteSyLJOw?e=Fn5Jpn)

As can probably be seen above, whilst some of the ProRAW pics may look (subjectively) better, the pics that come straight out of the iPhone using SmartHDR are genuinely fantastic, and really do make anyone a true photographer capable of creating stunning pics.

ProRAW will be a fantastic addition to any photographers toolset, and the fact Apple’s processing still occurs in addition to all the extra data you get to play with is genuinely fantastic, but for vast majority of the time you’ll just want to shoot normal SmartHDR pics. I wouldn’t, in my case, say the extra half an hour to an hour of sorting through and editing the best pics was really worth it, considering how little difference there is between the iPhone Smart HDR and ProRAW pics.

This value judgement is, of course, going to be dependent on the situation – for most users, ProRAW will likely never be used, or only used in extremely specific circumstances (e.g. a very special occasion they want to remember for life), but as a whole it’s a great little feature for budding photographers and professionals alike.

Going forwards, I’ll likely leave ProRAW off for the most part, only using it should I see some truly fantastic things that I want to spend the extra time and effort on. The sunset pic is a great example of those times I’d want to use it, otherwise for general day to day usage, SmartHDR reigns supreme.

Edit: Had to edit as some of the original smartHDR pics weren’t uploading correctly (likely due to iOS beta doing something different with .jpegs) So reuploaded.

Pics can be found on imgur is that’s easier for you: https://imgur.com/gallery/6hVjQan