Promoted from our Community Blogs

[There’s no other Nintendo series quite like Pikmin, and this blog from Sam van der Meer illustrates that point well with an admittedly very late-game example plucked from Pikmin 3. It’s our hope that Pikmin 3 Deluxe – a seven-year-later Switch remaster of the Wii U original – can help rekindle the elusive-as-ever Pikmin 4. Other underappreciated Nintendo series were able to reach wild new heights on Switch, and Pikmin should be next in line. It’s finally time, Miyamoto. -Jordan]

Pikmin is very near and very dear to me. It was, basically, the first video game I remember getting, saddled with my Christmas Day GameCube (whose delivery was in itself a theatrical, magical, holly jolly charade pulled by my parents and our former tenants in the house). It’s a real dollop of molasses-grade nostalgia for me, and venturing forth into Pikmin 3 Deluxe, I was maybe slightly concerned that my memories of the series were what sustained its lofty prestige in my mind. I’d played about two-thirds, three-quarters of Pikmin 3 back on Wii U, but never beat the thing, and outside of my very recent Hey! Pikmin tribunal, I hadn’t played the series since.

Pikmin 3 is a masterpiece. The ways in which Nintendo prompts the player to multitask, controlling three Koppaite explorers with a particularly-relatable obsession and passion for fruit, are incredibly interesting and thoughtful, and absolutely satisfying; directing one troupe of pikmin to build a bridge and sending another to move in the direction of a sweet treat while you focus on battling some Garden of Earthly Delights-lookin’ monstrosity is an exercise in time management prompted by Pikmin 3’s ever-ticking clock. 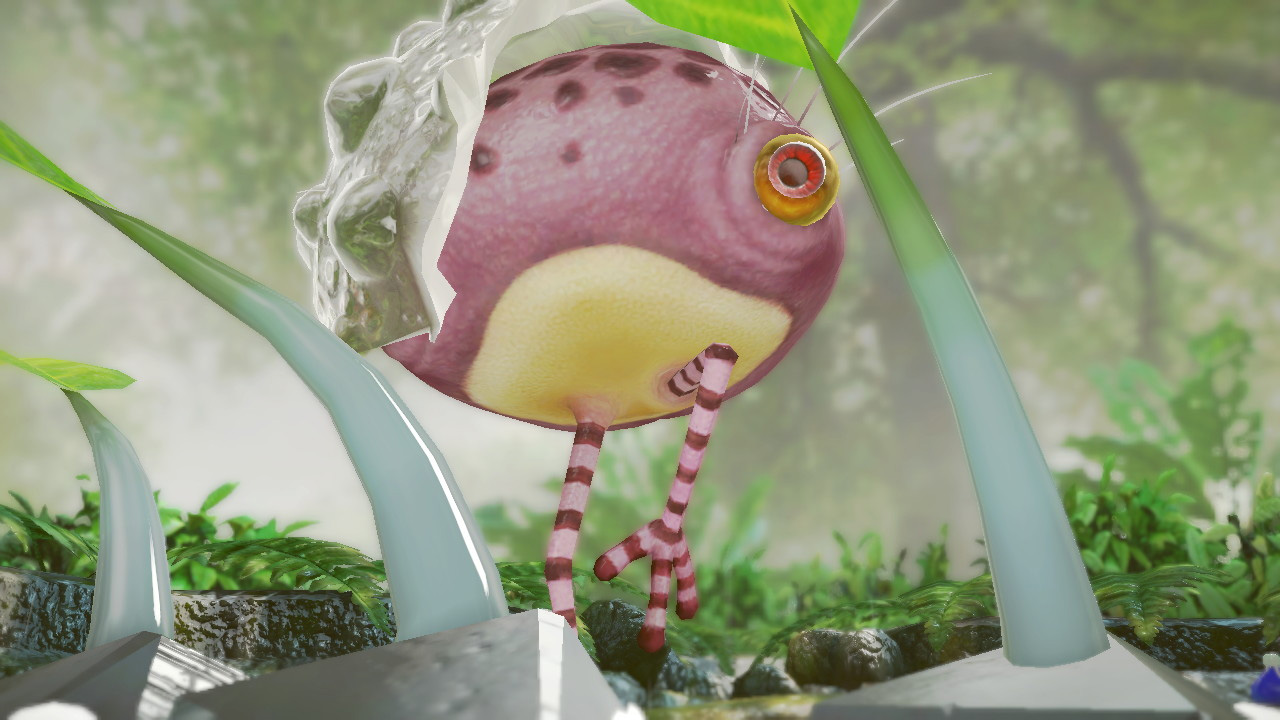 The strengths of the franchise, multitasking, time-management, and clever use of the titular mobs are combined time and time again in Pikmin 3’s level design, and are front and center used to test the player’s mettle in the game’s final encounter. The Plasm Wraith. 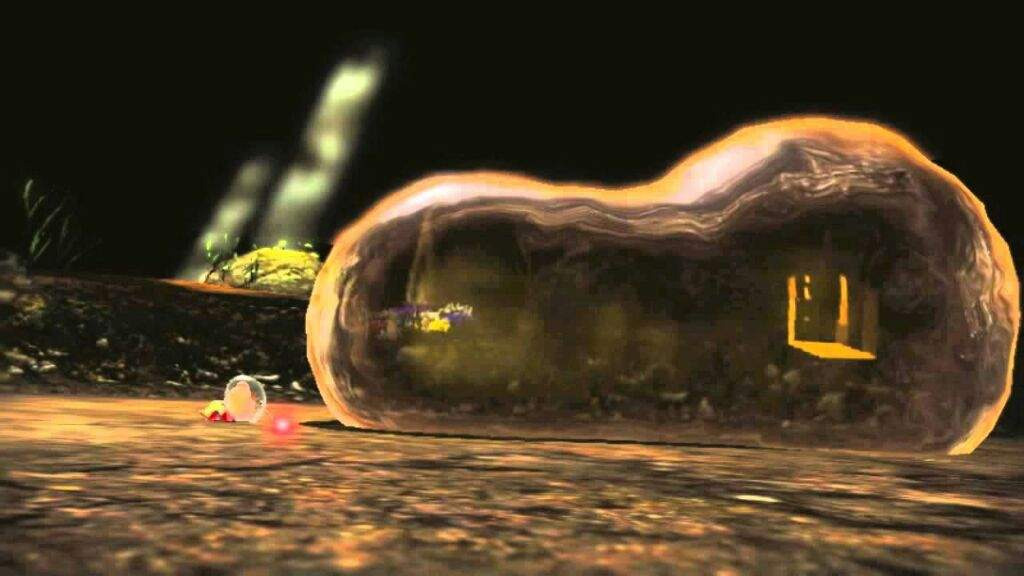 At this point our protagonists have found Pikmin OG Captain Olimar—keeper of a crucial MacGuffin needed to blast off homeward—in the clutches of an oozing, shiny, totally effin’ remorseless consumer of flesh beast.

(Quick aside, when doin’ some Googlin’ for this I saw that there’s all sorts of spooky lore implications of the Wraith, which I find kind of hilarious but also amazing because Nintendo, even at its most seemingly-innocuous, is crafting worlds with the full vision of brilliant artists. Please god give me a Pikmin 4.)

Basically, the final boss of Pikmin 3, adhering to the fragmentation of the gameplay into timed days, demands that you carry the unconscious-Olimar to your ship, navigating the internal labyrinth of a gnarled oak stump, while fleeing the Blob-like (Steve McQueen, not X-Men) Wraith.

So, first, the introduction of the “save Olimar” mechanic adds a layer for the player to wrap their noggin around; Brittany, the fairest of the three Koppaites, is designated the “lead,” meaning that the pikmin carrying Olimar will follow her… which means she’s the line carrying the bait that invokes the wrath of the Wraith. So with one of your three explorers now expressly targeted by the big bad, a new layer of strategy is folded in; use Brittany and her Olimar-saddled pikmin as a distraction, luring the Wraith while you work to clear your path with the other two explorers? Control Brittany’s bunch to pull the Wraith in a particular direction, away from the rest of the party as they build a bridge or smash a wall? 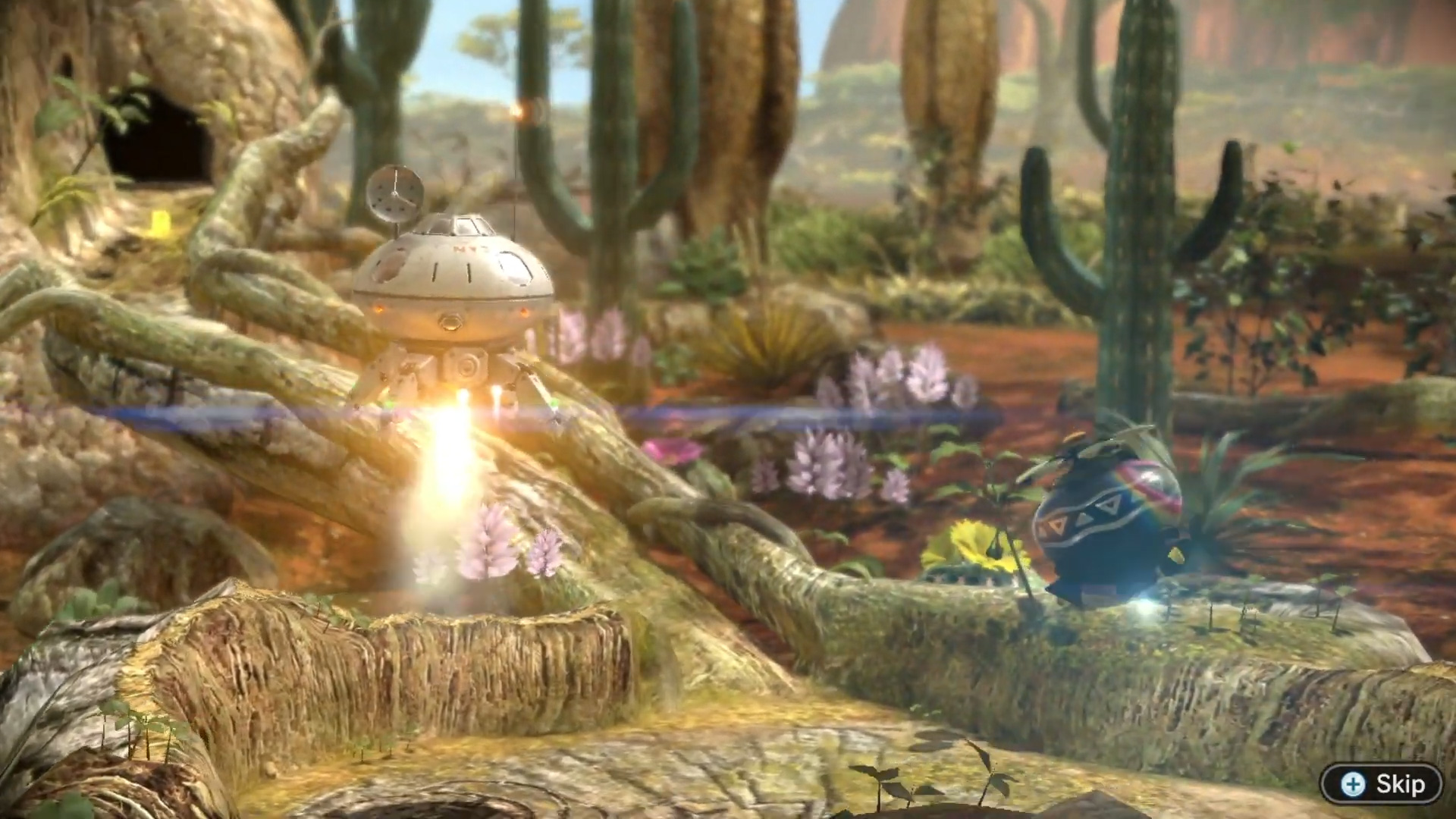 Which is also to say, the labyrinth of Pikmin 3’s Formidable Oak is a gauntlet meant to test the abilities of pretty much all of your pikmin varieties. Crystals need the heft of rock pikmin to shatter, while the occasional elemental enemy will demand their respectively-colored little trooper to dispatch. Keep in mind, you’re strategizing an efficient and minimally-damaging run here, doing so while keeping an eye on the ceaseless Wraith as it oozes towards Olimar. Pikmin 3’s final encounter takes the multitasking you’ve been doing all along and makes things even deadlier, the ticking clock accentuated by the encroaching cosmic horror that craves Olimar for its… weird, indecipherable schemes.

(Another aside: There is a Correct way to play a Pikmin game, and that is absolutely trying to minimize the losses of your little cadets. I played Pikmin 3’s finale over the course of three or so days, trying time and time again to triumph with… minimal losses. Mine wasn’t a no-death run, but my point in this too-long aside is that Pikmin should be played with the idea that you’ll restart days should you accrue a high body count. It’s just the moral thing to do, and the challenge imbued by compassion for your pikmin is a part of what makes the games so good.)

The first part of the Plasm Wraith encounter shows how Nintendo realizes the strength of the Pikmin games isn’t necessarily their combat, which, if you’re efficient, should mostly boil down to well-placed insta-kills or quick swarms of pikmin. Outside of the game’s actual boss fights, that is. The Plasm Wraith encounter is like a timed, deadly obstacle course, and makes the core loops of what makes Pikmin… bossier.

It’s the sort of game design and philosophy that sort of takes me a step back and just marvel at the imagination. Splatoon is one of the most brilliant games of the past decade, I think, because of the way it reprioritizes the primary object (KILL) of competitive shooters to instead focus on territory control, and the mechanics used to achieve that. The simplification of objective in the open world game, distilled in Breath of the Wild to the single task of eliminating Ganon; absolutely anything else you do in that game’s vast wilderness is an exercise in true player freedom, making the world… open. There’s a reason Nintendo is heralded by its legions, after all, and Pikmin 3 makes a case just as strong as some of its more-widely acknowledged triumphs. 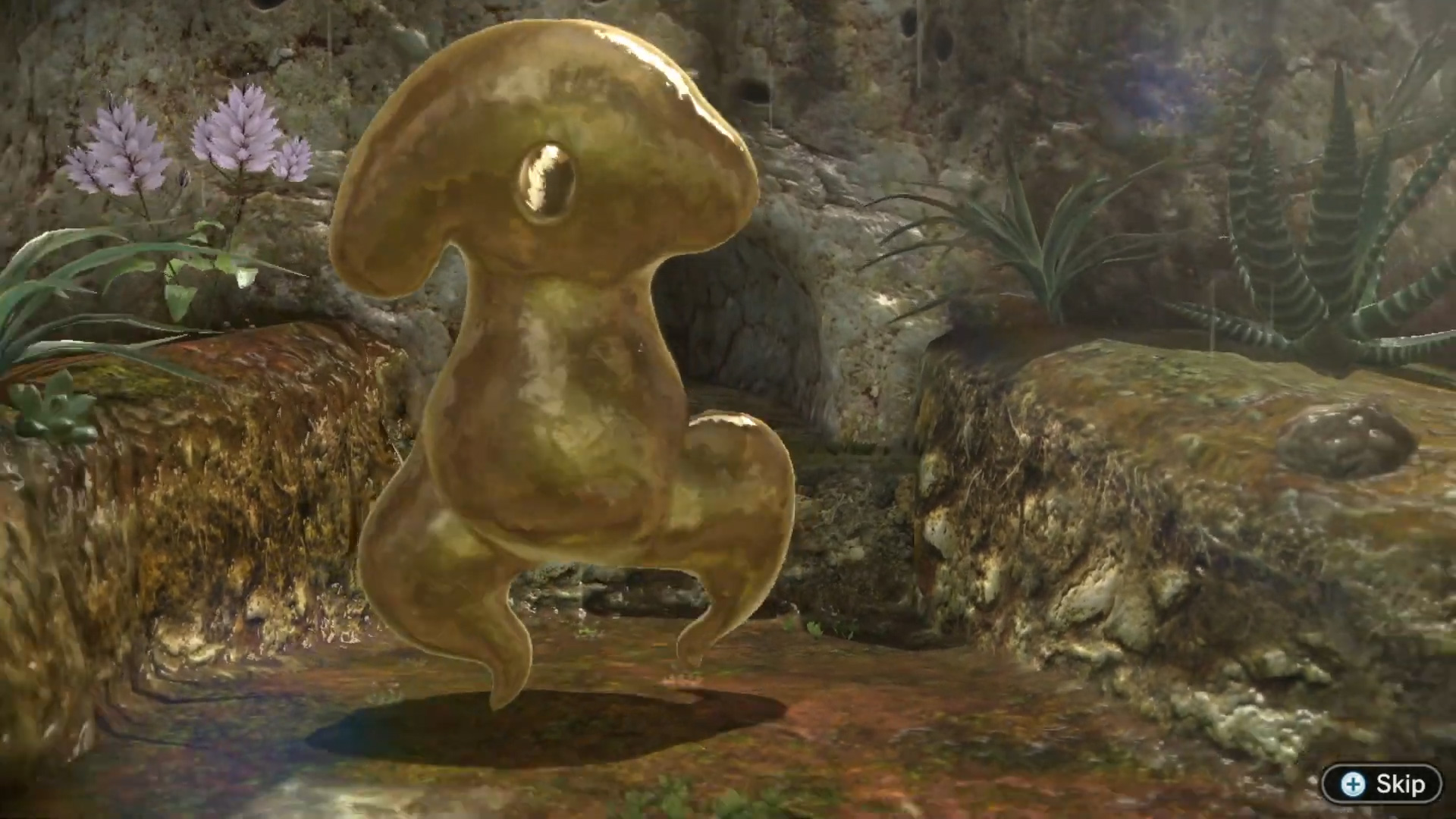 Returning to our golden goose Plasm Wraith, once Olimar’s been collected from the murk of the maze, the Wraith morphs from blobby ooze to a bipedal, murderous walker. The Metal Gear of Pikmin enemies, if you will. Being a more-or-less straight combat encounter, here things are slightly less innovative or brilliant in design, though nonetheless test your pikmin-hurling mettle.

The Wraith can only be damaged in chunks, with pools of its golden goo puddling as it spits and stabs at you. Launch your forces at the separated puddles to eventually trim the fat on the Wraith, and send it packing. The encounter features attacks that have effective counters for each pikmin type (except, specifically, the winged ones, which are a great addition; I do still miss my purple and white ones though…), but it’s pretty nonchalant compared to the desperate dash you just faced escaping the Oak.

I’m beginning to feel a teensy bit skeptical regarding the fate of the alleged fourth Pikmin (we don’t really need to talk about or acknowledge Hey! Pikmin beyond the fact that it is significantly better than Chibi-Robo! Zip Lash and, probably, Metroid Prime: Federation Force). With the series a beloved creation of our man Shigeru Miyamoto, no doubt there’s an extra dusting of Nintendo-sanctioned elbow grease and a keener eye for detail being applied to any future Pikmin titles (except, with the existence of Hey! Pikmin maybe that’s not true at all…), but the good-but-not-excellent sales of Pikmin 3 Deluxe might further impede a proper new outing for our favorite mini-murder simulator.

In a few words, I have some personal thoughts and desires for a fourth game:

First and foremost, keep things weird. Pikmin 3 has a strong rogues’ gallery of creatures to disassemble and churn into usable pikmin, but, like, remember this thing from Pikmin 2? 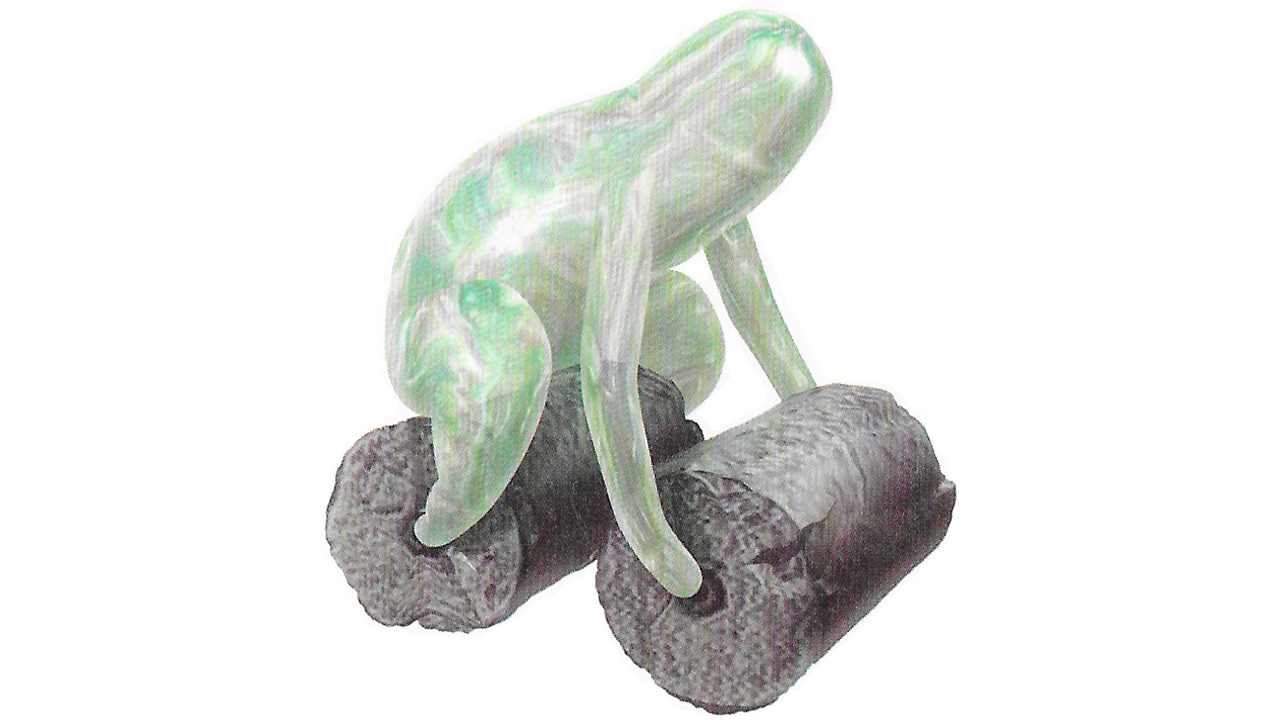 Jesus Christ, what even is that? 3 introduced a slew of great new bosses, but it somehow feels less alien and dangerous, overall, than its predecessor. This in part due to the expanded dialogue and character roster, it seems, which avoids becoming too cutesy or childish while still being fun and accessible.

The three-character dynamic of Pikmin 3 is also absolutely phenomenal, and I’d hope returns in any future games; the multiple player characters allows for the maps to really open up and dare the player to juggle tasks, exacerbating the fun of Pikmin. I wonder if it would be worth exploring making the player characters a bit more efficient or interesting for a sequel; you’re limited to essentially fling pikmin, which should always be the core of the games, but what if there were tools you could use? Send one of your characters equipped with, I don’t know, a space jackhammer to clear a path, or some light arms to deal with minor enemies. I see a profitable Remington crossover if Nintendo is willing to play ball.

But until a Pikmin 4 materializes (or doesn’t…) we’ve got Pikmin 3 Deluxe to pore over. I finished my playthrough about a week ago and am already sort of itching to jump back in, this time with (fewer) casualties, and an eye for anything I might have missed. Because Pikmin 3 is sublime and worth our respect. Do it for Miyamoto and his garden. ONE OF US WAS FRONT-PAGED! HOW THIS WORKS:

This story was submitted via our Community Blogs,
and ultimately made it to the home page! Anybody can get on the homepage of Dtoid when you piss excellence. Want in? Write a longform blog with photos and senpai may notice you (our community committee picks the promos). It happens all the time: read more promoted stories