It’s often been said that “every ending is just a new beginning.” Nothing embodies this more than the upcoming strategy rogue-lite, Atlas Rogues. What originally started life as a prototype from early on in the development of the now-departed Atlas Reactor has been reborn as its own standalone product. After shifting the game’s focus towards the singleplayer experience, this turn-based strategy game is hoping to take aspects of the original title’s DNA, mix in a collection of other disparate elements, and make something entirely new. While this sounds intriguing, the question remains: Are these changes enough to justify rolling the dice, while it’s still in early access?

I love turn-based strategy games, pure and simple. All it takes is a grid overlay, a few combatants, and the chance to deliberate way too much, and I am 100% on board. There’s just something about the genre, that once it gets it hooks into me, it can devour far too many hours of my life. Based on what I’d seen of Atlas Rogues in its pre-release coverage, I honestly wasn’t anywhere nearly concerned about once again getting caught in my typical strategy game “death spiral.” I was wrong, yet I don’t really understand why.

Set in a world that apes heavily from the Overwatch universe, Atlas Rogues looks to be light on narrative, yet heavy on personality. The intro does a solid job helping to ground the world and establish each of the four main characters available in the current release. Aside from that single initial cinematic, all dialogue is handled through on-screen pop-ups. Hopefully, this isn’t how it will be in the final release, because I found that the conversations played out far better in cinematic form. 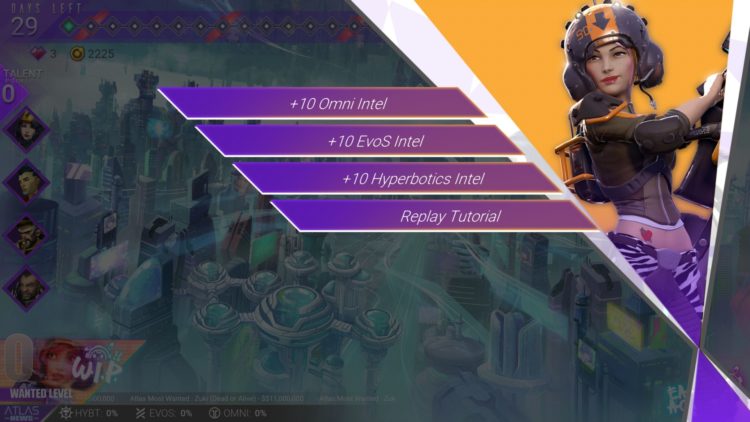 After those pesky narrative elements are out of the way, the meat and potatoes of the core gameplay begin to take shape. Veterans of prior strategy/tactics franchises should know exactly what to expect once the combat gets underway. Every ally character in Atlas Rogues (each with their own customized skills, abilities, and power-ups) has a move and attack stage in their turn. The attacking portion can also be waived in favor of allowing players to “sprint” additional steps. All four characters currently available have their own offensive arsenals, that will likely be adjustable in future builds. Lastly, depending upon the number of points still laying around at the end of each turn, there are also opportunities to kick off fortification moves like extended sprints, sharing a shield with any member of the squad, or queuing up a timed attack to use in the next round.

On paper, this sounds quite a bit like every other strategy game on the market. Further cementing this perception is the extremely limited number of match objectives that are presently available. In my several hours getting a taste for the action in Atlas Rogues, I never encountered an objective other than, “Kill all of the things!” I would’ve hoped to see a bit more variety in the initial offering, but I guess you’ve got to start somewhere. Luckily, I thoroughly enjoyed the actual combat, which made the shallow well of content infinitely more acceptable. Now if only I could get the hang of the camera, because it’s entirely player-controlled, for better or worse. 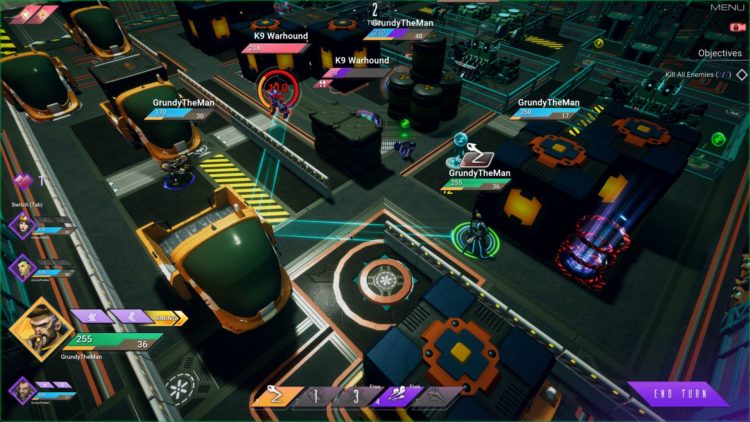 The one mechanic that helps set this title apart from the competition is its persistence between generations. The lore in Atlas Rogues dictates that the entire squad of freelancers has been sent back in time to prevent an impending reactor meltdown a month in the future. If any match results in the entire squad of four perishing, then the generation is over. After, it starts all over again with a fresh batch of days and missions.

Abilities and skills unlocked over the course of generations persist with each character and can be equipped at any time. However, once a skill is applied, it cannot be removed until the next generation starts. On the bright side, if a match is completed successfully, yet any characters were killed in the course of a battle, they will be revived for the start of the next match. It’s only the team wipe that results in a full restart.

One area where the current build lacks direction is any sort of tutorial content. Sure, there’s a single mission that breaks down the battle mechanics and controls. Aside from that, the gameplay in Atlas Rogues is nebulous at best. This is even further driven home by the mediocre UI design, which is so poorly put together that I legitimately thought the game had encountered a bug that was preventing me from actually launching the tutorial. It turns out that this wasn’t a bug at all. In fact, the button to start the battle had been on-screen the entire time, hidden in the bottom-right corner. Granted, this is still very early on in the development process. Hopefully, there are plans to enhance this more in the future. 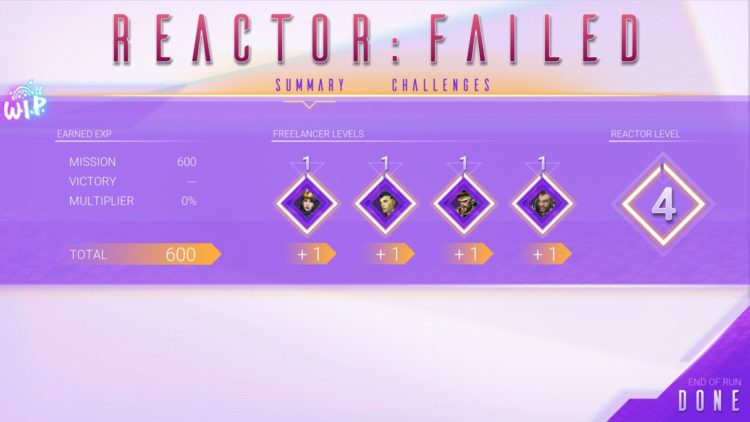 At least in some scenarios, if the UI is well designed, the experience can get away with having less explicit directions and selling itself as an “emergent experience.” Unfortunately, that is far from the case for this mess. For example, how do you apply items to a character? Let’s put aside the fact that in my several hours with the game I’ve never encountered an actual item drop, but if one had dropped, how would they work? Are they one-time use? Are items specific to characters? Do they persist through a full wipe? It’s hard to say whether items are even unlockable in the current build, but if they were more prominent, this would be another strong issue.

Despite having plenty of rough edges that are in desperate need of buffing, I was pleasantly surprised by Altus Rogues. If you’re going in expecting a bare bones experience that will hopefully expand and flourish over time, you’ll likely not be disappointed. Even in its most unpolished and minimal form, it somehow managed to rope me in far more intensely than I would have ever expected. I genuinely wanted to play more, but it felt like I was continuously re-reading the first chapter of a very entertaining book. At this time, it would be hard to justify spending money on such an incomplete product, but given the time to properly grow and mature, this title has an extremely solid foundation to build upon.