Great news, strategy fans: one of this year’s most interesting games is coming to Steam in the near future. It’s Shadow Empire, a fascinating blend of 4X, wargames, and RPGs, and it’ll be arriving on Steam December 3.

Shadow Empire is already on our list of the best 4X games to play this year, and it’s well worth checking out – particularly if you have fond memories of classics like Sid Meier’s Alpha Centauri. It may look like a throwback to the ’90s with its crunchy DOS-style graphics, but Shadow Empire has something for everyone: there’s a complex combat system pulled from wargames, the strategic resource management and exploration of 4X games, and even the character development layer you’d expect to find in Crusader Kings III. It even pulls from Dwarf Fortress in its fiendishly detailed world generation process at the outset of every game.

Since its launch earlier this year, Shadow Empire has only been available from the Matrix Games store. What’s nice about this arrangement, however, is that if you purchased the game directly, you’ll also receive a Steam key when the Steam release becomes available. 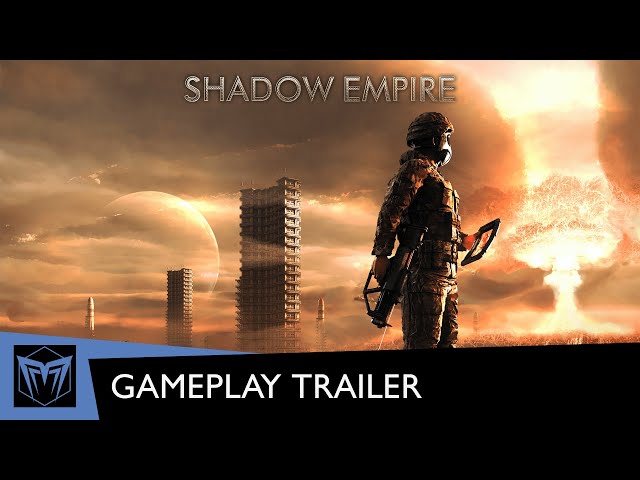 The Steam launch of Shadow Empire comes alongside a major update for the game that adds air forces to the sci-fi post apocalypse. You’ll need to take your planet’s characteristics into consideration when you start building an air force, mind you – planets can have high or low relative gravity, or you might be operating on one that doesn’t have an atmosphere. These factors will all figure into how important air combat is in your game, and how it’ll play out when it does.

Owners of both the Matrix version and the new Steam edition of Shadow Empire will get this patch when the game arrives on Steam December 3.