Digital Extremes is releasing the follow-up update to Warframe‘s gooey, grotesque summer expansion Heart of Deimos this week on PC. This one is called Deimos: Arcana, and it’ll give you the chance to return to Cambion Drift and strike back against the Infested.

There’s plenty to do as you can take on new Isolation Vault bounties while exploring uncharted caverns deep within the Infested Moon. There’s also a new slate of infested weapons and a new sword-wielding Necramech called the Bonewidow, so you’ll have plenty of firepower to call upon. If you fancy getting creative with your builds, you can call upon a heap of new Augment Mods for Gauss, Garuda, Revenant, and Wisp.

You’ll find plenty of familiar foes to test out your new power on, but there are some new ones, too. The Mitosid, which was previously known as the Splitter, uses vibrations to feel out its environment and will split itself in two if you let it. So, eh, do be careful. If you’re more of the peaceful sort, though, there’s more fishing and conservation work to be done. There are two new species of fish – the parasitic Flagellocanth and three-tailed Lobotriscid – for you to reel in, and two new Infested beasts for you to capture and protect.

While Digital Extremes has revealed the update is coming to PC this week, we don’t have a more specific time beyond that. You can catch a tease of Deimos: Arcana’s Bonewidow down below in the meantime: 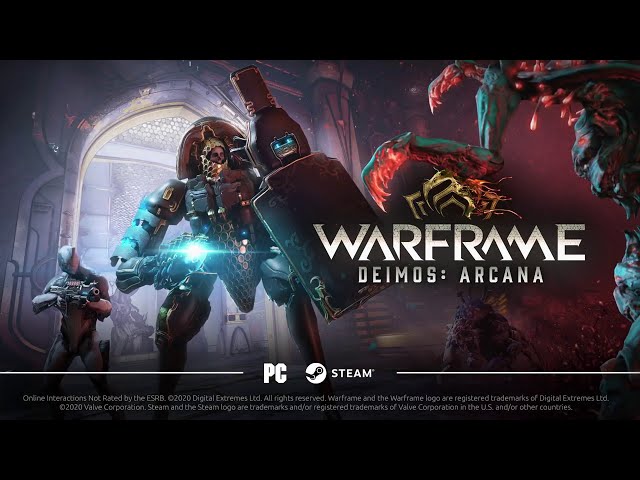 If you’re looking for some more space games, you know where to click.