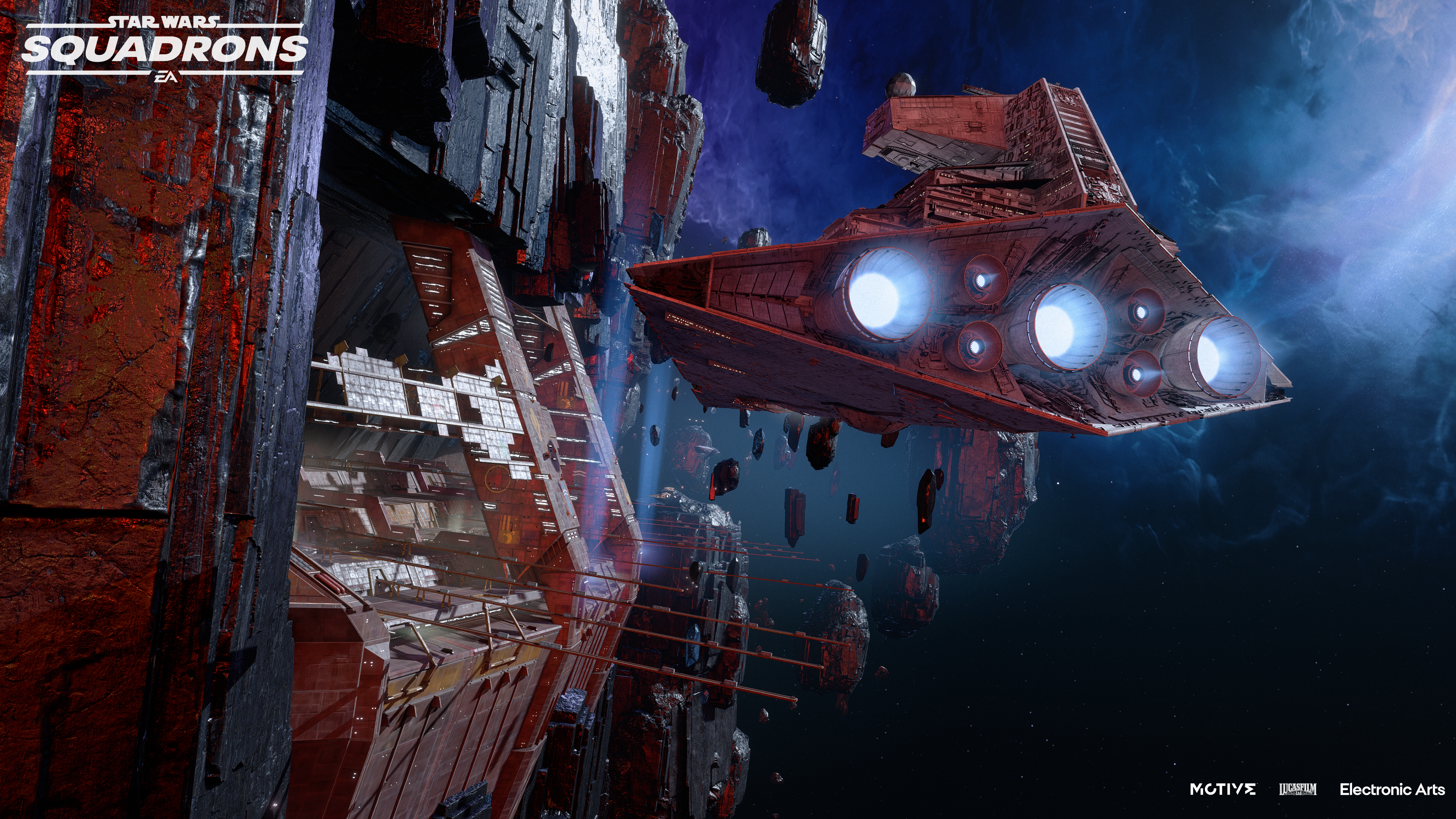 Motive has announced what’s in store for Star Wars Squadrons players this month and December.

For Star Wars Squadrons players this month, you can expect a new map with update 3.0 on November 25.

The new map is Fostar Haven for multiplayer which you will remember from the single-player story. In this update, the map will be added to Fleet Battles and the Dogfight mode.

It has been updated from its story mode to provide a new experience that should fit well with the other six maps.

With the update comes four new components. For Fighters and Bombers, you’ll be able to use the Boost Extension Kit, a component that, when used, gives your starfighter a full boost. Interceptors and Fighters will be able to provide more assistance against capital ships and flagships with Ion Rockets.

Bombers and Fighters will receive Prototype Piercing Torpedoes, which provides a new tactic for taking on capital ships. Finally, the U-wing and TIE reaper will be getting a new way to support their allies with the Anti-Material Rocket Turret.

With the update you can also expect additional fixes, balancing changes, and tuning.

Come December, update 4.0 will not only include bug fixes and other changes but Two New Starfighters: one for the New Republic and the Galactic Empire.

The New Republic will be getting the B-wing starfighter and the Galactic Empire TIE/d “Defender” multi-role starfighter.

The B-wing will be categorized as a Bomber-class starfighter and the TIE defender will be a Fighter.

In December, you can also expect custom matches which will allow one to five players per side across two teams to play on any maps on both Dogfight and Fleet Battles.