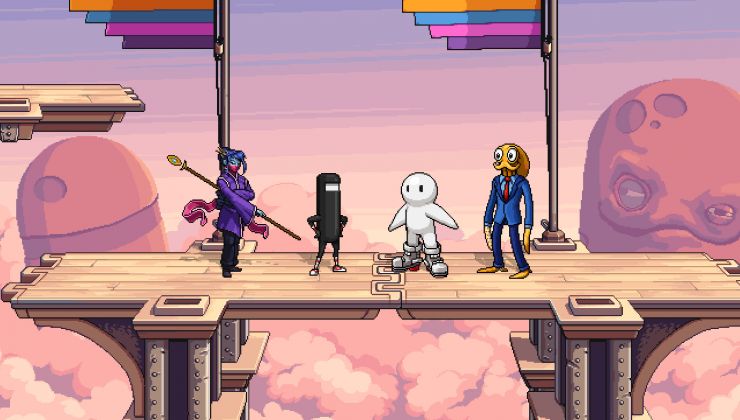 Fraymakers is a brand new platform fighter coming from McLeodGaming, the creators of Super Smash Flash 2 which is the most popular Smash Bros. fan-game on PC.

What sounds like it really could end up being the ultimate platform fighter, Fraymakers will feature over 80 high-resolution custom animations per character as they’ve “spared no detail or expense”. They’re also releasing it alongside FrayTools, their custom tool they’re using to build all parts of the game as they want it to be highly customizable. It’s also going to have an all-star cast, as they’ve teamed up with several other developers to include some well known characters.

Check out the trailer:

It’s currently crowdfunding on Kickstarter, where it managed to get 100% funded in only around 3 hours which is absolutely insane. Clearly there’s a lot of love for Smash-likes on PC. Against their $46,000 goal, they’re currently looking good at over $73,000 and with 28 days to go they’re clearly going to go much higher. Due to how high they’ve been funded, they’re revealing stretch-goals to unlock features they will add in at specific funding amounts like new characters, new stages, more music and so on.

The great news is that they’re planning full Linux support with it too, as they confirmed to us over email.

You can check it out on Kickstarter and follow it on Steam.