It’ll come to no surprise to those familiar with Spellbreak, the spellcasting multiplayer game from Proletariat, Inc., that it’s got a distinct anime flavour in its artstyle and gameplay visuals. It’s pretty dissimilar from many of the other titles in the multiplayer action and battle royale games space in this sense – and it turns out it was indeed inspired by anime from the 1990s.

We spoke to Seth Sivak, CEO of Proletariat, about Spellbreak and how the studio arrived at the game’s distinct artstyle and visuals. “The goal for the style was to make something unique that would resonate with players,” he told us. “There are so few action multiplayer games that are not sci-fi or military themed. Our art director took inspiration from popular anime in the 90s with a goal to provide a painterly and hand drawn feel. I think he nailed it.”

While the game isn’t strictly cartoon-like in its visuals like a lot of other anime games, it’s got a Breath of the Wild-like, cel-shaded look that makes the connection between the title and classic anime clear – for example, it’s a little reminiscent of Dragon Ball Z.

Check out a trailer here if you’re keen to take a peep at the game: 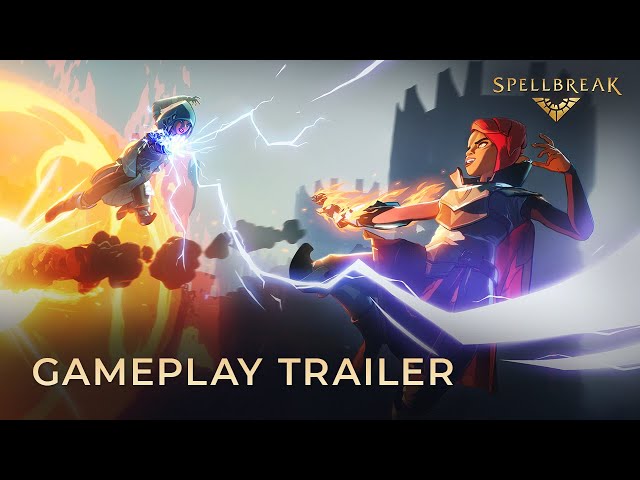 Additionally, Sivak discusses what sets the game apart from others in the genre in terms of its gameplay, telling us: “Spellbreak has a totally new style of combat that players have not experienced before. Usually the game modes players can play in Spellbreak would be built around shooter gameplay, but Spellbreak is something different.

“Combined with our goal of storytelling and the future opportunities of large group features like guilds, we feel that Spellbreak is building a very different sort of online multiplayer game.”

The game is free to dive into on the Epic Games Store now if you’re tempted to give it a go. Or, you can always take a look at our list of the best free PC games for some other ideas of what else is out there to try.