The Old Hero may seem tough, but he’s one of the easiest bosses in Demon’s Souls with the right strategy. The Old Hero is blind, so he relies on sound to sense you. Knowing this, the best way to fight him is to either equip the Thief’s Ring in body form or die and stay in soul form (which makes no noise).

Be sure to do one or the other to make this fight significantly easier and much more manageable.

The easiest way to defeat Old Hero is by using hit-and-run tactics. Sneak behind him and start attacking him until he roars. Then roll away and wait for him to swing and start walking again. Repeat this until he’s dead. 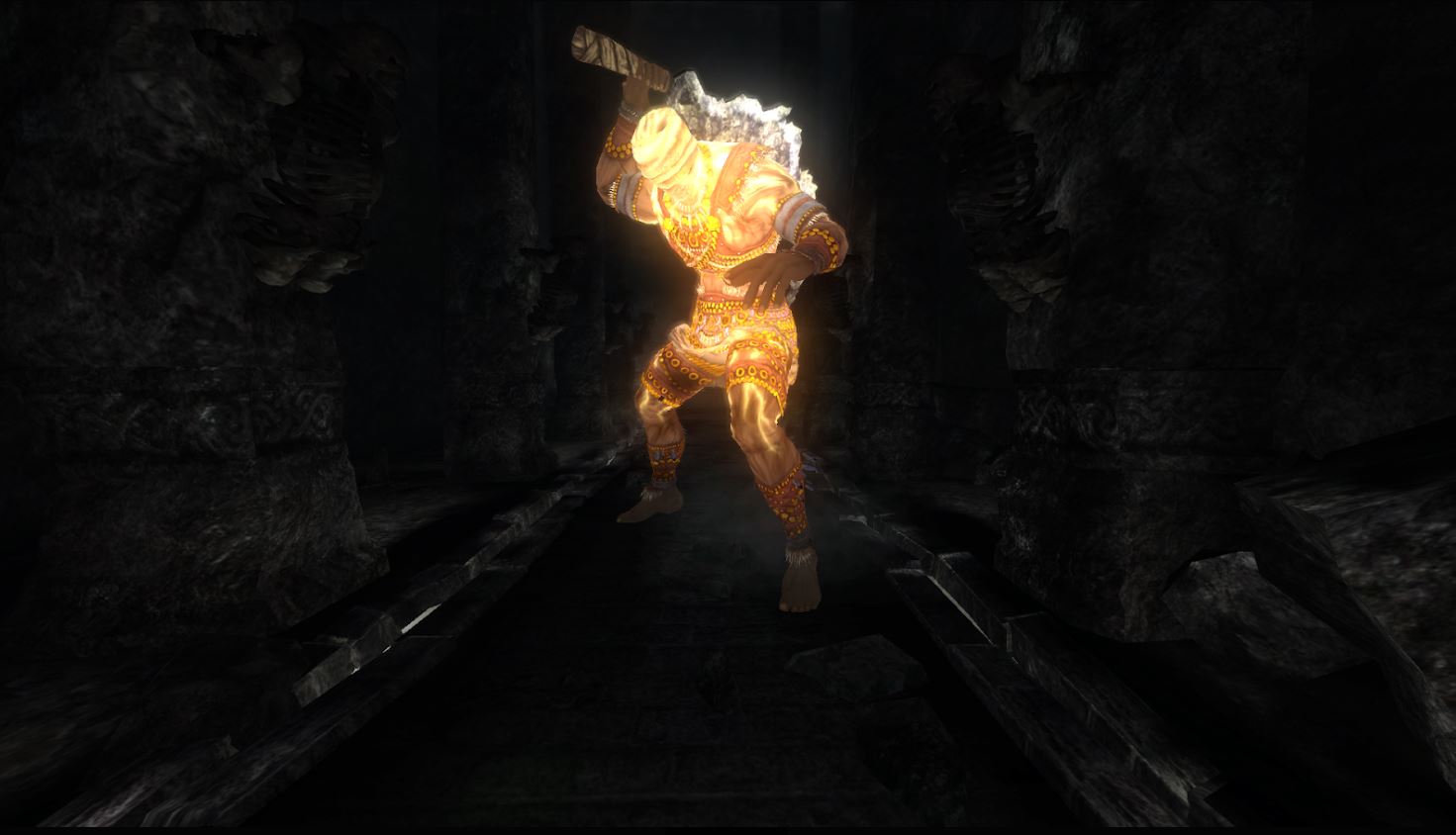 If you have Firestorm, you can use it for an even easier way to defeat him.

You can learn Firestorm from Yuria after defeating Dragon God in World 2-3. Sneak up on Old Hero and cast Firestorm directly on top of him. This attack spreads out and hits multiple times, so it’s extremely damaging and can defeat him in one cast if the full Firestorm lands.

The Poison Cloud method is by far the easiest and safest; although it’s extremely time consuming.

You can learn Poison Cloud from Sage Freke by defeating Leechmonger in World 5-1. After entering the room, sneak up and cast Poison Cloud on him. You should see him get poisoned and his health slowly drain.

Then run to the back left corner by the stairs. Stay in this corner and wait for the poison to run out. As soon as you stop hearing the poison sound effect and see his health stop draining, sneak up on him again to recast Poison Cloud. After a while, the poison will finish him off.

After defeating the Old Hero, you will receive the Hero Demon’s Soul. This soul can create the Large Sword of Searching at Blacksmith Ed. With this soul, you can also learn Second Chance from Saint Urbain, the most overpowered spell in the entire game. Second Chance revives the caster back to 50% health if they die while the spell is in effect.