Leechmonger can be one of the easier bosses in Demon’s Souls if you know how to approach the fight. He is incredibly weak to fire, so having anything with fire damage will melt him almost instantly.

The Leechmonger has four different attacks that can be devastating, but are easily avoided.

Enter the fog gate and carefully head down the platforms to the Leechmonger. Before dropping down to attack, make sure to use Turpentine to buff your weapon with extra fire damage or equip the Dragon Long Sword +1 if you picked it up in World 2-2.

Run up and spam R1 into him until he starts to swing. Back up and wait for him to finish attacking, then run back in and attack some more. If you ever need to heal, just back up away from the boss, as he has no real ranged attack. The Leechmonger should be toast in no time.

If you’re using ranged, you can drop down on the platform just above Leechmonger. Be sure to lock on and attack away.

From here, he will only use his leech ball attack, which can be tanked and healed through. If you have Flame Spray, be sure to equip it to melt him quickly. You can learn Flame Spray from Sage Freke after defeating Armor Spider in World 2-1. 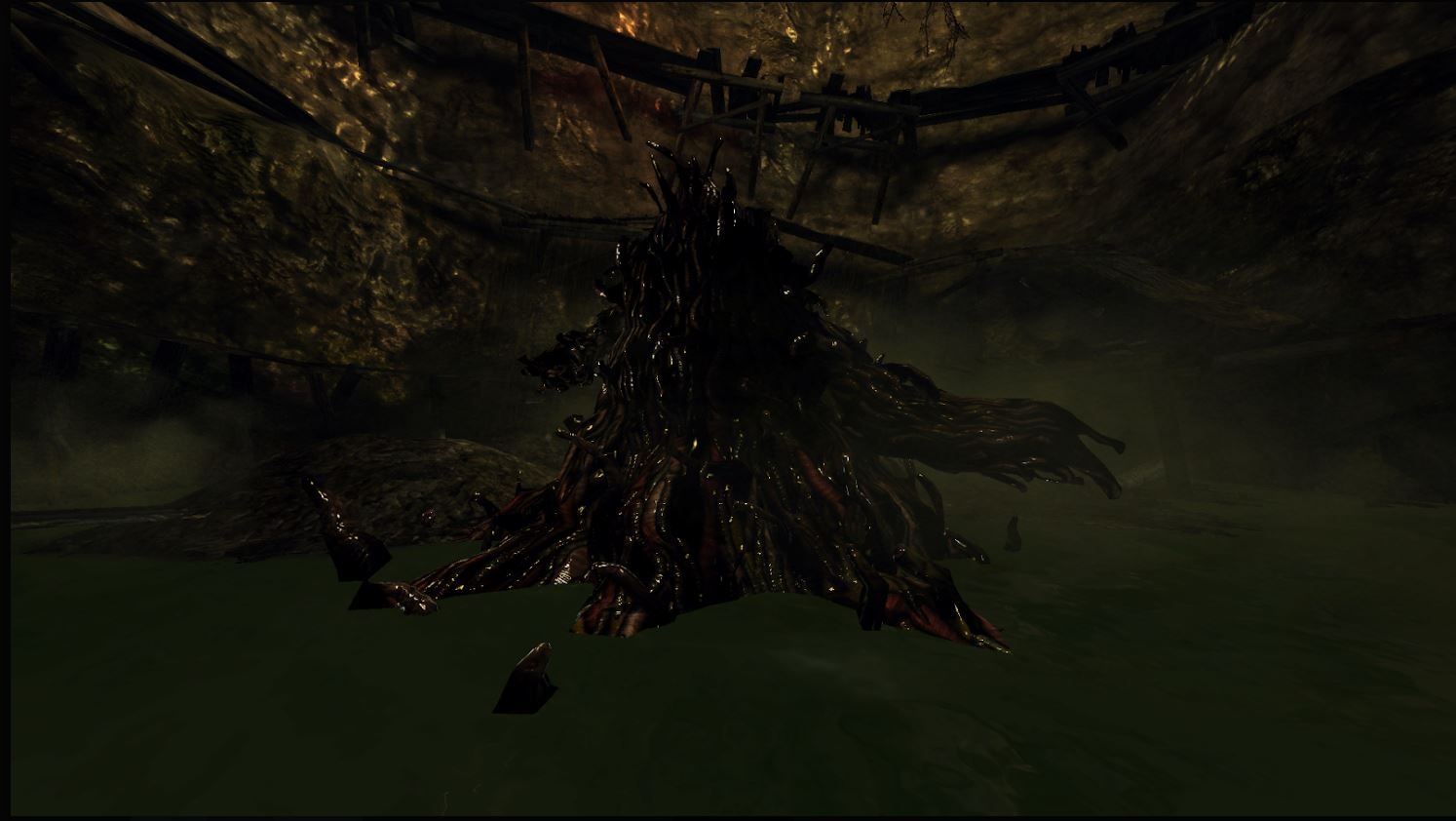 You can kill Leechmonger near effortlessly in two different ways:

The quickest way is to use Firestorm on him. You can learn Firestorm from Yuria after defeating Dragon God in World 2-3. Run up and cast Firestorm directly on top of him. This attack spreads out and hits multiple times, so it’s extremely damaging and can defeat him in one cast if the full Firestorm lands.

The second way is to use a Lava Bow and hyper mode.

You can make the Lava Bow at Blacksmith Ed after defeating Armor Spider in World 2-1. Hyper mode can be achieved by equipping the Clever Rat’s Ring and/or Morion Blade when you are below 30% HP to increase your attack power by up to 140%.

You can find the Clever Rat’s Ring outside the boss fog in World 3-1 in the middle of the ballista hallway. You can create the Morion Blade at Blacksmith Ed after defeating the Storm King in World 4-3. Equip the ring, offhand the sword, and take enough damage to get to 30% health. You can equip the Magic Sword “Makoto” if you have it for an easy way to drain your health. You’ll know you’re at 30% when you see a rat icon below your stamina bar.

Enter the boss fog and immediately pull out the Lava Bow to begin firing arrows down at the Leechmonger. The only thing he can do from this distance is try to regen, and we will be able to easily out damage it and eventually kill him.

After defeating the Leechmonger, you will receive the Wriggling Demon’s Soul. You can use this soul to learn Poison Cloud, a spell that can trivialize certain bosses in combination with Thief’s Ring. You can also use it to learn the Cure miracle from Saint Urbain.