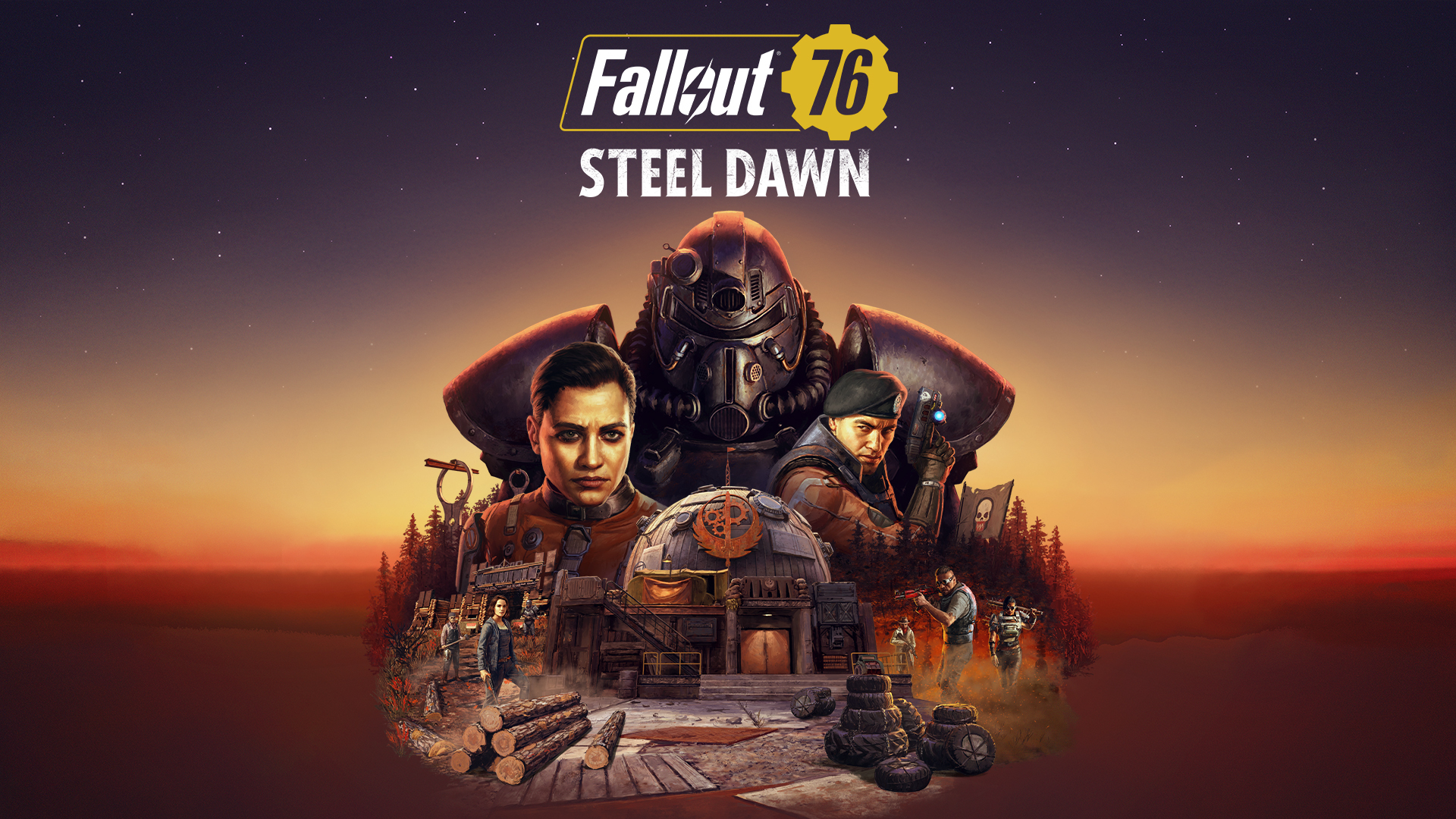 The Brotherhood of Steel is coming to Appalachia in the Fallout 76 update Steel Dawn.

The next free update for all Fallout 76 players is Steel Dawn, and it releases on December 1.

This is the first chapter of the Brotherhood of Steel questline and expands on April’s Wastelanders update, adding new NPC’s, new locations to visit, C.A.M.P. Shelters, new weapons and armor to earn, and more.

Alongside the return of the Brotherhood, Steel Dawn introduces a new Season, beginning December 15, and the S.C.O.R.E. board as well as many additional improvements to the game.

In the update, Paladin Leila Rahmani and her troops have arrived from California to establish a new Appalachian chapter.

You will work with or against other Factions and visit settlements with new NPCs and unlock weapons and armor from the Brotherhood arsenal.